Trump is back to going big on coronavirus conspiracy theories 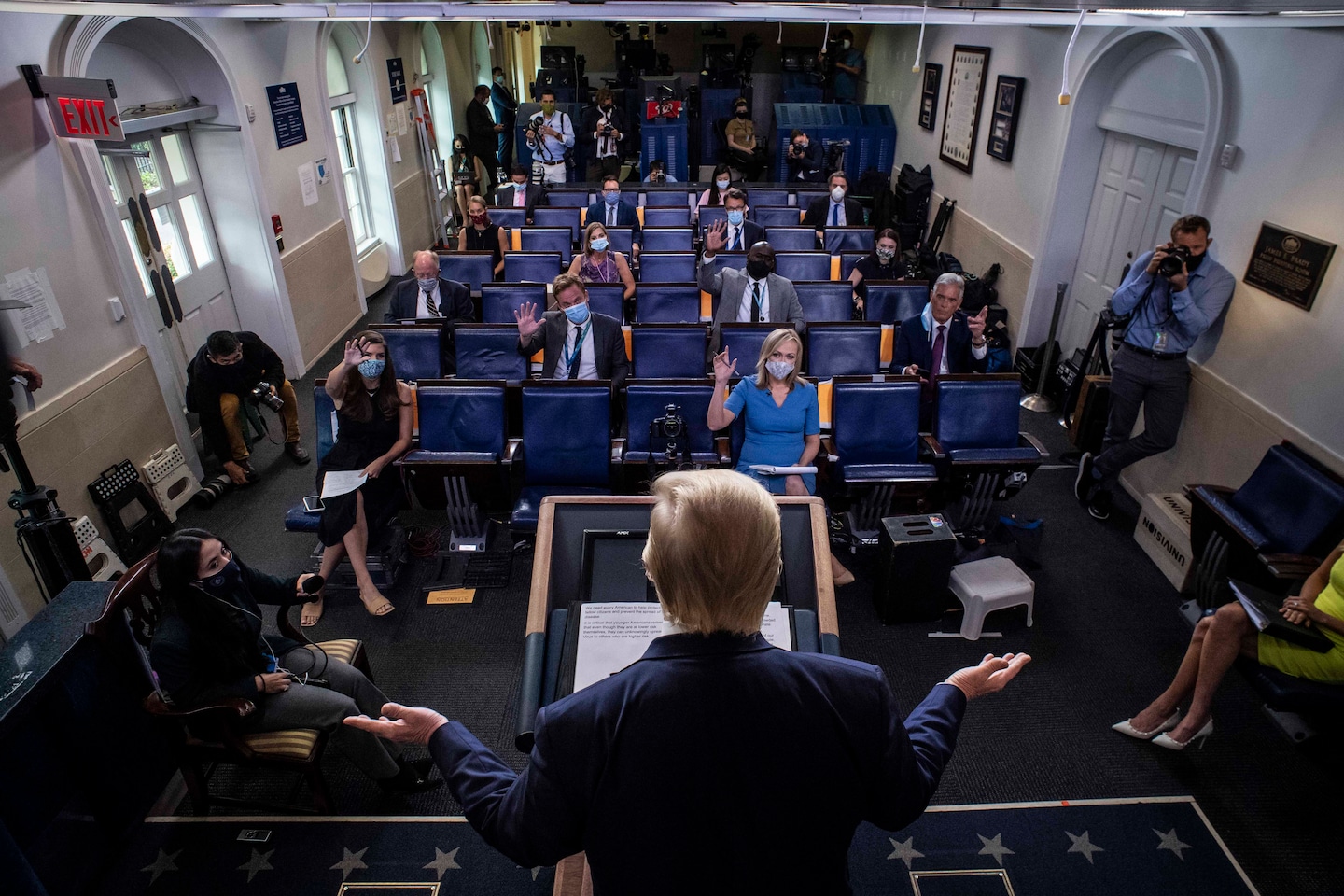 But he’s also back to promoting blatant falsehoods and conspiracy theories about the virus. In his briefing Tuesday, he …

Incorrectly said the country’s coronavirus outbreak was in just a few states and nowhere else. “We’re seeing improvements across the major metro areas and most hot spots. You can look at large portions of our country. It’s corona-free,” he said. That’s just not true. According to cases and deaths tracked daily by The Washington Post, most states have seen increases in cases this past week. The death toll is ticking up as well. While two of the hardest-hit states right now, Florida and Arizona, are seeing their cases declining a bit, they still have some of the highest rates of the novel coronavirus in the nation right now. The national daily count of coronavirus cases is among the highest it’s ever been in the United States, nearly hitting 60,000 on Tuesday.

Spent a significant chunk of time claiming hydroxychloroquine, an antimalarial drug that has not proved to prevent or help treat the coronavirus, is helpful.

Here’s what he said:

That’s the recommendations of many other peoples and people, including doctors. Many doctors think it is extremely successful. … But many doctors think it’s extremely good and some people don’t. Some people think it’s become very political. I happen to believe in it. I would take it. As you know, I took it for a 14-day period. And I’m here, right? I’m here. I happen to think it works in the early stages.

There’s plenty of evidence to the contrary. One of the first major studies on this, published in June, found it failed to prevent people from getting the coronavirus.

Last month the Food and Drug Administration pulled its early approval to use the drug in emergencies (an approval that came only after Trump hammered on it). “It’s not going to hopefully hurt anybody,” Trump said Tuesday, an argument he’s repeated for months. But that ignores that in one large study, the drug was found to lead to an increase in deaths in coronavirus patients.

Doubled down on sharing a video this week from a controversial group that questions masks and champions hydroxychloroquine. The video he and Donald Trump Jr. shared included a doctor, Stella Immanuel, who espouses extreme conspiracy theories that seem designed to keep people distrustful of modern science, like that DNA from space aliens is infused in medicine, or that sexually transmitted diseases and infertility come from having sex with demons.

“I thought she was very impressive,” Trump said, when asked about her at the briefing. “She’s said she’s had tremendous success with hundreds of different patients, and I thought her voice was an important voice.”

In other words, as the coronavirus rampantly spreads in the United States, Trump thought it was valuable to inject misinformation on subjects he has undoubtedly been counseled on by some of the nation’s leading health experts. Why?

“They only take down conservative voices,” Trump complained, inaccurately, of social media companies on Wednesday outside the White House.

At the briefing Tuesday, CNN reporter Kaitlan Collins tried to ask Trump more about how this matches up with his urging of Americans to wear masks, and he abruptly ended the briefing.

Before that, he wondered aloud why Americans don’t like him as much as Anthony S. Fauci, the government’s leading infectious-disease expert. Public opinion polls regularly show Fauci as the most trusted voice in government. Trump is the least. Yet he mused:

For the most part, we’ve done pretty much what [Fauci] and others, [White House coronavirus task force leader Deborah Birx], who are terrific, recommended. And he’s got this high approval rating. So why don’t I have a high approval rating, and the administration, with respect to the virus? … It sort of is curious. A man works for us, with us, very closely. Dr. Fauci and Dr. Burke are highly thought of. But nobody likes me. It can only be my personality, that’s all.

Even though his advisers have since repeatedly pressed on him the health, economic and political urgency of getting this pandemic under control, he is still in denial about it. The president chooses instead to live in “a positive feedback loop of overly rosy assessments and data from advisers and Fox News; and a penchant for magical thinking that prevented him from fully engaging with the pandemic,” write The Post’s Ashley Parker and Philip Rucker.

To give such a conspiracy-theory-laden briefing from the podium of the White House, and then wonder why he’s not trusted by Americans, only underscores that Trump is deep in denial on the virus, at the same time he’s clearly worried about its impact on his reelection chances.