Washington’s NFL team is engulfed in chaos. Ron Rivera has a history of thriving in it. 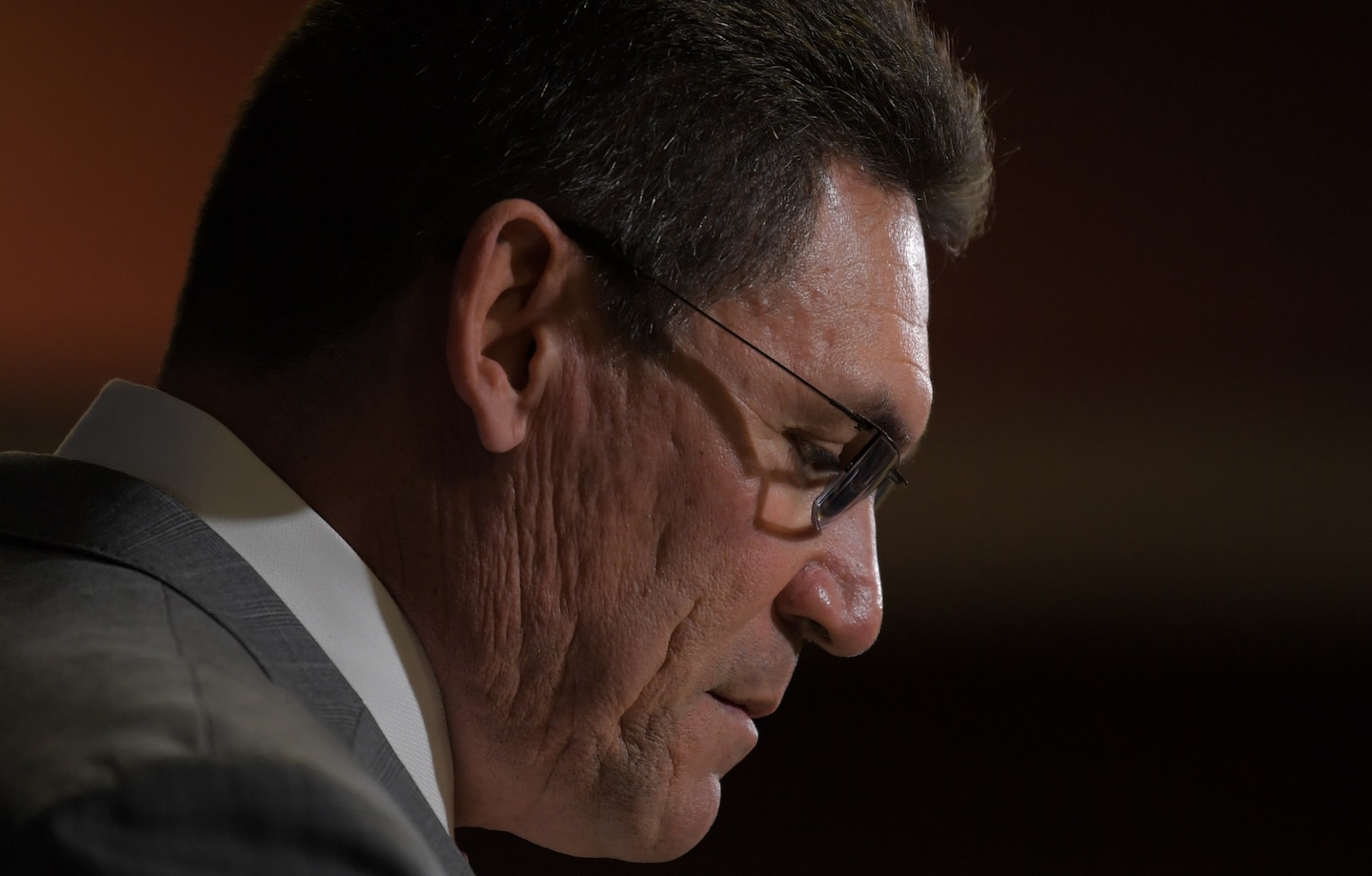 The players were arriving for novel coronavirus tests that would be given in a trailer outside the headquarters. Everyone wore masks, and as Rivera moved to say hello, he realized how few of them he actually recognized with faces wrapped in cloth. They were strangers bound in the pursuit of a winning culture Rivera desperately wants to build, and it must have seemed like the oddest way to begin, with blank stares on steaming asphalt and no one sure of where everything is headed next.

Even when Rivera described the camp’s daily schedule — the one line of structure head coaches value more than anything else — he was uncertain. Everybody is uncertain. The guidance offered from the NFL and NFL Players Association’s latest agreement is subject to the whims of a virus that rages outside the loose bubble that will be his first Washington training camp. A run of bad results in these NFL testing trailers could shut down things for days, weeks and maybe the season.

A lot has happened that no one could have expected when Rivera took over a 3-13 team with an inexperienced roster. But the disarray might create an opportunity. Those who have been with Rivera say he manages disaster better than anyone they know in football. They use words such as “calm” and “steady” and say he never rattles in moments of crisis. In several of his nearly nine seasons as the Carolina Panthers’ head coach, his teams stumbled at the start, only for the Panthers to get hot in November and December, salvaging seasons because no one broke when things seemed bleak.

“He has always maintained a composed demeanor, which helped me tremendously,” former Panthers center Ryan Kalil said this summer. “The NFL season is a roller coaster, and he won’t ride it — down or up. He’s an eternal optimist, and . . . his calm demeanor didn’t always reflect the reality of turmoil or defeat.”

The thing about a lot of NFL coaches today is that they panic. The pressure is huge, and many of them are getting head coaching jobs based less on their ability to stand before a group of alpha males and lead and more on their connections to a famous coach or knowledge of a particular offensive system. The reason many around the NFL have said Rivera will work in Washington, despite the franchise’s perpetual upheaval and team owner Daniel Snyder’s volatility, is that he doesn’t get sucked into the whirlpool of chaos.

In absence of this he has led weeks of Zoom meetings that players have described as orderly and insightful. He gave an introductory address to them virtually in which he set a list of expectations for what they will do and how they will act. Some of those more experienced players, accustomed to the past tumult of this organization, said they came away with a clear understanding of what will be expected.

All around there is confusion. Rivera, as Snyder’s choice to be the franchise’s lone voice, has had to jump into organizational issues that should be no football coach’s responsibility, but he has not complained. In an interview July 4, he said he welcomed the challenges, even though plowing into issues such as the team name and the club’s response to George Floyd’s death have taken considerable energy. Rivera launched a version of the Black Engagement Network to help team employees better understand the issues faced by Black people and established a chapter of the Players Coalition, the group founded by Anquan Boldin and Malcolm Jenkins to give players a platform to push for racial equality.

The opportunity of this crazy summer for Washington will not come on the practice field. The team isn’t experienced enough or deep enough offensively to be considered a likely playoff contender should there be a season. These next few months are for building, for establishing a system, for instilling the culture Rivera has talked a lot about creating.

And this is the break Washington just might have right now. Rivera is getting his players at exactly the worst moment for a football team, a time filled with nothing but the uncertainty that devours coaches who are poorly equipped to handle it. Riding out disaster should be his greatest attribute. What better time to show that than now?

“One thing is that everyone is starting with a clean slate and no one is starting with any bad habits as far as the way you do things,” Rivera said Tuesday, which was technically the first day of the strangest training camp they will ever have. “Correcting guys should be easy. . . . This is how we want to do things. You have to learn this.”

If he can get them to build a foundation amid the chaos of this summer, it might be easier to win for real when normal comes back.