A woman was hospitalized with covid-19. One of her aides turned out to be her long-lost sister. 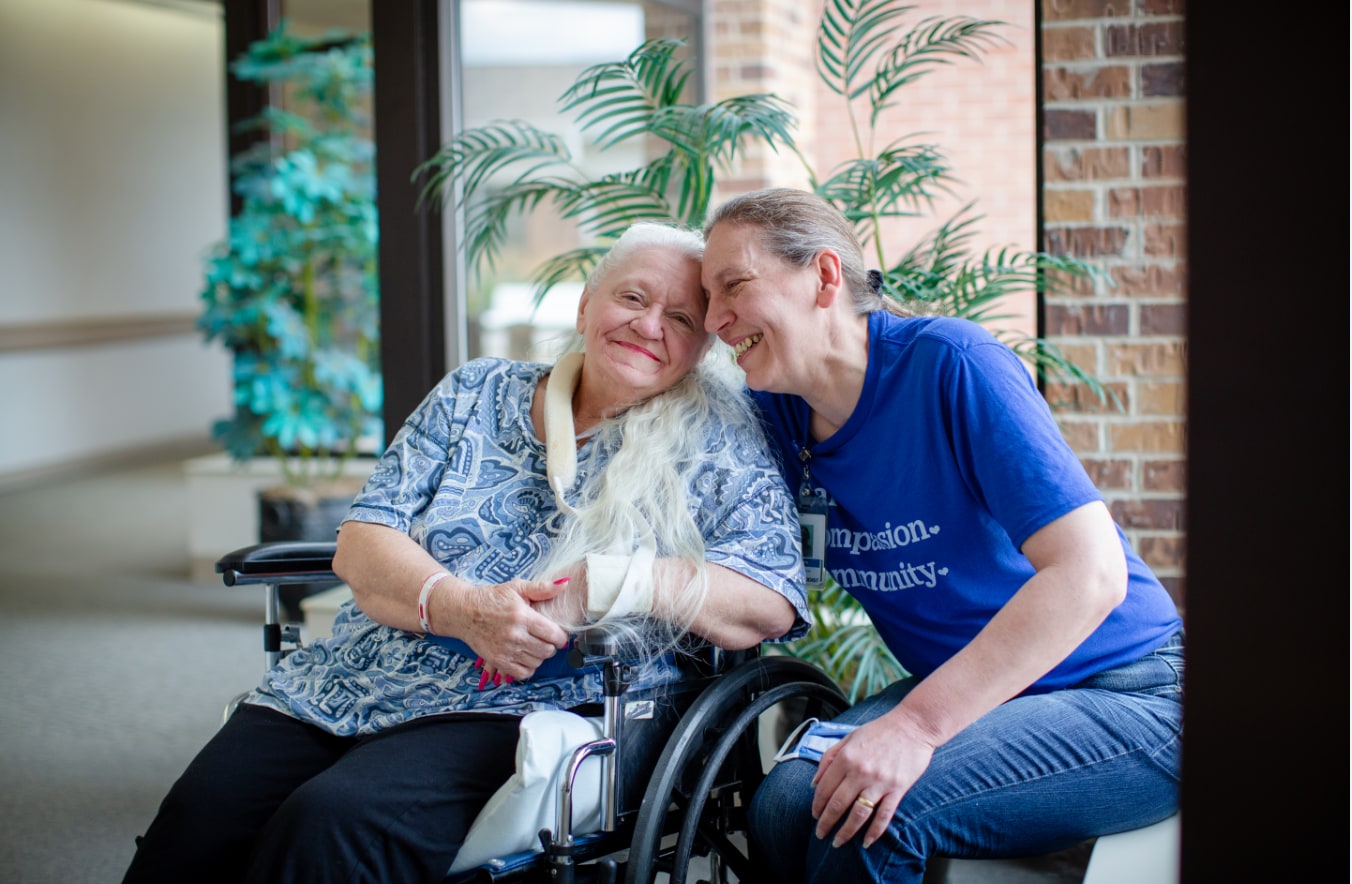 The unlikely reunion was set in motion in May when Crippen, 73, was diagnosed with covid-19.

She initially thought she had the flu and spent days in bed feeling exhausted and generally unwell, she said.

“I just kept getting weaker and weaker,” Crippen said.

One day while at her apartment in Omaha, she reached for a glass of water.

“I fell right off the bed,” she said, adding that she was too weak to pick herself up off the ground.

Crippen, who lives alone, lay helplessly on the floor for more than 24 hours before her son found her and rushed her to the hospital. An X-ray revealed that she had broken her arm. And she tested positive for covid-19.

Crippen was hospitalized for more than a month at Nebraska Medicine, where she said she was not sure if she would survive.

She did, and once she had recovered from the virus and tested negative, Crippen was sent to Dunklau Gardens — a rehabilitation center and nursing home in Fremont, Neb., associated with Methodist Fremont Health. Boro has worked there for more than two decades.

Neither sister imagined they would find each other, let alone like this.

Boro and Crippen share the same father but were born to different mothers. Their father had been married three times and had 10 children. Crippen is the oldest and Boro is the youngest.

Crippen, who was 20 years old the last time she saw Boro, was raised by her mother and stepfather.

When Boro was less than 6 months old, the state of Nebraska deemed her parents unfit to care for her and her three siblings, who subsequently entered the foster care system and were separately put up for adoption.

Both women grew up in Nebraska and knew each other’s names. They spent years searching for each other, but never had any luck until now.

“When I saw Doris’s name on the patient board, I was so nervous,” said Boro. “My heart was racing.”

She knew Crippen was hard of hearing, so she brought a small dry-erase board with her. On it, in big bold letters, she wrote their father’s name, Wendall Huffman.

“Then I pointed to myself and said, ‘He’s mine, too,’” explained Boro, who also cradled her arms back and forth in a rocking motion to indicate that she was her baby sister. “Then I showed her my badge with my name on it.”

Crippen’s eyes filled with tears. “You have his eyes,” Crippen said, referring to their father, who has since died.

The women, both shocked and delighted, sat speechless across from each other.

“I never thought I’d find her,” said Crippen. “I couldn’t sleep that night; I was just so happy.”

Despite the suffering Crippen has endured since contracting covid-19, she said she considers the fall, her diagnosis and other covid-19 complications “a blessing” because it brought her to her family.

“I am the happiest person in the world,” said Crippen. “I cannot believe I finally found my sister.”

Since they met on June 27, the women have been spending time together regularly, sharing stories and making up for lost time. Over the years, Boro had connected with four of their siblings through Facebook and introduced them virtually to Crippen.

While the women knew nothing about each other when they reunited, “we have a very deep connection,” said Boro. “This experience has changed my life.”

The sisters’ reunion has also brought much-needed hope and joy to the hospital staff during what has been a particularly dark period for health-care workers.

“I tear up every time I hear the story,” said Jayma Brown, director of nursing at Dunklau Gardens. “In the height of the pandemic, it’s just an amazing story.”

The sisters have already started planning a family reunion and are hoping to meet the other siblings from whom they were also separated more than half a century ago.

Boro, who has three children and five grandchildren, said she is most looking forward to introducing her sister to her family.

“I can’t wait to meet my sister’s kids and grandkids,” said Crippen, who has three children and 16 grandchildren.

Her granddaughter, Samantha Crippen, 28, who had tried to help her grandmother locate her siblings, said she is thrilled with the news.

“My mind is blown,” said Samantha, adding that she’s excited to connect with her new family members. “I couldn’t be happier for my grandmother. She deserves this.”

Crippen’s daughter, Lisa Crippen, 47, agreed. “Mom has been praying to meet her siblings for so long,” she said.

“It’s crazy how without covid-19, they never would have met,” added Boro’s son, Kevin Boro, 32. He has already connected with Crippen on Facebook, and the two have chatted with the hopes of meeting.

Crippen’s path to finding Boro was fraught with pain.

“But this here?” she said, clutching her sister’s hand, “this makes up for everything.”