An American in the FA Cup final? On Saturday, you’ll see it with Chelsea’s Christian Pulisic. 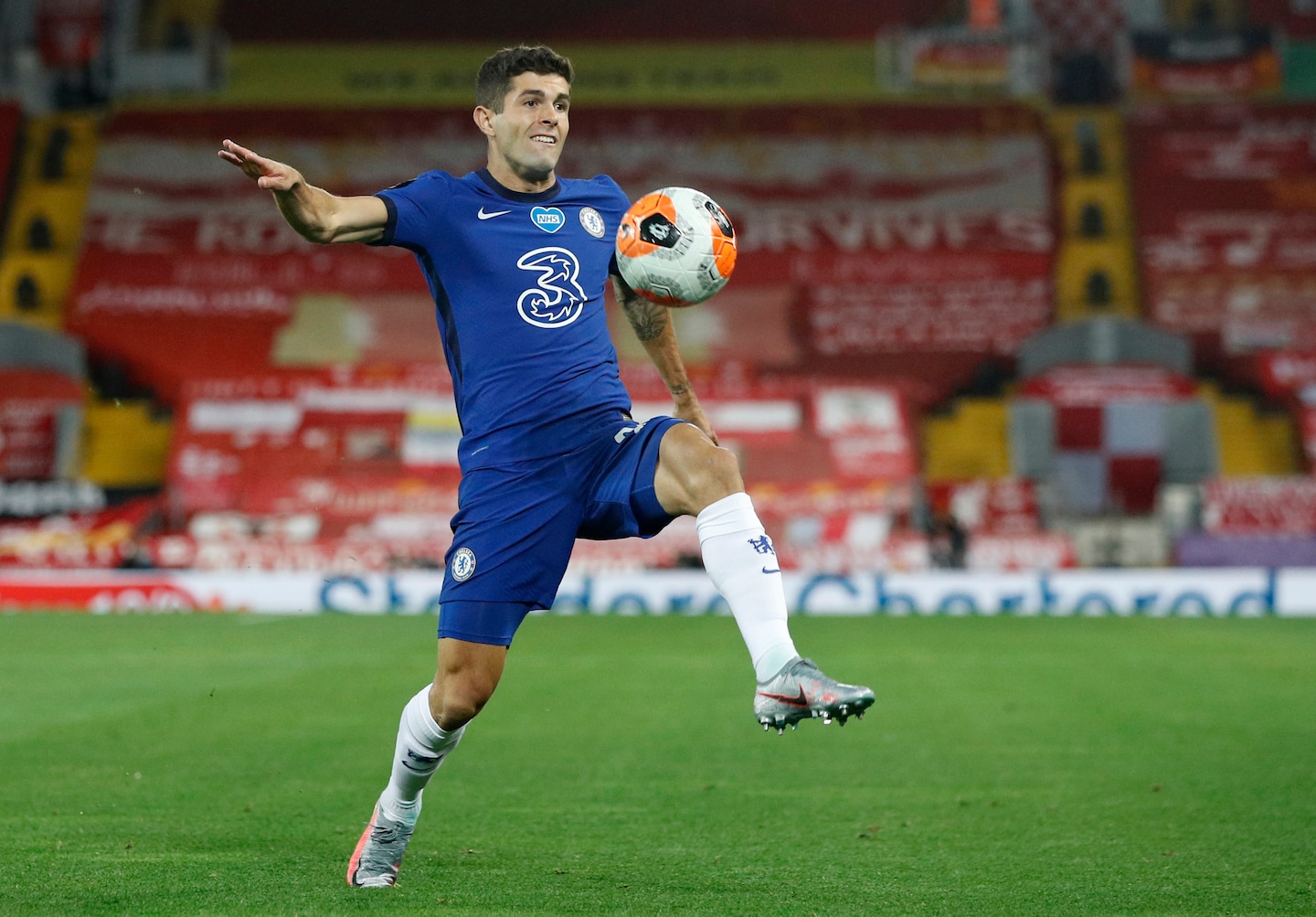 By way of Kearny, N.J., and the University of Virginia, the 26-year-old midfielder had already performed at the world’s most revered stadium twice that spring, in a lesser cup competition. This was different. This was for the FA Cup trophy, which, except in times of world war, has been presented continuously since Wanderers edged Royal Engineers at a cricket ground in 1872.

An American in the FA Cup final? Harrumph. Like a Brit starting Game 7 of the World Series.

It’s an exclusive club, one that, since Harkes’s advancement, has opened its doors to a U.S. national team player twice.

Goalkeeper Tim Howard started in the final for both Manchester United (2004) and Everton (2009). And on Saturday, at a northwest London landmark rebuilt in 2007 for the Olympics, Hershey, Pa., phenom Christian Pulisic is expected to start for Chelsea against capital city rival Arsenal (12:30 p.m. Eastern time, ESPN+).

The 21-year-old winger has been in terrific form since English soccer returned from the pandemic shutdown six weeks ago: four goals, two assists, multiple drawn fouls that led to goals, and a confidence and command that belies age and nationality.

Chelsea finished fourth in the 20-team league, good enough for a place in the 2020-21 UEFA Champions League.

Despite missing two months with an adductor injury, Pulisic recorded nine league goals — the most by an American in England’s top flight since Fulham’s Clint Dempsey (17) in 2011-12.

Chelsea nominated him and French striker Olivier Giroud for the Premier League’s player of the month award. On July 22, after Pulisic posted a goal and assist against champion Liverpool, the BBC named him to the league’s team of the week, adding, “Pulisic is going to be a star next season.”

Chelsea Manager Frank Lampard said, “He is so young and he has such natural talent, and he creates goals and scores goals.”

Pulisic is nearing the end of his first season with Chelsea following a $73 million transfer — a record for an American player — from Germany’s Borussia Dortmund. He is no stranger to big matches: He was part of Dortmund’s German Cup championship in 2017 and has scored three times in the Champions League.

The Premier League trophy is the biggest prize in English soccer, but the FA Cup final offers deep meaning. (FA stands for Football Association, the sport’s governing body in England.)

Arsenal has won it the most times (13), while Chelsea is tied for third (eight).

“I am so happy for him. Those are special moments that don’t come around often,” said Harkes, 53, who, after six seasons in England with Sheffield Wednesday, Derby County and West Ham, captained D.C. United to two MLS Cup titles. He is in his second season coaching Greenville (S.C.) Triumph, the 2019 runner-up in USL League One (third division).

Harkes actually started two FA Cup finals in 1993, because back then, a final that ended in a draw required a replay a few days later. After Sheffield Wednesday and Arsenal played to a 1-1 tie — Harkes assisted on David Hirst’s second-half equalizer — Arsenal prevailed, 2-1, on Andy Linighan’s goal in the 119th minute.

Wednesday made the quarterfinals four years later but hasn’t advanced past the fifth round since. The last time the club was in the first division was 2000. “For us at that time, it was glory years,” Harkes said, “and I just happen to be there.”

Howard was in uniform for three FA Cup finals and started twice. In 2004, he and Manchester United blanked Millwall, 3-0.

A year later, he was Roy Carroll’s backup for defeat to Arsenal in a penalty-kick tiebreaker following a 0-0 draw. In 2009, he conceded Lampard’s go-ahead goal in the 72nd minute of Everton’s 2-1 defeat to Chelsea.

Pulisic is not only an American rarity in the FA Cup final; he is a U.S. rarity in the Premier League. Newcastle defender DeAndre Yedlin is the only other one playing regularly. Several Americans are in the second-tier English Championship. Most of the top U.S. exports compete in the German Bundesliga.

What Pulisic will miss out on Saturday is the FA Cup’s pageantry. For health reasons, Wembley’s 90,000 seats will remain empty and fans have been discouraged from congregating outside the stadium. Typically, Wembley Way, linking the tube station to the venue, is transformed into a sea of colors reflecting the participating clubs.

Nonetheless, Harkes said: “Here we are, many years later. We helped advance the game, and now the next generation of players is coming through. It’s pretty special to see Christian in an FA Cup final. You look at the big picture and you say he does our country proud.”