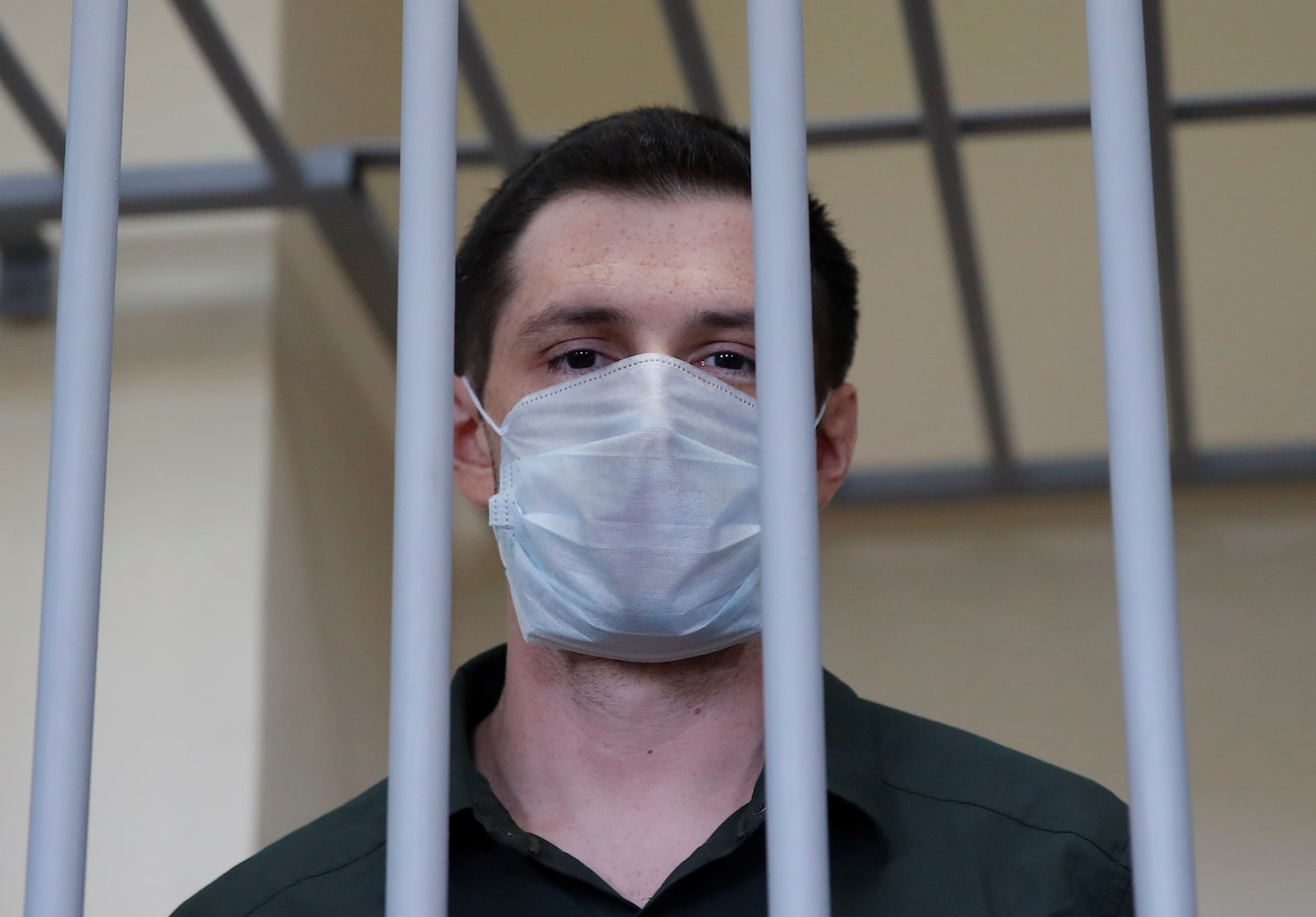 Reed, a student at the University of North Texas, told journalists the case was “clearly political.” The U.S. ambassador in Russia, John Sullivan, described the evidence used to convict Reed as “ridiculous.”

“Today, US citizen Trevor Reed was convicted and sentenced to 9 years in a Russian prison based on evidence so ridiculous that even the judge laughed in court. This was theater of the absurd,” Sullivan tweeted after the verdict.

Reed attended a party for his girlfriend’s colleagues Aug. 15 where he was encouraged to drink a large amount of vodka, according to a statement posted by Reed’s family on a website about his case.

“He has no memory of the evening past drinking vodka and being asked to toast many times,” the statement said. In the early-morning hours of Aug. 16, he shared a ride home with some people from the party, became nauseated and asked to stop the car.

“When the car stopped, he exited the vehicle and started running around near a busy boulevard late at night,” the statement said. Tsybulnik’s co-worker called the police to assist, then left the scene. The family statement said Reed should have been taken to a medical facility instead of being detained.

Police said he resisted arrest as officers tried to calm him down during an argument with two women.

According to the police case, Reed was placed in a police car but attacked the driver, tore his uniform, hit another policeman, caused the car to swerve and created a hazard on the road.

Reed was held in a police cell overnight. By the time Tsybulnik arrived to pick him up the next morning, Reed had been charged with using violence to endanger the life or health of a government official performing his duties, which carries up to 10 years in jail.

Reed pleaded not guilty. He could not remember the events of that night.

A website set up by his father, Joey Reed, cites flaws in evidence. For example, traffic video footage did not show the vehicle swerving, nor did witnesses in the car following the police car to the station see it swerve, it says.

Reed has been in detention since August. He told journalists Monday that he had lost 44 pounds and felt constantly tired.

“Based on the evidence in my case, I think it’s clear what the outcome should be,” he said.

His case follows that of another former Marine, Paul Whelan, a corporate security officer who was convicted of spying last month after a secret trial and sentenced to 16 years jail.

Sullivan called the Whelan case “a mockery of justice.”

Russian media outlets have cited officials hinting at the possibility of a prisoner exchange involving Whelan and two Russian prisoners in the United States, international arms trafficker Viktor Bout and Konstantin Yaroshenko, convicted of conspiracy to import cocaine into the United States.

Whelan’s lawyer, Vladimir Zherebenkov, said last month his client did not plan to appeal because he was hoping to be part of an exchange.

But Sullivan last month brushed off chances of a prisoner swap in comments after the Whelan verdict. “I know that others in the Russian government have suggested this idea, but we don’t trade people,” Sullivan added. “We focus on individual justice.”

A third American, 52-year-old investor Michael Calvey, was detained in February 2019 on suspicion of “fraud carried out by an organized group,” a crime that carries up to 10 years in prison.

His private-equity firm, Baring Vostok Capital Partners, believes he was arrested because of a commercial dispute at a bank, Orient Express, in which the firm holds a stake. Calvey is under house arrest in Moscow.