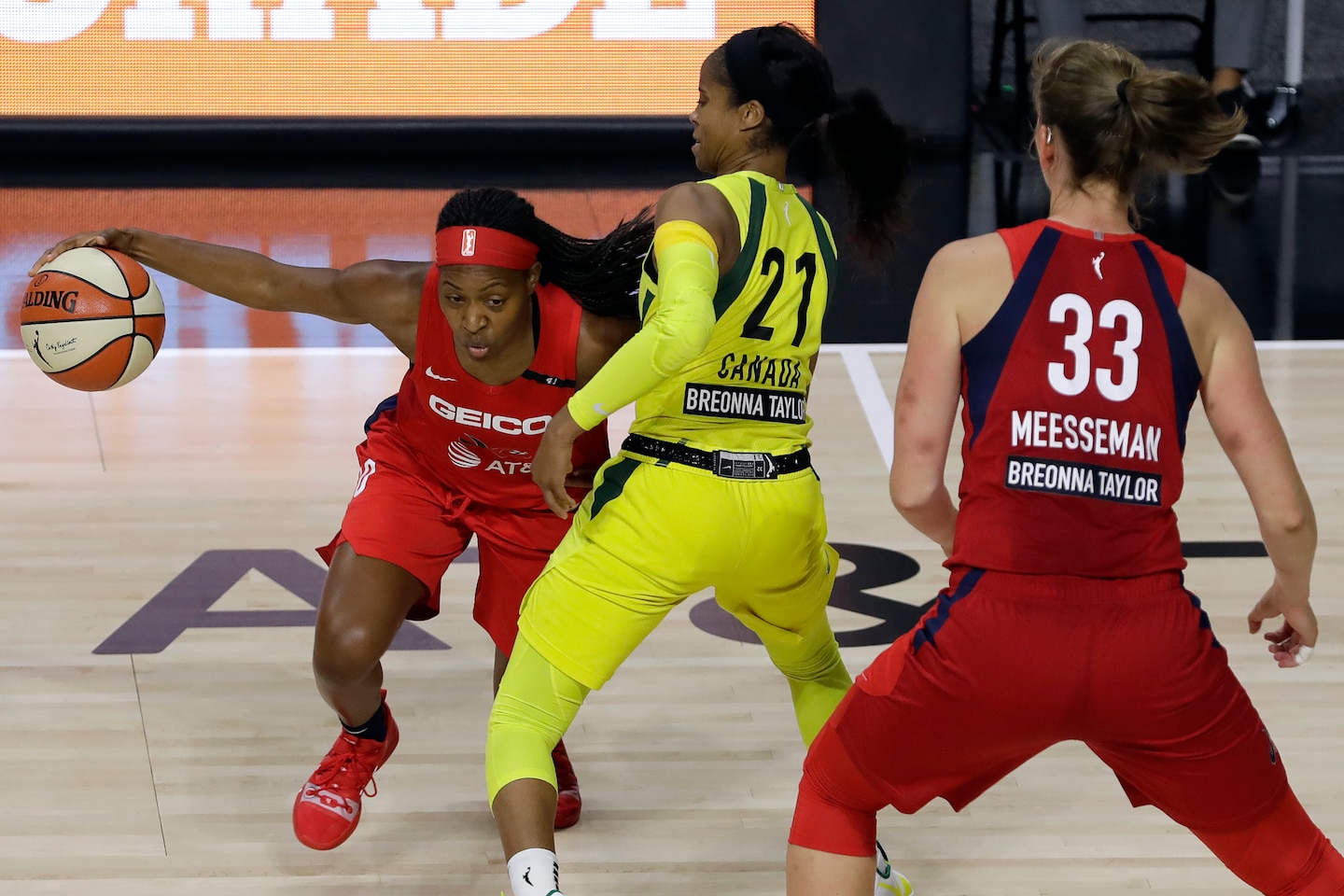 None of that mattered Thursday as the Mystics continued to silence their doubters with another offensive explosion in an 89-71 blowout win over the Storm in Bradenton, Fla., in a game that was never truly close after the first quarter.

Washington (3-0) has scored 284 points this season, the third most in WNBA history through a team’s first three games.

“[I] think we’re just finding a way,” guard Ariel Atkins said. “We’re not getting stagnant. We’re trying to move the ball as best we can. . . . Just taking the open shot [in the first quarter], not passing up the shot. Not only does that work for me, but [it] works for our team. When we take the shots that are open and don’t overpass or overshoot, it gives us the opportunity to do what we do throughout the rest of the game.”

The Mystics showed right away they had no intentions of slowing down, jumping to a 12-2 lead almost before anyone could break a sweat. Seattle (2-1) started 2 for 10 from the field and never really found a consistent groove.

The Mystics beat up on their first two opponents by getting to the basket on a regular basis, but they are still a smallish team without Delle Donne, Charles and Sanders. The Storm got a quick lesson in what the Mystics can do from the perimeter.

Washington knocked down 10 of its first 14 three-point attempts while building a 50-32 halftime lead and finished the night 15 for 32 (46.9 percent) from deep. Six different players hit a three. Atkins had a happy 24th birthday, matching a career high with five threes on her way to a game-high 22 points, and Leilani Mitchell went 4 for 6 from long range. Essence Carson and Kiara Leslie each hit a pair of threes off the bench.

“We’re not going to overpower people in the post every night,” Coach-General Manager Mike Thibault said. “But we do move the basketball. We do force people to help. And we’re willing to make the extra pass. That’s where you end up with 25 assists in a game.”

Another strong defensive effort kept Seattle from finding a rhythm to its offense, and the Storm finished 26 for 66 (39.4 percent) from the field, including 5 for 25 (20 percent) from three-point range, and had 18 turnovers. Bird, a probable future Hall of Famer, struggled after going the first two games without a turnover, committing three Thursday while recording only five points and one assist. Stewart was kept largely in check despite finishing with 15 points and 10 rebounds. The Storm, playing its third game in six days, seemed a bit tired.

Seattle’s lack of crispness hardly mattered the way the Mystics scored at will in the first half. Myisha Hines-Allen was the star in the season opener, and Aerial Powers put on a show the second time out, but Thursday saw a bit from everyone. Atkins was four points shy of matching her career high, and Hines-Allen added 17 points and seven rebounds. Mitchell had her best game of the young season, adding six assists to go with her 12 points, and Emma Meesseman chipped in 10 points, five rebounds, four assists and three steals.

Sami Whitcomb was the only Seattle player other than Stewart to score in double figures, finishing with 11 off the bench.

For the third consecutive game, the shorthanded Mystics allowed their opponent to rally in the fourth quarter, but a four-point play by Atkins extended a 12-point lead to 16 with 4:21 left to play. Ballgame.

“For whatever reason, we just didn’t come out with a whole lot of energy,” Seattle Coach Gary Kloppenburg said. “They’ve got some outstanding shooters. I feel we just gave them too much room. A team gets momentum like that and hits some shots, they get a lot of confidence. . . . It’s going to happen occasionally. It’s hard to pinpoint why. It just looked like we were a step slow on everything that first half.”

Note: Mystics forward Tianna Hawkins missed her second straight game with a lumbar sprain in her back. She is not expected to play Saturday against the Chicago Sky, and Thibault is hoping she can return by the middle or later part of next week.

“She’s not anywhere close to being on the court yet,” Thibault said.

Read more on the Washington Mystics: