‘Spiritfarer,’ a game about the afterlife, seeks to ease the terror of death 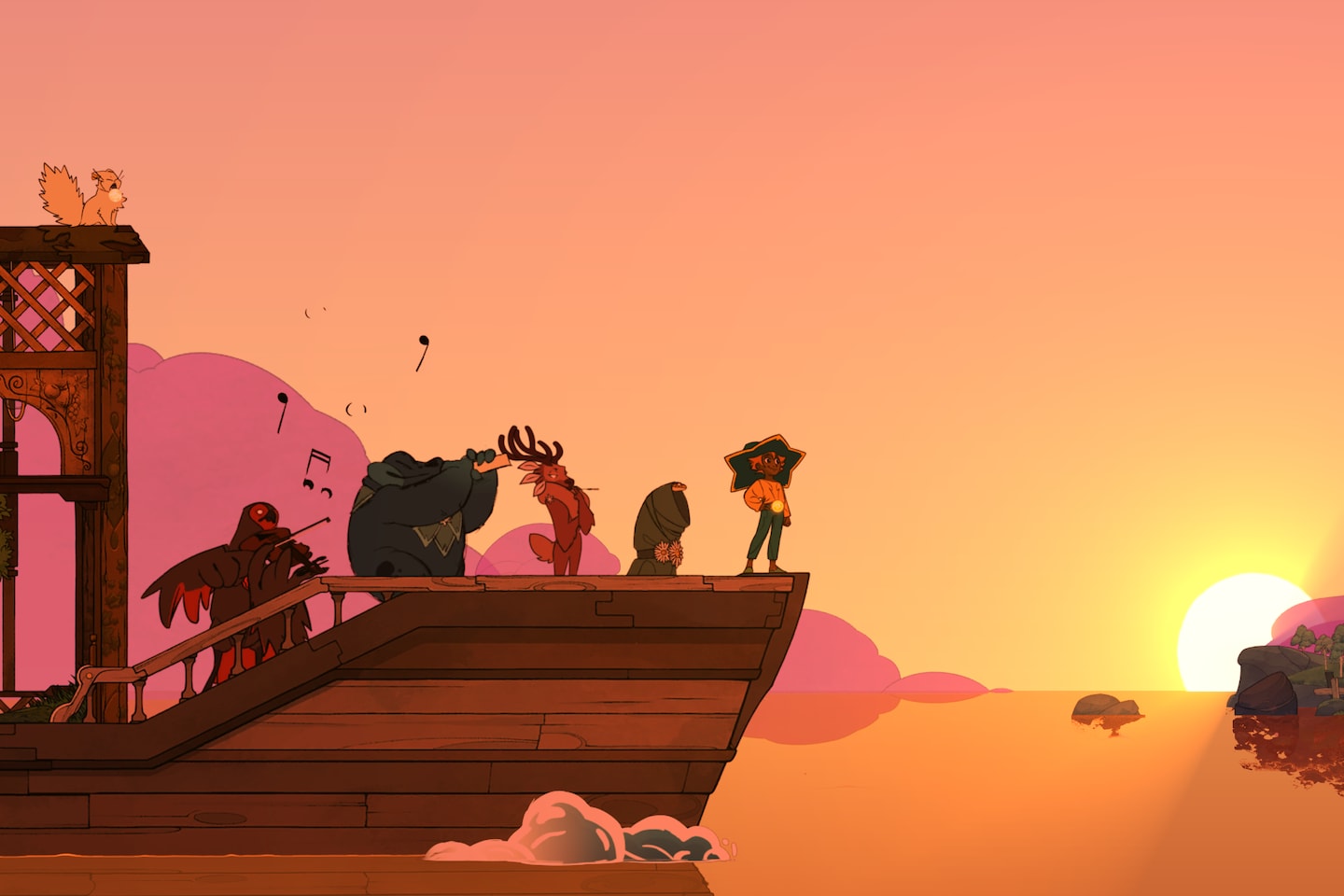 “Spiritfarer,” a game releasing later this year (on several platforms including Switch, PlayStation 4, Xbox One, PC and Stadia), is about guiding spirits to the afterlife. It hopes to make the subject of death comfortable, even cozy, by focusing on relationships and care in people’s last moments while guiding them to the other side. After playing for an hour, I came away feeling hopeful and uplifted, even after experiencing its somber themes.

You play as Stella (or Daffodil, her accompanying cat, if you’re player-two via local or online co-op), a young girl who becomes a new spirit guide to the dead after Charon, inspired by the ferryman of Hades in Greek mythology, retires from that same position. You sail a fantastical world, gathering spirits and convincing them to board your ship. You help them through their problems and encourage them to accept their fates. For creative director Nicolas Guérin, building a death-positive game was cathartic; a way to cope with his own mortality as well as the passing of loved ones.

His whole team drew inspiration from their experiences with losing someone. The characters in the game are each inspired by grandparents, uncles and friends who died. They’re not “carbon copies,” Guérin said, but composite characters; a mix of traits, personalities, feelings and anecdotes derived from connections they’ve had with deceased loved ones.

Guérin and his colleagues at indie studio Thunder Lotus Games had “no idea at first” if they could pull off themes of death positivity in a management sim, saying he “lucked out” with how it all came together. He said it was important to combine normal, mundane tasks with the “extraordinarily, terribly gruesome moment we face when we know we’re going to die.”

In “Spiritfarer,” your ship evolves over time as you build different structures on top of one another like eclectic towers. Some of these are temporary homes for the spirits you gather, and others are stations for cooking, harvesting, gardening and more. Each character wrestles with something. A lion couple, for example, struggles to find happiness together when one of them is unfaithful. Others, like Stanley, a talking and walking mushroom with childlike traits, just wants to be cared for, so I made him his favorite meal: french fries. Some just want to be hugged. You spend time on and off the ship, completing quests for these spirits and finding out more about Stella along the way, too.

It isn’t just through mechanics that “Spiritfarer” achieves a sense of serenity. The game has a calming atmosphere, with a striking art style inspired by Japanese painter Hiroshi Yoshida and from whimsical Hayao Miyazaki films like “My Neighbor Totoro.” This world about death is bright and colorful, rather than dark and morbid.

Having spent 15 years in the games industry, much of that time at Ubisoft working on franchises like “Assassin’s Creed,” Guérin wanted to explore death in a way that forces the player to think about it outside the bounds of a game. Instead of a fail state mechanic, death in “Spiritfarer” is the key to progress. Every time a character dies, they leave behind a room filled with beautiful, overgrown flowers. It’s a symbol of heritage, Guérin explained.

“You need to actually gather some of these flowers that are used as a token to pay a shark, to build upgrades on the ship,” Guérin said. “And those upgrades will allow you to go across specific barriers like ice or rocks.”

Guérin’s brother is the chief of staff for a geriatric ward in southern France. During early development for the game, Guérin spent a significant amount of time “documenting and understanding” what people think and feel during their final moments by meeting patients in hospice and end-of-life care facilities. As he visited the terminally ill, he noticed their drive to experience human connection or enjoy a peaceful moment. He wanted to convey this in “Spiritfarer,” rather than have characters give grand speeches or make sweeping life changes as they faced death.

“They just want to still wake up in the morning, brew themselves some coffee and spend time with their family, relatives and friends. And that’s it,” he said.