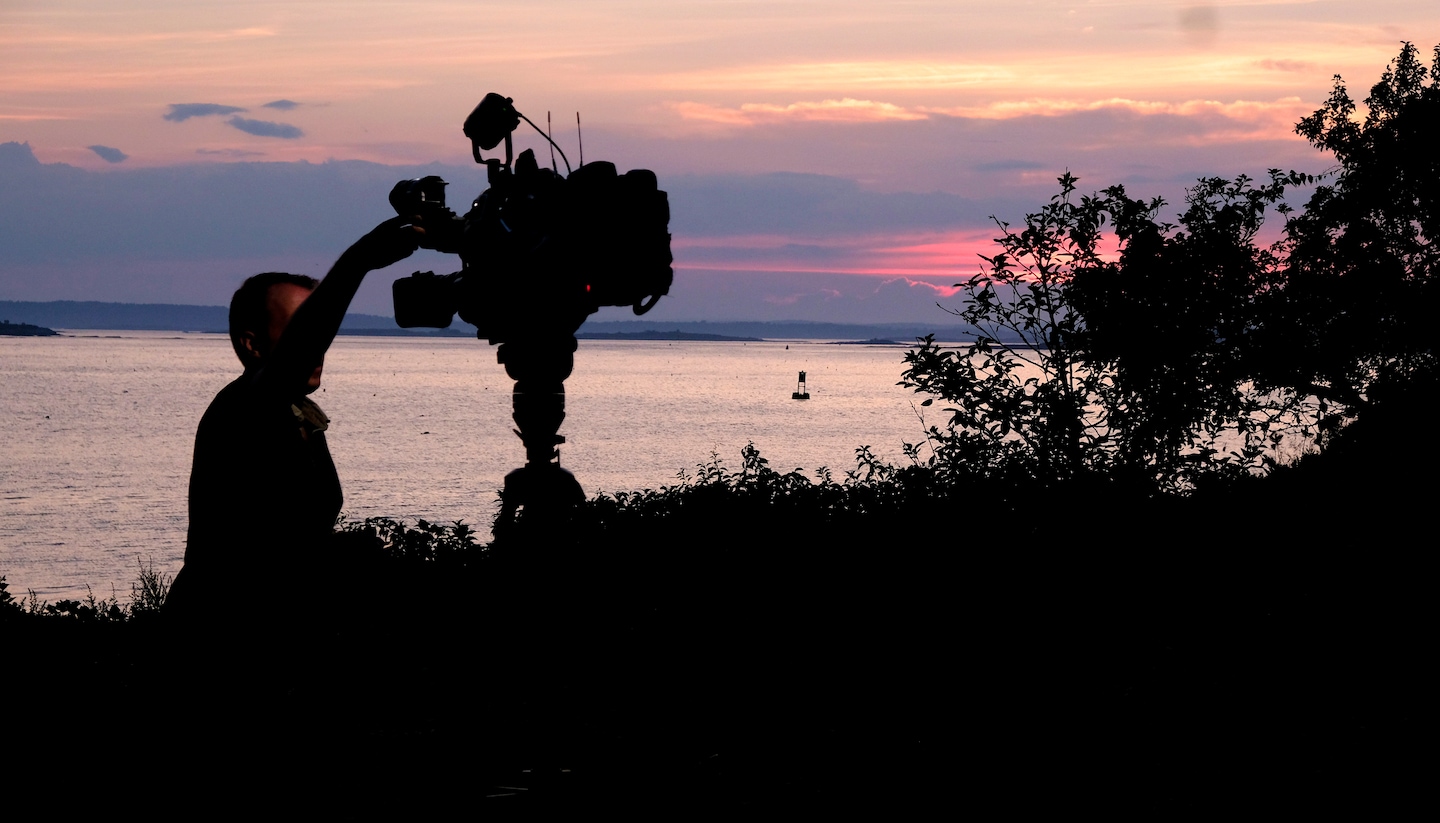 On a warm day Monday, she was wearing a wet suit as she jumped off a dock at the edge of Mackerel Cove and swam with her daughter about 15 yards off the rocky shoreline on Bailey Island, which lies at the end of a peninsula extending into Casco Bay. “You could hear her giggling and laughing,” Tom Whyte, who saw the attack from his Mackerel Cove office, told the Portland Press-Herald. “All of a sudden Julie just started screaming for help.”

Her daughter began swimming toward her when, Whyte said, and “Julie went under. It looked like she was pulled under.”

Her daughter, who was unharmed and was not wearing a wet suit, swam to shore screaming for help. A Boston man and his mother paddled out to Holowach using a tandem kayak and brought her to shore. “We saw what was in the water,” Charlie Wemyss-Dunn said. “We saw her condition.” She died at the scene.

Jeff Cooper had rented the kayak to Wemyss-Dunn and praised him for trying to help.

“It was traumatic for the people who had the courage to go out there and retrieve [her]. There was a lot of blood in the water,” he said. “They had strong character to go out there and do that. They did what had to be done. We should all be thankful people like that exist.”

The Maine Medical Examiner’s Office confirmed that Holowach had been attacked by a shark and a scientist used a tooth fragment to determine that it was a great white, according to the Maine Department of Marine Resources. The department limited activity on the beaches at Popham Beach State Park in Phippsburg and Reid State Park in Georgetown to wading only. People were urged to avoid schools of fish and seals, which attract sharks.

Holowach lived with her husband in a home near the shore from May to October and also had homes in New York City and Naples, Fla. She had retired as an executive of VF Corp., an apparel company, in 2016. She had worked as president of special markets for the Liz Claiborne brand and as president of Kipling North America, a bag and accessory company. She recently had been on the board of Sea Bags, a Maine-based company that makes accessories out of used sails.

Patrick Keliher, commissioner of the state’s Department of Marine Resources, called the rare incident a “predatory issue. The presence of seals is really the driver here.” Nick Whitney, a senior scientist at the New England Aquarium, told the Boston Globe that Holowach’s wet suit may have played a role. On Sunday, a seal with a 19-inch bite mark, likely from a great white, washed ashore in Phippsburg, roughly seven miles by boat from Mackerel Cove.

Greg Skomal, a shark expert who used the tooth fragment to link the attack to a great white, told the Globe that it isn’t unusual for great whites to go as far north as Maine, although there is a mistaken belief, fueled by popular media, that Cape Cod is its northernmost feeding ground. However, tagging data show that the Cape is more of a “rest stop on a major highway,” he told the Globe, and they keep going north as they seek their favorite food, seals.

According to the Florida Museum’s International Shark Attack File, the only other recorded report of an unprovoked attack in Maine was in 2010 in Eastport, where a scuba diver fended off a porbeagle shark with his camera. He was uninjured.

“The rarity of this event does not mean it’s not going to happen again,” he said.