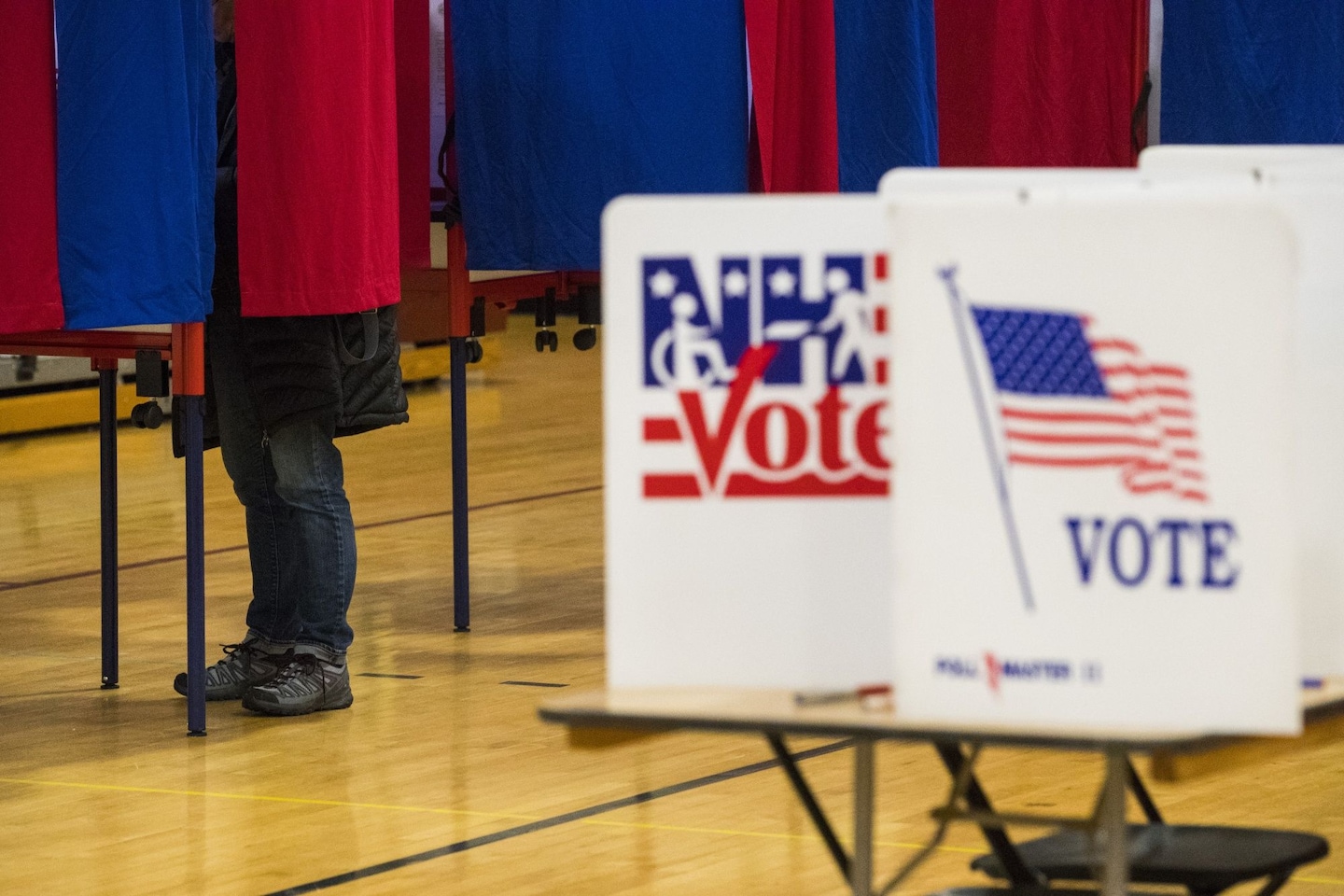 But Trump is talking more about this anyway, as his chance of winning diminishes with every week that the coronavirus rages and the economy struggles.

Here’s what he and his top advisers have said about delaying the election and not accepting the results.

In April, the idea of delaying the election was far-fetched even to Trump. Actually Biden brought it up first, saying at a fundraiser: “Mark my words: I think he is going to try to kick back the election somehow, come up with some rationale why it can’t be held.”

When reporters asked Trump about this, he brushed it off quickly — and incorrectly indicated he has the power to change it.

Around that time, Trump was polling about six points behind the presumptive Democratic presidential nominee nationally, according to a Washington Post average of high-quality polls. Trump and the nation were still hoping that the worst of the coronavirus was behind them, or soon to be behind them.

In May, Trump’s adviser and son-in-law, Jared Kushner, suddenly gave a different answer. In an interview with Time magazine, Kushner was asked if there was a chance the election could be delayed.

“Right now that’s the plan,” Kushner said when asked if the election would go forward Nov. 3. He added that it wasn’t up to him, but his comments indicated he thought it was in his father-in-law’s power to change it.

Kushner quickly issued a follow-up statement saying he knows it’s set by federal law (i.e. Congress and not the White House). “I have not been involved in, nor am I aware of, any discussions about trying to change the date of the presidential election,” he said.

In May, Biden was polling an average of eight points ahead of Trump.

In June, Biden made clear that he didn’t believe Trump or Kushner’s comments. In an interview on“The Daily Show,” he said he has thought about what would happen if Trump doesn’t leave office. “This president is going to try to steal this election,” Biden said.

Trump’s campaign projected outrage at the allegation. Tim Murtaugh, the communications director for Trump’s campaign, called it a “brainless conspiracy theory” and said: “President Trump has been clear that he will accept the results of the 2020 election.” Similar responses from Trump’s campaign were recirculated Thursday.

In June, Biden was polling an average of 11 points ahead of Trump, and the coronavirus was spiking in Republican and Republican-leaning states in the South and Southwest.

In mid-July, Trump was still polling an average of 11 points behind Biden, and was polling behind Biden in every single swing state, and big states were setting records for coronavirus cases. Trump had spent months casting baseless doubts on mail-in voting, which most states are expanding because of the pandemic. His attorney general, William P. Barr, was backing him up with unsubstantiated claims that foreign powers could somehow take advantage of mail-in voting. (Election experts say that would be very difficult to impossible to do without getting caught.)

It’s around this time that Trump started taking a different tone on the election. In an interview with Fox News’s Chris Wallace, the president twice said he would consider not accepting the results of the election. Wallace asked him if he was a gracious loser.

TRUMP: It depends. I think mail-in voting is going to rig the election. I really do.

WALLACE: Are you suggesting that you might not accept the results of the election?

In a congressional hearing Tuesday, Barr was asked by Rep. Cedric L. Richmond (D-La.) whether he thought there was any way Trump could get around the fact that the election date is written in law, such as through an executive order. Instead of an unequivocal no, Barr wouldn’t say — leaving open the possibility that he, as the nation’s top law enforcement officer, thought it might be possible.

RICHMOND: Well, 2 U.S. Code Section 7 says federal Election Day is the Tuesday after the first Monday in November. So, if you take that as the correct statute, is there any executive action by a president to override it?

BARR: I’ve never been asked the question before. I’ve never looked into it.

RICHMOND: As attorney general of the United States, do you believe that this 2020 presidential election will be rigged?

BARR: I have no reason to think it will be.

Barr did say that if a president clearly lost the election, he wasn’t “aware of” any remedy to contest it.

Two days later, the president floated the idea of delaying the election for the first time.

The United States had just hit 150,000 deaths — a toll Trump predicted the country might never see — and large states were still setting records for coronavirus cases, as Trump leaned hard into conspiracy theories about how to end the crisis. Minutes before his tweet, the government released data that showed the U.S. economy had shrunk this quarter at its fastest rate because of the virus.

Trump has threatened to do lots of things he doesn’t follow up on, even those he technically has the authority to pull off. So, there’s a high chance this is bluster. Trump notably phrased delaying the election as a question, perhaps a proposition for Congress to consider. (It won’t.)

But Trump has done plenty to make people doubt the election will be conducted fairly by their state election officials. As his election hopes look increasingly desperate, so, too, does his rhetoric on this. And that, more than widespread fraud or confusion about the election date, is what worries election experts the most: widespread suspicion about the outcome of the race.