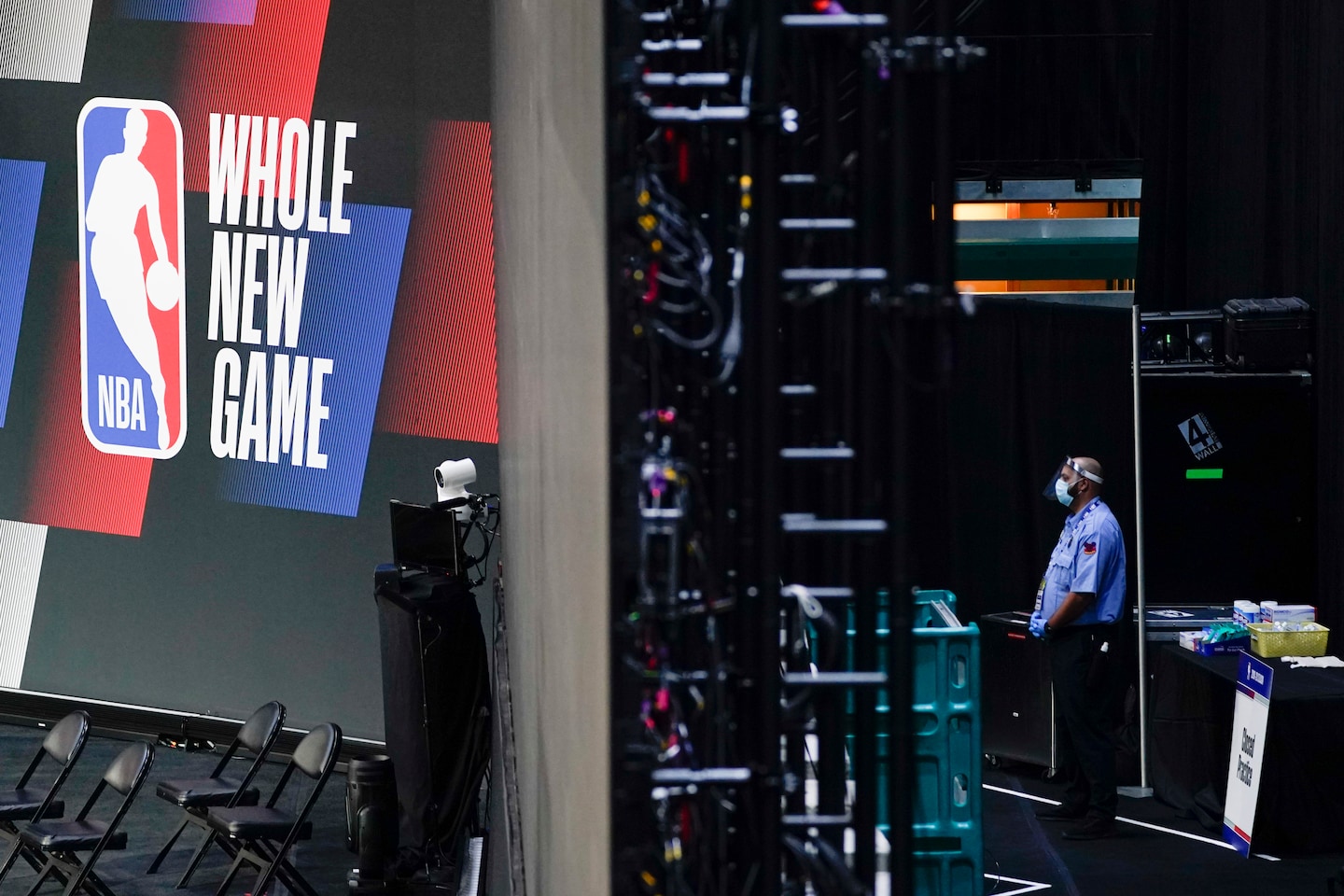 The business of major sports is tied to this perpetual churn. The games are ubiquitous, because of the public interest, and the revenue that guarantees. It’s all hitched to the belief in an unbreakable fan obsession: palatial arenas and stadiums, massive television deals, seemingly boundless advertising potential. As long as there is a functioning economy to buttress them, sports are a simple, dependable endeavor.

It makes the novel coronavirus pandemic the cruelest opponent possible, and it’s why our sports leaders should be doing something they’re unaccustomed to: Plotting the long game more than just staging the next one.

As the American sports community tries to forge ahead despite a virus that has yet to be tamed, the money-driven attempt exposes how year-to-year these multibillion dollar enterprises are. For as much as this seems to be a gold-plated dream world, it operates without much of a safety net. There is no great hidden reserve of cash for unpredictable, hard times. There is no advanced strategic thinking because it’s unnecessary. The games go on, always. Until they don’t. And then watch the leadership panic.

What you’re witnessing now is the manifestation of a kind of desperation that even the smartest people in athletics didn’t see coming. After a four-month hiatus, the sports scene is starting to feel robust again despite the risks. But discomfort is the dominant feeling. The excitement of a welcome diversion competes with the sense that every athlete, on every team, in every sport, is simply trying to stop a long losing streak.

The mission is to salvage whatever revenue can be recovered from covid-19’s destruction. It’s understandable. It makes some of these monstrous leagues relatable, even though they’re trying to amass billions rather than scrape together rent money. But it’s still a desperate and urgent act. And you’re left to watch and hope it doesn’t end up being reckless.

The importance of maximizing revenue now is amplified by the harsh reality that the losses could be even more significant next season. That’s why the NBA and NHL are doing everything possible to complete their 2019-20 seasons, bubbles and asterisks be damned. That’s why the MLB, NFL and other leagues are adamant about at least getting something out of this season, even if they are forced to stop. That’s why college football, the great revenue generator for athletics of major universities, won’t give up the dream. They’re all bracing for a multiyear struggle and employing the only thing they know to use in this situation: the ability to persevere.

Sports don’t know how to quit. They are seldom put in position to have to consider the possibility. When in doubt, they grind. And that’s fine if, on a competency scale from Rob Manfred to Adam Silver, they are closer to the Silver end of the spectrum.

Manfred, the Major League Baseball commissioner, implemented an ill-thought rough draft and prayed it would hold up for a truncated 60-game season. Oops. Baseball, continuing to have its teams travel throughout a country full of mercurial pandemic responses, is struggling to contain the virus. And while outbreaks and complications were easy to predict, the MLB “plan” is so thin that Manfred is forced to make radical amendments on the fly, which only makes the thought of getting through the season seem more dire.

To pause the league so quickly, he had to have thought about the bubbling issue before that night. And then the NBA made good use of its 4½-month suspension, determining a logical way to attempt the impossible. It’s more reasonable than the game plan some of its peers, including the NFL, which appear to be: wait, hope and just try to get by on willpower.

In May, during a conference call with players, Silver was frank about the challenges facing the NBA, reportedly telling them the league’s collective bargaining agreement “was not built for an extended pandemic.”

“This could turn out to be the single greatest challenge of all our lives,” he also said, according to ESPN.com.

Then Silver reacted with appropriate diligence to those sobering truths. Consider it a model for how thoughtful sports leaders must be to manage this crisis. There is no guarantee that the NBA plan or any other sports bubble is sustainable, but currently it is functional. Baseball is not even there yet, and if football doesn’t learn from those mistakes, it might have greater issues.

The only reasonable play here is a long-term one, and sports leagues aren’t good at that. Ask just about any league to look into the future, and you will receive some convoluted answer that reveals no one really has thought beyond short-term survival. It seemed like gigantic news earlier this week when Michele Roberts, the National Basketball Players Association executive director, told ESPN.com that the NBA might need a bubble next season because so many people are refusing to entertain the possibility that American sports could need the rest of this decade to remake itself post-covid.

What’s next? What happens after this difficult time? What’s the encore to the strangest year in modern-day sports? No one was prepared for a pandemic, and sadly, no one seems to be preparing for the next one.

Perhaps it would be okay to take a chance and consider this another once-a-century disaster. But that could be a huge mistake. This pandemic has magnified our vulnerabilities as a nation. They apply much more than a widespread disease. A different kind of crisis could put us back in this same place, divided and unwilling to sacrifice.

As best it can, sports should prepare for the next disruption. And preparation requires revisiting financial models (especially in college), cutting back on the arms race with facilities and amenities, planning better for rainy days and operating like true businesses instead of playthings for the wealthy.

Nike has debuted another wonderful ad for the sports restart. The “You Can’t Stop Us” commercial, voiced by soccer icon Megan Rapinoe, is a warm and timely inspirational video. It’s wonderful in its optimism. But the return of these games also should provide some solemn thoughts.

There is gloom sloshing around in this joy. Sports can be stopped. Sports have been stopped. This comeback isn’t merely a testament to persistence. It’s a warning that, to rebuild, sports will need to exhibit unprecedented agility.