What lies behind Apple’s 4-for-1 stock split 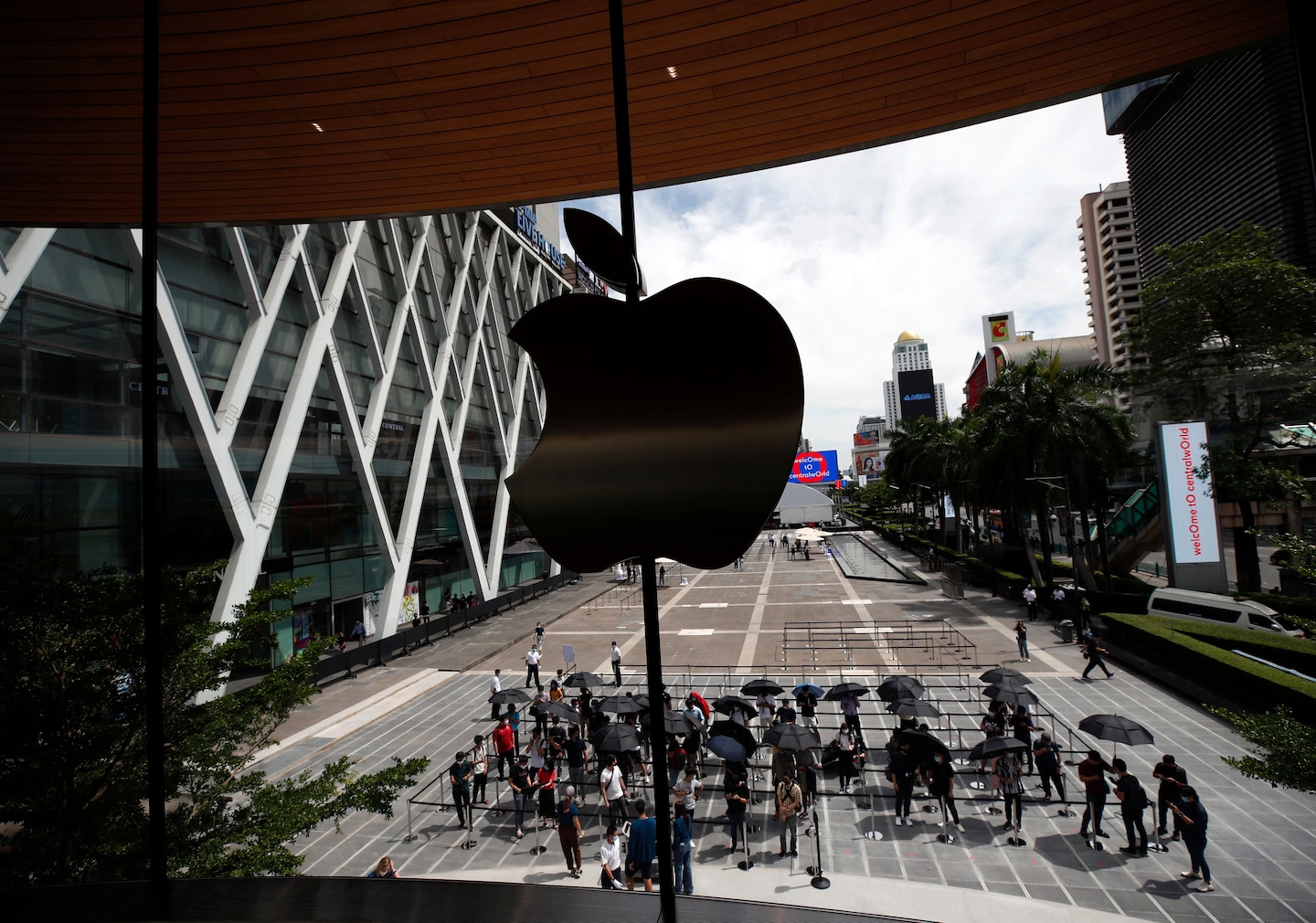 Or, as Luca Maestri, Apple’s chief financial officer, put it during a Wall Street conference call, Apple wants “to make our stock more accessible to a broader base of investors.”

Let me explain — and I’ll also explain why Apple’s stock split, which takes effect near the end of August, goes against conventional wisdom on Wall Street.

When a company splits its stock, a practice that has fallen out of fashion the past few years but was common back when Apple became a public company in 1980, a company increases its number of shares outstanding and reduces the share price.

For example, if a stock is selling at $100 a share and splits 2-for-1, holders end up owning two shares trading at $50 each rather than one share trading at $100.

Why am I telling you all of this? Because I think that Apple, which sells retail products such as iPhones and computers, is doing some smart marketing by trying to attract retail investors and give them a financial interest in its success.

Few companies are as future-oriented as Apple, but its goal of attracting retail customers by having a relatively modest share price is a trip back to the past.

David Kass, a University of Maryland business professor and a longtime observer of the stock market, says many companies used to split their stock as often as necessary to keep their share price in the mid-double digits. “Back then, people were paying fixed commissions to brokers and were trying to trade ‘round lots’ of at least 100 shares,” Kass said.

If you bought less than 100 shares — an “odd lot” — your commission per share would probably be considerably higher than if you bought a round lot.

But as retail investors began buying mutual funds rather than individual stocks and as brokerage commissions became competitive rather than fixed, the round-lot incentive disappeared.

As a result, we have fewer stock splits — and more stocks with four-digit share prices — than ever before, according to Howard Silverblatt, senior index analyst at S&P Dow Jones Indices.

There were a record seven S&P 500 stocks with four-digit share prices, up from five, the previous record, at year-end 2019. Which was up from zero before 2013, the year the first four-digit S&P 500 stock appeared. (This list doesn’t include Berkshire Hathaway’s six-digit-priced A shares, because Berkshire A isn’t in the S&P 500.)

These days, trendy stocks such as Amazon and Alphabet have four-digit share prices and seem to have zero interest in attracting retail investors.

Amazon, whose chief executive, Jeff Bezos, owns The Washington Post, split three times in 1998 and 1999, but hasn’t split since then. (It declined to tell me why when I asked.)

Alphabet has had only one split, in 2014, when it issued a class of nonvoting shares so its founders could sell some of their stake but keep voting control.

But Apple has given a lot of people who are not rich a chance to own a piece of its action. I think that Amazon and Alphabet would be smart to do that, too — but they’re not retail-oriented firms, like Apple. So I don’t think that’s going to happen.

Disclosure: For the past few years, I’ve been giving each of my grandchildren an Apple share as a birthday present. For conflict-of-interest reasons, I’ve never owned any Apple shares other than those earmarked for my grandkids. I currently own 10 shares, soon to be 40 shares, that I plan to give away four shares at a time.