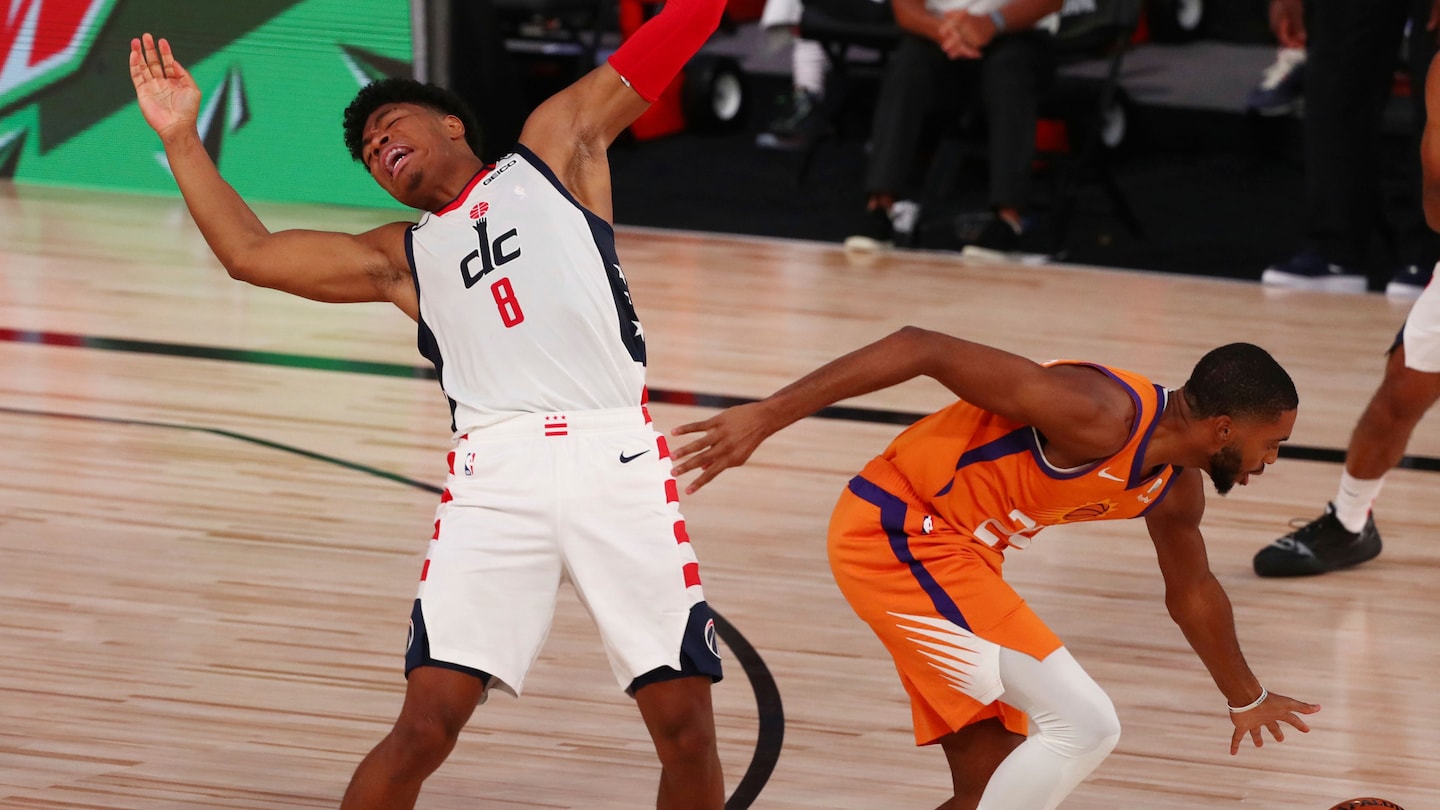 With Beal at home nursing an injured rotator cuff and Bertans having decided to sit out the bubble ahead of his impending free agency, the Wizards want their young players to expand their games. They want to work on team chemistry. And for the past week, Coach Scott Brooks has been preaching the importance of defensive communication and defending without fouling.

On Friday, the Wizards fell short of those basic defensive goals, even as Brooks praised his team for its work on Suns star Devin Booker. The guard scored a game-high 27 points but made only 8 of 21 shot attempts. Deandre Ayton added 24 points for the Suns (27-39).

“The effort was pretty good,” Brooks said. “…Their perimeter guys, we made a lot of bad mistakes where we’re giving up layups and opening up and giving up angles to drives. Those are things we have to improve on, we have to get better at.”

The Wizards were out of rhythm almost immediately. Phoenix racked up a 17-point edge at the free throw line in the first half, and forward Rui Hachimura, Washington’s most consistent scoring option, played just over 10 minutes in the first half after picking up two fouls early.

The Wizards trailed 67-52 at halftime and never caught up despite looking less hesitant and shooting 51.3 percent from the field in the second half.

Among the few bright spots of the Wizards’ otherwise dreary first game since March 10 was an unexpected shining moment from Jerome Robinson. Although Hachimura bounced back well after his early foul trouble and led the team with 21 points and eight rebounds, Robinson did yeoman’s work early on trying to pick up the first-half slack. He didn’t miss all half, scoring 13 of his 20 points before halftime.

Robinson finished one point shy of his career high and 7 for 9 from the field, gliding into his spots with confidence and keeping the team afloat when it struggled to create consistent offense. Smith added 17 points, and Shabazz Napier had 12.

“Shooters shoot,” Robinson said afterward. “I was open, so I shot it.”

While Brooks was encouraged by Robinson’s performance and Hachimura’s revival in the second half, the Wizards’ path ahead only grows thornier after this weekend. The Suns were among their more beatable opponents in Florida. After the Wizards face eighth-place Brooklyn (30-35) on Sunday, they play Indiana, Philadelphia and New Orleans before their schedule ramps up even more with Oklahoma City, Milwaukee and Boston.

Read more on the NBA: