Trump didn’t like rulings on DACA. So he’s defying them. 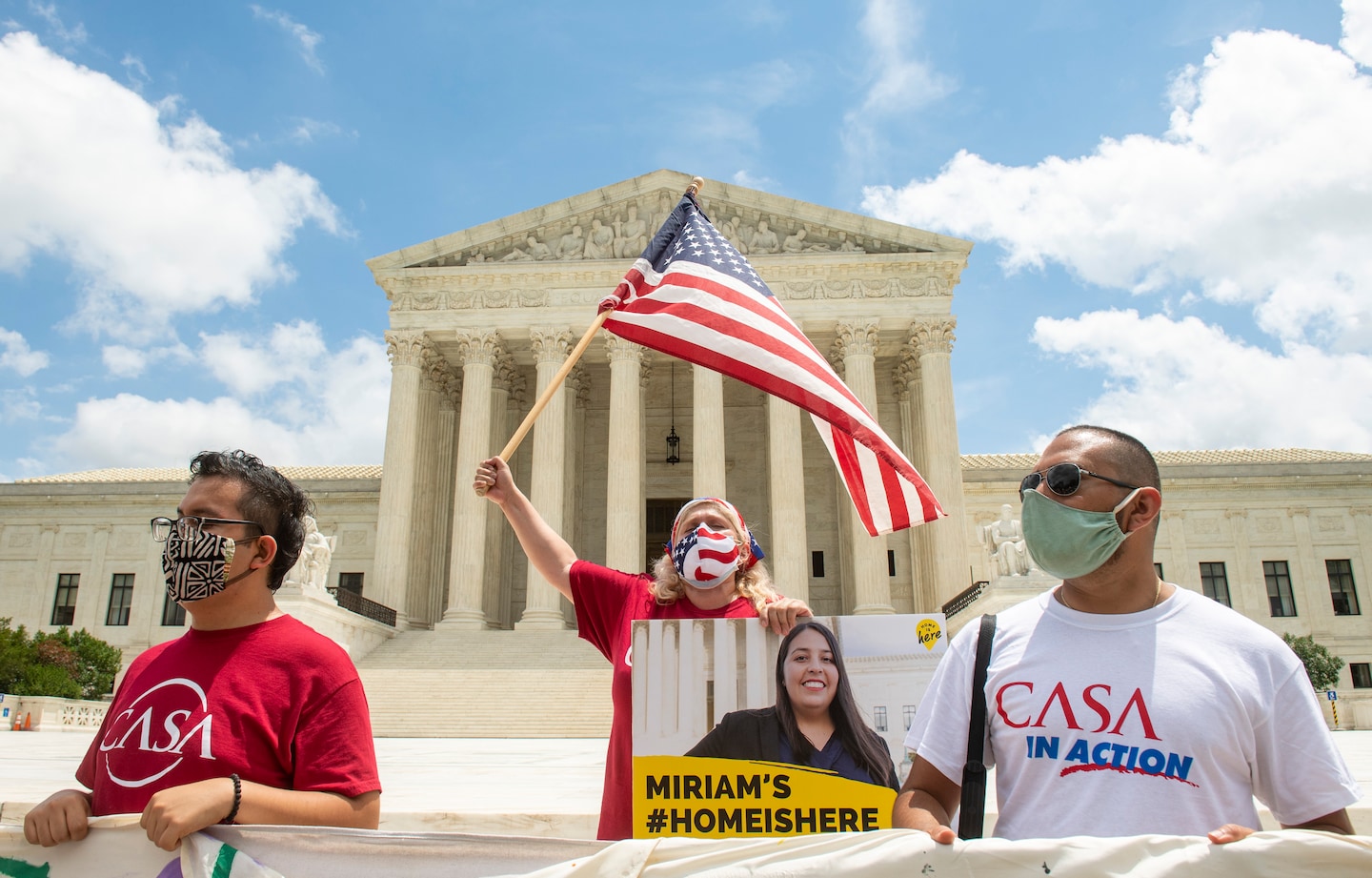 In separate cases, the Supreme Court and a federal appeals court have ruled that the Trump administration was unjustified in ending an Obama-era program that grants work permits and temporarily halts deportations for hundreds of thousands of “dreamers,” young undocumented immigrants who grew up in this country. Chief Justice Roberts wrote the high court’s opinion, in June.

Citing those rulings, a federal district court judge in July ordered the administration to restore the protections and benefits it tried to abolish when it rescinded the program, Deferred Action for Childhood Arrivals, in 2017. The administration has refused to comply.

Instead, it has declined new applications for DACA, maintaining a three-year-old freeze. It has done so even though hundreds of thousands of dreamers remain eligible, some having never applied in the first place, others having turned 15, the minimum age of eligibility. And it has cut work permits for roughly 640,000 dreamers currently enrolled in DACA to last only one year instead of two.

Meanwhile the Department of Homeland Security has launched what it calls a “comprehensive review” of DACA, whose outcome is foreordained given the president’s hostility. This time, one assumes the government will adhere to established procedures as it abolishes the program; it was the slapdash failure to follow rules that resulted in its losses in court. “Now we have to start this process all over again,” President Trump tweeted after the Supreme Court’s ruling.

In fact, Homeland Security’s “comprehensive review” is a fig leaf obscuring the president’s intent to terminate a program that enjoys enormous bipartisan support. Mindful of the political risk, Mr. Trump prefers to bury the issue for now rather than launch a new frontal assault on DACA.

Don’t be fooled. While he has at times pledged his “great love” for the dreamers, Mr. Trump also said that “many” DACA recipients are “hardened criminals,” a false statement given that criminal convictions disqualify dreamers from eligibility. If Mr. Trump is reelected, he will rescind DACA, and dreamers, protected since the program was established in 2012, will be at risk of deportation.

As Mr. Trump plays politics with the lives of hundreds of thousands of blameless young migrants, it’s worth remembering who they are, as Chief Justice Roberts did in rendering his decision. Quoting from a brief in the case, he wrote that many dreamers have “enrolled in degree programs, embarked on careers, started businesses, purchased homes and even married and had children.” Stripping DACA recipients of work permits under DACA, he noted, could cost the U.S. economy $215 billion over the coming decade.

In planning DACA’s demise, the president is striking another blow against America’s growing diversity, which he clearly abhors. In the process, he also threatens the futures of individuals and communities whose fortunes are bound up in America’s own.