In Dagestan, a covid recount adds to questions on Russia’s overall numbers 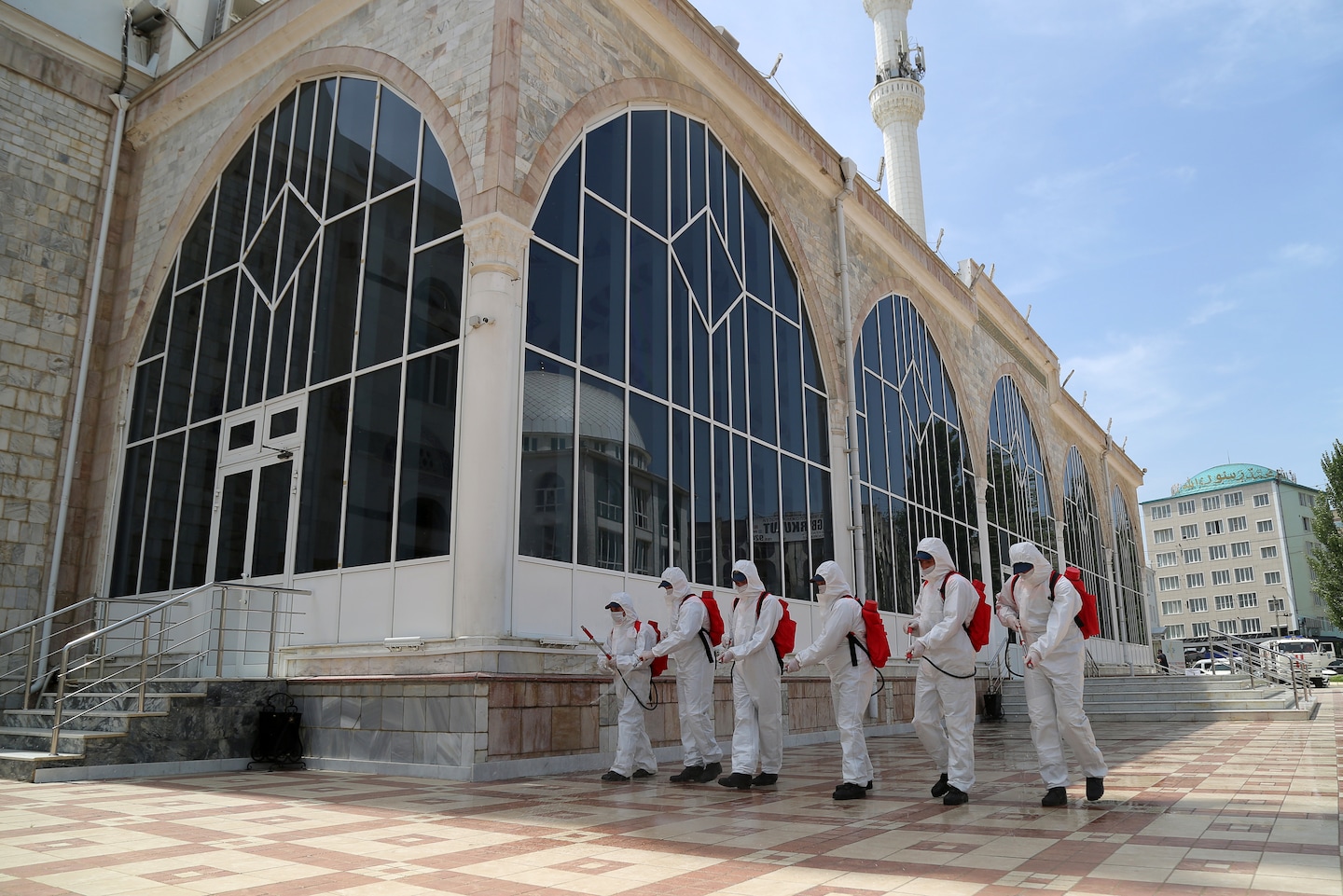 Dagestan’s officials eventually acknowledged that the real number of coronavirus cases and deaths was probably much higher. And, in the process, Dagestan became a point of reference for questions on the overall tallies in Russia, which reports the world’s fourth-largest number of confirmed cases but a mortality rate that is about a fifth that of U.S. per capita figures, according to Johns Hopkins University data.

For the Kremlin, its claims of a low death rate are hailed as a tribute to Russia’s medical system and the leadership of President Vladimir Putin. Any attempts to challenge that narrative — such as whether coronavirus cases and deaths are often misclassified — are quickly slapped down by Putin’s government.

But Dagestan’s recount is much harder for Moscow to dismiss.

Responding to local pressure, Dagestan’s health minister acknowledged in a May 16 interview with a local blogger that the official coronavirus numbers were likely a sliver of the reality. At the time, Dagestan was reporting about 3,500 confirmed cases and just 29 deaths.

The health minister, Dzhamaludin Gadzhiibragimov, then said the total number of people infected with coronavirus and community-acquired pneumonia exceeded 13,000, with more than 650 dead.

The reason for the disconnect: Dagestan was counting coronavirus and pneumonia separately because of insufficient testing capacity. (More than two months after Gadzhiibragimov’s admission, Dagestan’s official numbers — 445 deaths and approximately 9,300 cases — are still lower than those he first quoted.)

Even so, the case of Dagestan points to wider debates over Russia’s counting methodology, especially the possibility of deaths from coronavirus-infected patients being attributed to related causes, such as pneumonia.

“If you go to dinner with 10 people in Dagestan now, probably seven would say they had coronavirus,” said Ziyatdin Uvaisov, the head of Patient Monitor, a Dagestan-based nongovernmental aid organization.

Russia has lifted most of its coronavirus-related restrictions, saying its infection curve has peaked. In a meeting with government health officials Wednesday, Putin said “the number of new cases is now practically two times lower than what it was during the peak period in May” but cautioned that “the situation remains difficult; it could swing in any direction.”

The figure the Kremlin touts most often is its low mortality rate, with around 14,000 deaths attributed to the coronavirus. That’s a 1.7 percent case fatality rate, well below Britain’s 15.2 percent at the top of the list, according to John Hopkins data. On Friday, the United States was 13th at 3.4 percent, just above Honduras.

But Alexey Raksha, a demographer who worked for Russia’s state statistics agency Rosstat until last month, has been publicly questioning that number since May.

He suspects the real number of fatalities through the end of July is 50,000, a projection based largely on how many excess deaths he said Russia has had this year as compared with the average of the past five years.

If Raksha is right, that would put Russia behind only the United States and Brazil for the most coronavirus deaths.

Rosstat’s May numbers, which were released on July 10, cited 7,444 people dying in Russia due to covid-19, but an additional 5,008 people — counted separately even though they were diagnosed with covid-19 — died from other illnesses that developed in large part due to the disease, or from unrelated causes.

Even with the numbers divided into separate categories, the statistic agency’s figures are higher than those put out by Russia’s main government-run coronavirus website. It said 3,686 people died of the coronavirus in May.

“It just shouldn’t be that the number of newly discovered cases would be the same or nearly the same every day,” Raksha said. “I’m a statistician. I know how actual figures look like and they’re really volatile. Except for maybe Moscow, the statistics on this website are just absolute crap.”

Russia has been sensitive to scrutiny of how it counts coronavirus deaths.

In May, the Foreign Ministry condemned some foreign media for reporting that the country’s coronavirus death toll might be much higher than government officials were saying. When asked why the mortality rate was so low in Russia, Kremlin spokesman Dmitry Peskov told CNN in June: “Have you ever thought about the possibility of Russia’s health-care system being more effective?”

Raksha, who first published his suspicions on Facebook before speaking to the New York Times, said he was reprimanded for his comments and then eventually pressured to resign from his position at Rosstat. The agency did not return requests for comment.

Raksha said that for the month of June, of the 60 Russian regions that were expected to upload their registration statistics — things such as births, deaths, marriages and divorces — to Rosstat, half of them did not. Some regions provided the numbers for everything but deaths, he said.

“They were probably too afraid, because there were too many deaths and they’re afraid to be punished,” he said.

In Dagestan, Magomed Magomedov, editor of the independent Chernovik newspaper in the capital, Makhachkala, said local officials initially didn’t want “to worry the population” with reports of the outbreak spreading rapidly.

“That was the reason why, at the beginning, people here didn’t take the infection seriously,” Magomedov added. “But then when people started dying in mass and we had 600 or 700 new patients in the hospital, it wasn’t possible to hide this information anymore.”

Within days after the health minister’s interview in May made headlines in Moscow, Putin had a nationally televised video meeting with Dagestani officials. One official described the situation as a “catastrophe” and asked for the government’s assistance.

But by then, at least 40 front-line health workers in the region had died on duty, Gadzhiibragimov, the health minister, said. Hospitals were lacking personal protective equipment, so it was up to aid organizations and residents to provide it.

When aid from Moscow finally came, some considered it already too late.

Uvaisov, of the Patient Monitor aid organization, wondered how many lives might have been saved if Dagestan had been more forthright about its infection figures from the beginning.

“The problem is that because many cases were classified as pneumonia and not covid, the federal center did not receive any reliable information about the number of covid cases in Dagestan,” he said. “It looked like the number was relatively low, and that was why we didn’t get enough assistance from the federal center when we really needed it.”

“I think the local government here tried to hide the information from the federal center,” Uvaisov added. “Maybe they thought that if they showed they couldn’t cope with this situation, they would get in trouble.”