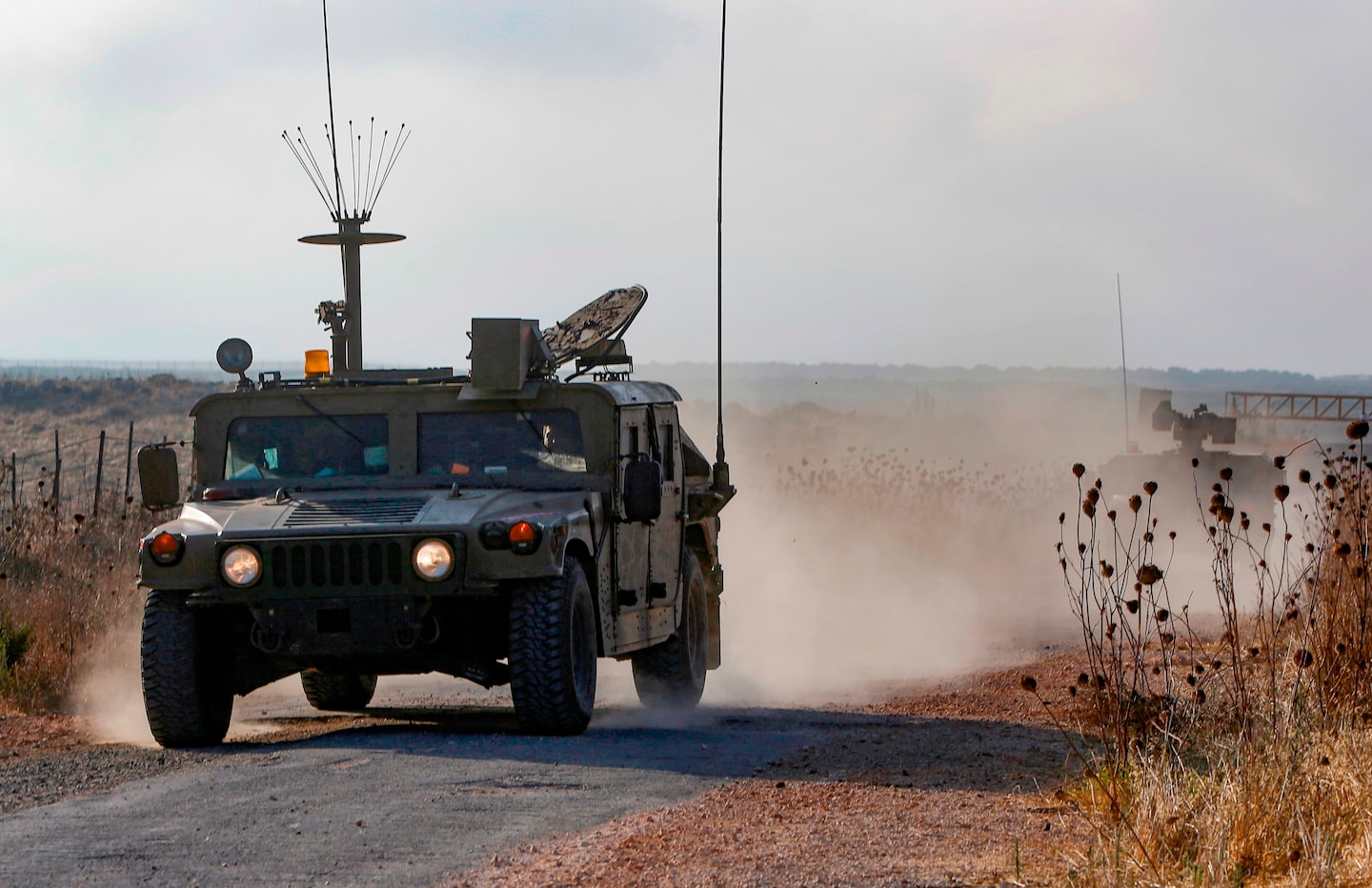 Israel reported no injuries on its side, but estimated that all four members of the cell were killed. There was no immediate comment from Syria, and there was no information as to which organization might have been involved.

In a short clip released by the army, four figures are seen walking around rocky terrain, one of them picking something up and then putting it down. They are later seen walking across the land when all four duck down, right before an explosion engulfs them.

“The IDF holds the Syrian regime responsible for all events on Syrian soil and will not tolerate any violation of Israeli sovereignty,” the Israeli army said in a statement.

Also overnight Sunday, Israel said it struck targets in the Hamas-run Gaza Strip to the south, following rocket fire into its territory that caused damage in the Israeli town of Sderot. No injuries were reported on either side.

Tensions have been high on Israel’s northern border in recent weeks following an Israeli airstrike in Syria that killed a senior fighter from the militant Lebanese group Hezbollah. Hezbollah vowed to avenge the death, prompting Israel to bolster forces in the north of the country, a region that borders both Lebanon toward the coast and Syria to the east.

Last week, Israel said it repelled an infiltration attempt from Lebanon into its territory, sparking an exchange of fire and heavy shelling in the area. Israel said Hezbollah was behind that attack, and Israeli Prime Minister Benjamin Netanyahu accused the group’s patron, Iran, of stoking the unrest by “entrenching its military in our region.”

Hezbollah, which is both an armed group and a political party in Lebanon, denied any involvement in the operation. Israel views the group as a dangerous regional proxy operated by its archenemy Iran; both Israel and the United States have designated it a terrorist organization.

Israel and Syria have been bitter enemies since Israel was founded in 1948. After 2011, when the Arab Spring protests that spread across the Middle East reached Syria, President Bashar al-Assad’s government relied heavily on Russia, Iran and their proxies in its fight against rebels who sought to overthrow the government.

Although seldom publicly acknowledged, Israel has carried out airstrikes in the past few years against strategic targets, such as convoys of weapons, ammunition depots and air bases.