Spain’s former king fled the country, but where in the world did he go? 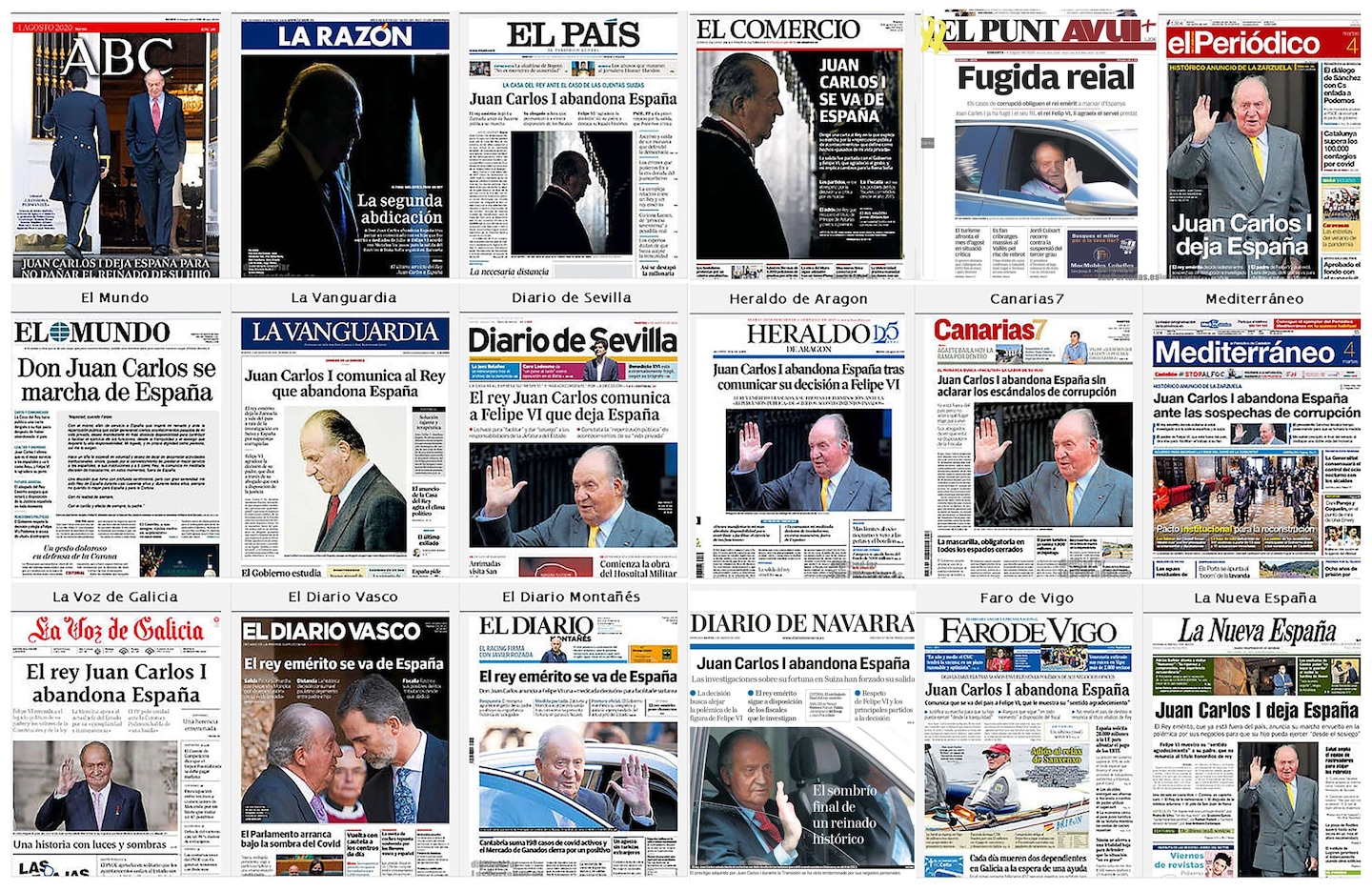 The coverage at times more closely resembled a public manhunt for a high-profile suspect than the sudden flight of a disgraced former king.

At the center of the probe is a $100 million dollar gift from the king of Saudi Arabia to Juan Carlos in 2008 and whether it had a role in the subsequent contract for a Saudi high-speed railway awarded to a Spanish consortium.

Juan Carlos has not been placed under formal investigation, according to Reuters, and he has repeatedly denied wrongdoing. It is unclear whether he could be charged at all, as his actions before his abdication are covered by immunity.

But after the allegations were made public, his son and successor, King Felipe VI, this year canceled the $225,000 annual grant his father received. Felipe also renounced his own inheritance, further distancing himself from his father.

“Guided by the conviction to best serve the people of Spain, its institutions, and you as king, I inform you of my decision at this time to leave Spain,” Juan Carlos wrote in a letter published Monday.

His departure was the latest stage in a fall from national hero to burden to the country’s royal family.

The grandson of Alfonso XIII, Spain’s last king before the proclamation of the Second Republic, Juan Carlos was designated by Francisco Franco as heir-apparent to the restored crown in 1969. When he became king after Franco’s death in 1975, there were concerns about his ties to the fascist dictator. But he was widely credited for having played a key role in the country’s transition to democracy, notably helping to thwart a coup attempt in 1981 aimed at restoring Francoist rule.

Juan Carlos was described as a charismatic leader close to the people who could be harsh against those who abused their power. In a 2007 meeting of leaders, when Venezuelan President Hugo Chávez interrupted Colombian President Alvaro Uribe, Juan Carlos told him: “Why don’t you shut up!”

But during the 2008 financial crisis, as Spain was suffering a severe downturn, the king and his family faced questions over their lavish lifestyle and accusations of having abused their own power. Allegations of graft by his daughter, Princess Cristina, and her husband began to shine a more uncomfortable light on the monarch.

Juan Carlos abdicated in 2014, citing health reasons, paving the way for Felipe to become king. At the time, royal watchers suspected that political rather than health concerns were behind the transition. Juan Carlos’s popularity had dropped to record lows, and analysts suspected the royal family needed a new face to regain trust.

Felipe has an approval rating of 70 percent in Spain. But supporters of the royal family worry the controversy surrounding his father could spell new trouble for the king and have serious ramifications for Spanish political unity, already strained by repeated attempts of Catalan separatists to split from the country.

“The monarchy could not support any longer, and less in the midst of a health and economic crisis, the loss of reputation caused by the information about the alleged opaque businesses and illegal commissions of the king emeritus,” the paper wrote.