Like a virus, weeds seize any opportunity to spread — and this summer, they’re ferocious 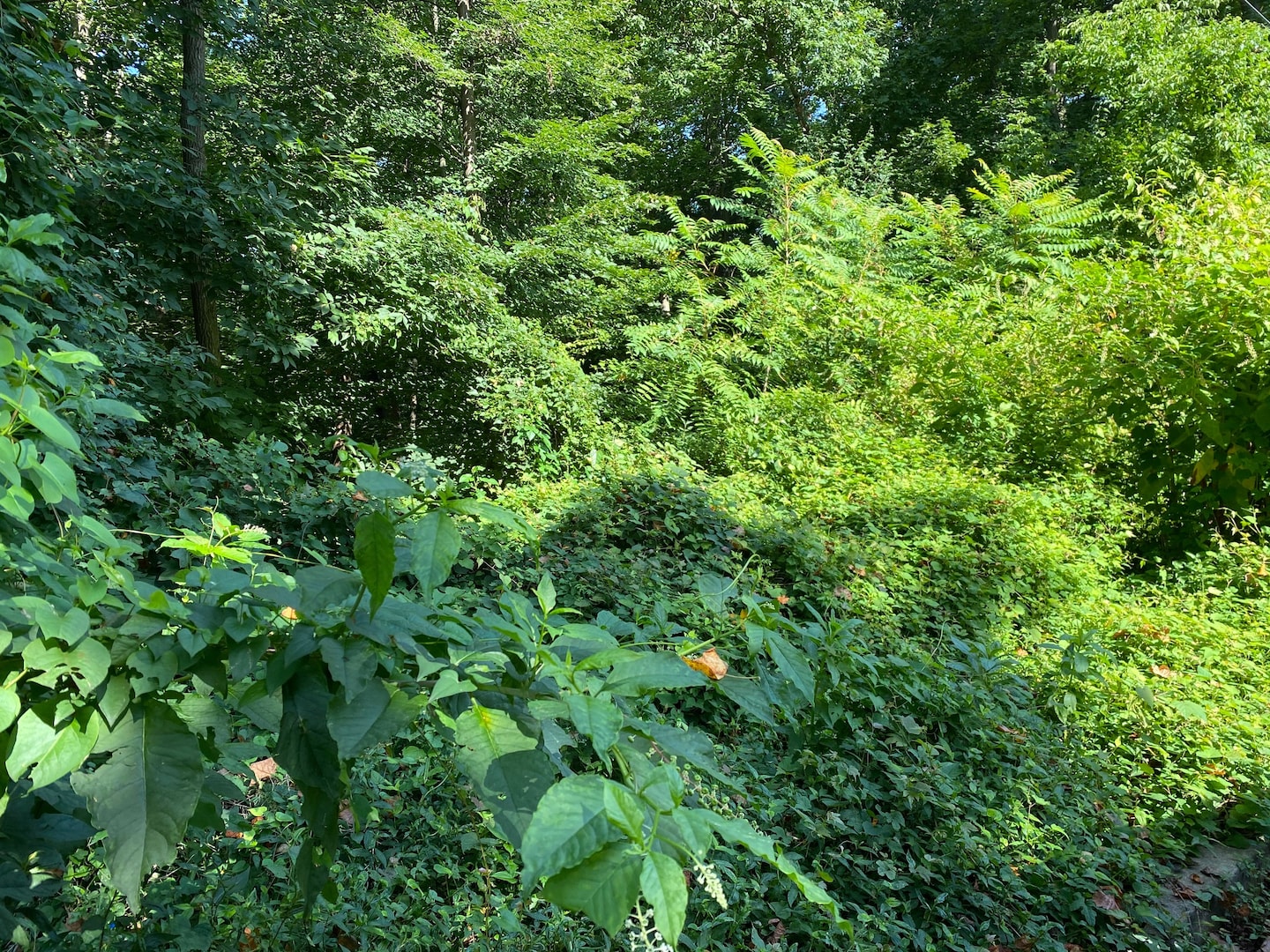 In the Mid-Atlantic, and surely in many other regions of the country, the weed pressure is unrelenting in every month of the year. In the heat and humidity of summer, the pace is supersonic.

I can leave an earthen path for a week and return to see weeds not only appear but also be established. Where bare earth stood, the bindweed sprout is a foot high, the purslane a foot across and the galinsoga putting out its first flowers.

Vines are the worst, because they direct their energy into growing rather than building woody structures and gobbling up that greenhouse gas named carbon dioxide.

I am constantly pulling porcelain berry off the fence around my community garden, which abuts national parkland heaving with vegetative marauders. Rock Creek Park consists of 1,754 acres in the District, though under the park rubric, the National Park Service controls some 3,000 acres, including the Georgetown Waterfront Park, Dumbarton Oaks Park, Glover-Archbold Park and Melvin Hazen Park.

Kudzu has lodged in the public’s mind as the alien weed monster, but many others abound. The list includes English ivy, porcelain berry, bush and vining honeysuckles, ailanthus, Japanese viburnums, burning bush and wisterias.

On the forest floor, there are unwanted carpets of Japanese knotweed, Japanese stilt grass and, increasingly, wavyleaf basketgrass.

Novices believe that you can clear your garden of weeds on a Saturday afternoon in April and be done with them for the year. Ignorance is bliss. The soil is loaded with buried weed seeds, and any disturbance will lead to germination. Birds bring in seeds with their droppings. Weed seeds blow in.

One of the values of federal parkland is to remind people what can happen if they don’t weed their own properties.

In time, blankets of weedy plants smother shrubs and trees and prevent the desired flora of the forest floor, such as mayapples, bluebells, ferns and trilliums, from thriving. You lose biodiversity.

In Rock Creek Park, there is an estimated $70 million worth of deferred infrastructure maintenance. Nationally, the figure is approaching $12 billion, and the decades-long neglect recently prompted Congress to pass a bill that would provide $6.65 billion toward fixing buildings and other structures.

Dana Dierkes, the park’s chief of interpretation, education and outreach, tells me that concerted efforts to clear the park’s northern flood plain of lesser celandine have succeeded in returning native flora there. In other areas, bamboo and other invasive plants have been cleared.

“The park has made significant progress on addressing invasive plants, but it is an unrelenting battle,” she writes in an email. “We will continue controlling invasive plants with the support of many partners, especially to protect trees on park edges and ecologically rich areas.”

Still, the weediness this summer seems worse than ever, and this may be more than just a feeling. If these invasive plants are left unchecked, their reproduction becomes exponential. There are direct parallels to the current pandemic. Unless the cycle of spread is halted early, small numbers turn into huge numbers. With the novel coronavirus, the cycle might be daily; for porcelain berry or stilt grass, it is year after year after year.

Weeds love to be left alone, knowing they can outcompete their competition. “Right now, we are losing the battle,” said Jeanne Braha, executive director of the nonprofit Rock Creek Conservancy. “We don’t have the resources, time or funds to address the problem at the scale it needs to be addressed.”

The organization, in coordination with the park service, employs teams of volunteers to battle the weeds. Last year, the group organized more than 12,000 volunteer hours for a number of projects, including weed control, freeing more than 1,000 trees from English ivy and clearing more than an acre of invasive weeds.

The conservancy has established five demonstration sites where invasive weeds are removed and native perennials are planted or seed sown, proving that this can be done with enough effort and, as important, continuing maintenance. One is in part of the Rock Creek Golf Course.

If you want to be a part of the solution, Dierkes and Braha offer this advice: When in the park, stay on the trails and keep your dog on a leash. Wayward people and animals spread weed seeds. Don’t plant ornamentals in your garden that are known invasives and remove existing ones, including interlopers such as garlic mustard. Become a volunteer with the Rock Creek or Dumbarton Oaks Park conservancies.

Mike Tidwell, executive director of the environmental group Chesapeake Climate Action Network, said one of the problems is that people seem to be blind to the presence of these weeds. From his seventh-floor office in Takoma Park, he has long admired a towering old tulip poplar tree. When he walked over to admire the tree, he could see it was choking to death from English ivy and bittersweet. “There was something about visiting that tree — my eyes were opened to all the invasive species killing the urban tree canopy,” he said. Over the summer, intern Nicola Schmidt has visited every ward in the District to document the problem.

“I found English ivy growing on trees in rich neighborhoods, poor neighborhoods, private land, public land,” she said. Many of the trees, Tidwell said, are on boundaries between properties, and residents are not sure who’s responsible for the tree. Moreover, they don’t recognize the ivy as a problem.

The Rock Creek Conservancy has produced a video on how to cut English ivy from trees. Basically, you use lopping shears or pruners to cut a stem at shoulder level and at knee level. The top growth will turn brown and eventually fall off; don’t try to rip it down, as that could damage the tree and may damage you. To be thorough, you should rip out the ivy at its roots or daub an approved herbicide on the cut stem. Just making the cuts, though, will give the tree several years of breathing room, Tidwell said. Stay away from poison ivy vines.

As part of his crusade, Tidwell has left flyers on doors where he sees ivy-covered trees and “sometimes I’ll notice a week or two later the homeowner has cut the vine and it’s turning brown. We live in ridiculously uncertain times right now. To empower yourself to save two or three trees a day is a great feeling.”

Tip of the Week

Removing the faded flower heads of annuals — deadheading — is the best way to promote reflowering while keeping plants groomed and bushy. The removal triggers the plant to put new energy into new blooms rather than seeds. A sturdy pair of scissors is the easiest and safest way to behead spent flowers.