Our nation is in a free fall. But sure, let’s talk about Hillary’s emails again. 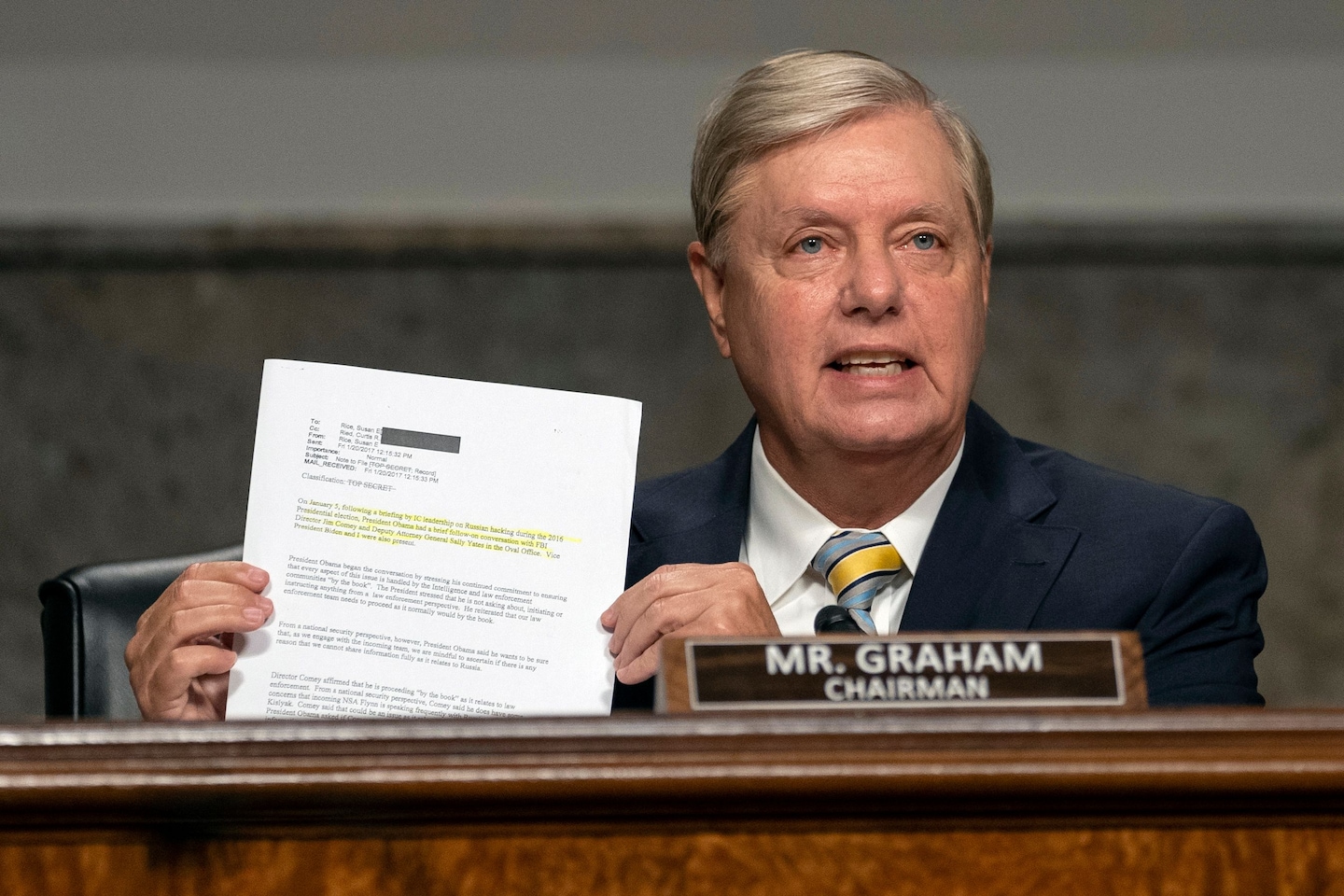 The witness, Sally Yates, a former Obama administration deputy attorney general called before the panel to testify, told Cornyn she had not known.

Cornyn pressed on. “When he reopened the case after Anthony Weiner’s computer was looked at, did you know he was going to reopen the case beforehand?”

“That was more than four years ago now,” Yates replied, “and I didn’t go back and try to review any of that.”

But Cornyn was not to be disturbed from his time warp. He went on about Comey’s conduct, Loretta Lynch’s tarmac meeting with Bill Clinton, and Rod Rosenstein’s memo justifying Comey’s firing. “Director Comey was out of control,” the senator concluded.

Maybe so. But you know who’s out of control now? Cornyn — and Sens. Lindsey Graham (R-S.C.), Ted Cruz (R-Tex.), Thom Tillis (R-N.C.) and all the others trying to change the subject from the crises now gripping the nation to their greatest hits from 2016. As the Trump administration drifts and millions lose their unemployment benefits, the Senate Judiciary Committee staged yet another hearing Wednesday about the Steele dossier, Carter Page, George Papadopoulos, Peter Strzok, Andrew McCabe, Bruce Ohr, Fusion GPS and other golden oldies.

Graham, the committee chairman, seemed defensive about his choice of hearing topic, for he kept posing and answering rhetorical questions: “So what’s the purpose of this hearing? . . . And to the public, why does this matter to you? . . . Why are we having these hearings? . . . And again, why does it matter?” And those were just the ones from his opening statement.

Maybe Graham perceives the yawning gap between where the country is right now and where Republicans are. It isn’t just about Weiner’s laptop. As Americans grapple with public health, economic and racial-justice crises, Trump and his allies are talking about antifa, illegal immigrants and “Obamagate.”

In the red state of Missouri on Tuesday, voters approved an expansion of Medicaid under Obamacare — the sixth Republican-led state where voters overruled GOP leaders who opposed the expansion. The state’s governor and other Republicans fought the ballot initiative.

The anti-expansion consortium put out a mailing featuring a person wearing a Mexican-flag face mask and claiming the expansion “means illegal immigrants flooding Missouri hospitals . . . while we pay for it!” As the Kansas City Star pointed out, illegal immigrants aren’t eligible to enroll in Medicaid. The anti-immigrant lie didn’t work.

In Washington on Tuesday, Cruz conducted a hearing on “stopping anarchist violence” in which he used the Judiciary Committee’s Constitution subcommittee to allege that demonstrations against police brutality have been taken over by “antifa.”

Cruz alleged that “antifa and other radicals” in Portland, Ore., have thrown metal pipes, used lasers, launched “mortar-style attacks” and “firebombed” a courthouse. “And sadly, what’s missing is too many in the Democratic Party refused to condemn antifa,” he said. Antifa got 96 mentions at the hearing.

But as Mark Hosenball of Reuters reported that same day, federal prosecutors have produced no evidence linking the dozens of people arrested at protests in Portland to antifa or anarchist groups. Prosecutors have alleged no “affiliation with any specific groups or ideologies,” a Justice Department official acknowledged.

It’s much the same with “Obamagate.” An inspector general concluded that the Trump-Russia probe had a legitimate basis, and he found no evidence of political bias. Yet even now, in the midst of national crises and collapse, Trump’s allies are still talking about Anthony Weiner’s laptop.

“BIG NEWS!” Trump tweeted in response to Wednesday’s hearing. “The Political Crime of the Century is unfolding. ObamaBiden illegally spied on the Trump Campaign, both before and after the election. Treason!”

In reality, Yates testified that President Barack Obama and Vice President Joe Biden “did not in any way attempt to direct or influence any kind of investigation” and she repeatedly asserted that a genuine “counterintelligence threat,” not politics, was behind the Trump-Russia investigation.

Not that it mattered. “What I want to let the American people know,” Graham said after three hours of questioning Yates, “is I don’t buy for a minute that there were only two people at the FBI who knew the dossier was garbage.”

The nation, because of a worst-in-the-world pandemic response, is on the cusp of depression — and that’s what Graham wants Americans to know?