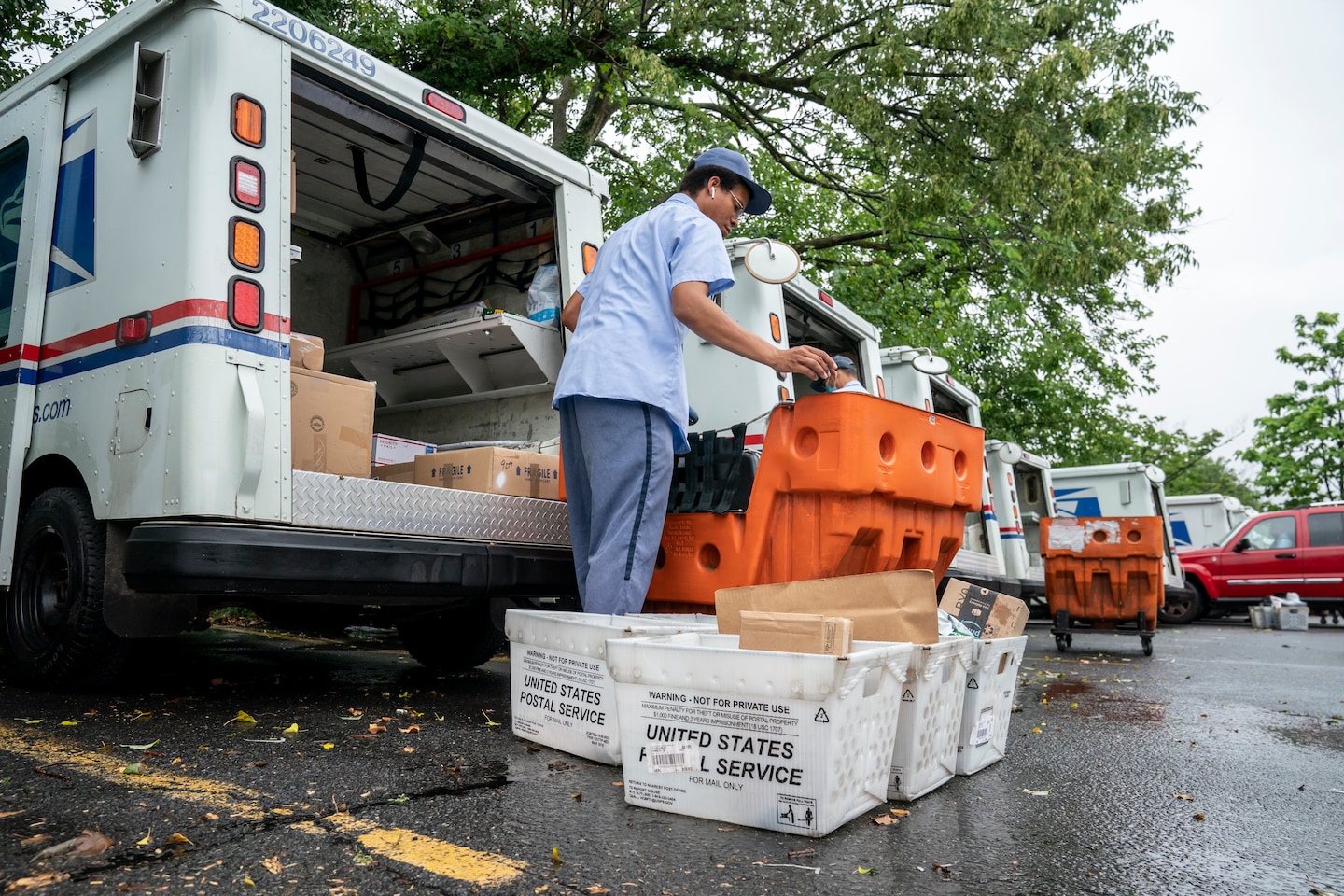 The policies bar postal employees from working overtime, a crucial method of resolving staffing shortages during the coronavirus pandemic, and instruct workers to leave mail behind at post offices and processing plants if they run late. Other procedures being piloted at some postal facilities instruct workers to leave the bulk of a day’s mail behind to be sorted in the afternoon instead of delivering it the day it was received, according to postal employees and memos obtained by The Washington Post.

The measures have already delayed mail in key battleground states across the country and sparked alarm among postal workers, who are already inundated with package volumes that exceed Christmastime levels in many areas because of robust online shopping spurred by the pandemic.

As states look to dramatically expand the use of mail-in ballots this fall, postal workers across the country said the changes could lead to chaos in November.

Already, tens of thousands of ballots across the country have been disqualified in this year’s primaries, many because they did not arrive on time. Election officials and voters are increasingly reporting long waits for the delivery of absentee ballots as states hold primaries.

In Missouri’s primary Tuesday, the Metro St. Louis League of Women Voters reported that filled-out ballots took up to 24 days to arrive back at county election boards. And some voters in Detroit said they never received the absentee ballots they requested before Michigan’s primary, which also was Tuesday.

“If policies are being put in place right now to actually slow down the delivery of the mail, that would be outrageous,” Peters said in an interview. “ … I’m hearing from postal workers, folks who are actually in the post offices, that are saying that mail has been left sitting and processing facilities, sometimes for up to a week. They are doing things that they never did before. And then I’m hearing from constituents that their mail is being delayed in a way that they have not experienced in the past. That raises a lot of questions that need to be answered.”

The Postal Service did not respond to a request for comment.

Election experts have called for the Postal Service to roll back the recent changes, saying they could erode voter trust in mail voting, or lead to ballots going uncounted because of backlogs.

“There needs to be some very serious reconsideration of some of the recent USPS policies that have resulted in delays, things like reduction or elimination of overtime,” said David Becker, executive director of the nonprofit, nonpartisan Center for Election Innovation & Research. “Look, if they don’t have adequate staff to deliver the mail in a timely way, then policymakers need to have a serious discussion about how to remedy that. And if American citizens and the American economy demand certain performance from the Postal Service, then we as a society and our policymakers need to figure out a way to deliver that service.”

The Postal Service has declined to discuss the new procedures publicly, saying in statements to the media and to lawmakers that the documents distributed to employees nationwide on the changes do not constitute official agency policy.

David Partenheimer, spokesman for the Postal Service, told The Post last week that the recent changes aim to stabilize the agency after decades of financial woes. The procedures are not meant to slow the delivery of ballots or any other mail, he said, adding that any problems will be short-lived.

Senate Minority Leader Charles E. Schumer (D-N.Y.) said Wednesday on the chamber floor that he called DeJoy three times in recent weeks to discuss the mail delays and did not receive a response.

“Mr. DeJoy evidently didn’t have concern to call back when I was concerned about mail delivery in New York and the rest of the country,” Schumer said.

“I think they’ve got some very pointed questions,” Peters said of Schumer and Pelosi.

Schumer along with Sens. Amy Klobuchar (D-Minn.), Thomas R. Carper (D-Del.) and Peters wrote to DeJoy on Wednesday with specific questions on the USPS’s readiness for mailed ballots, asserting in the letter “your staff did not sufficiently respond” to prior inquiries.

“The Postal Service is one of the cornerstone institutions in our democracy,” they wrote. “It is imperative that the Postal Service uphold its procedures for reliably delivering election mail, and that it communicate clearly and consistently with the public about expectations for the receipt and delivery of election mail.”

Peters on Monday sent a letter to Senate colleagues asking them to “share accounts or concerns you have received from postal workers, local election officials, businesses, or others who rely on timely mail service” with his office. He also published a page on his Senate website where Postal Service customers and postal workers can report issues with the mail for his office to investigate.