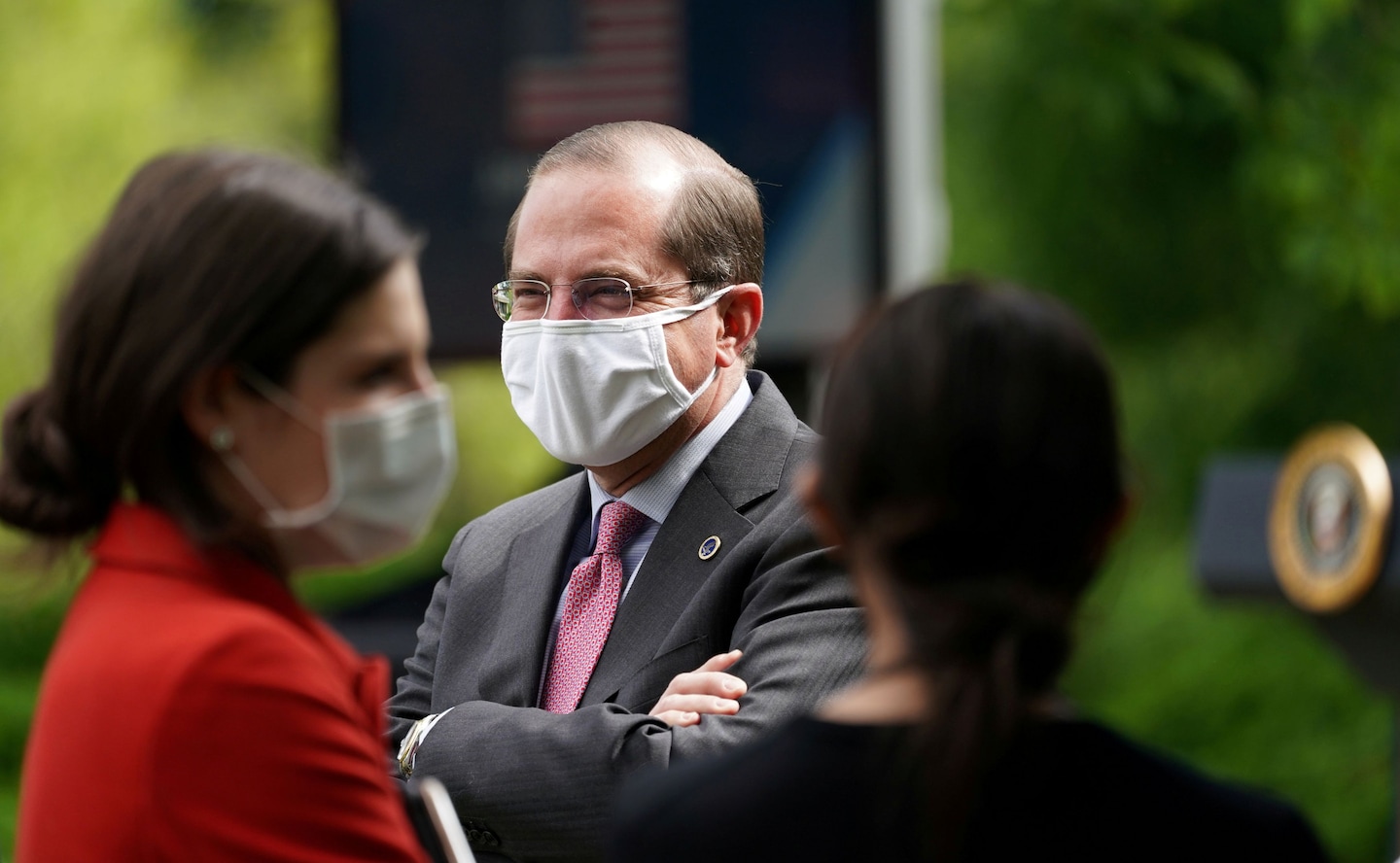 The visit by the HHS secretary is intended to demonstrate the United States’ continued support for the island democracy in the face of China’s increasingly belligerent provocations. China’s military buildup is making it more likely that Beijing could invade what it views as a renegade province. Chinese naval and air forces have engaged recently in maneuvers near Taiwan that demonstrated the mainland’s continued willingness to consider the use of force. The United States does not have a formal treaty obligation to defend Taiwan from Chinese attack, but the Taiwan Relations Act enables the United States to do so if it believes such a move would be in its interest. Azar’s visit is meant to send a signal that it would.

Taiwan is far from the only potential example of China-U.S. competition. The Wall Street Journal reported this week that China is helping Saudi Arabia develop its nuclear program, raising concerns that Beijing will help the oil-rich kingdom develop a nuclear weapon to counter its rival, Iran. The United States has long discouraged Saudi Arabia from developing nuclear weapons, but Crown Prince Mohammed bin Salman has stated that his nation would seek to develop its own bomb if Iran built one. Cooperation with China, then, can be viewed as the Saudis trying to use Beijing as a hedge against the United States and to pursue their own interests — even if its primary ally and protector disagrees.

This behavior is reminiscent of the strategic moves the Soviet Union and United States employed during the Cold War. The Soviets would regularly try to peel off U.S. allies by catering to their interests. The Middle East was a primary example of this, with the Soviets trying to build support among Arab nations by taking their side in the conflict with Israel. The United States eventually had to counter this by placing itself on both sides: arming Egypt, Saudi Arabia, Jordan and Israel, and becoming the arbiter to broker a lasting peace deal. That is how the United States enmeshed itself in the Middle East, a position from which it has yet to extricate itself despite the collapse of the Soviet Union. China’s ambitions means the United States will again need to make countermovements or cede influence in the crucial region to its leading adversary.

The Cold War stayed cold, in part, because of how the two nations fought it. The Soviet Union often masked its aims by backing so-called liberation groups or indigenous opponents. It could thus avoid direct conflict with the United States while forcing U.S. officials to commit resources to prop up its allies. We played the same game, backing client states such as South Vietnam, or rebel groups such as the Nicaraguan contras. Only once after the Cuban Missile Crisis — during the Yom Kippur War — did the two superpowers come close to direct military conflict.

China’s behaviors raise the prospect of war because Beijing does not use intermediaries to mask its aims. It uses state power directly to purchase influence around the world, and it uses its own military to stake its claims to power and territory. Should it ever cross a line, the United States could not respond simply by increasing aid to a friendly regime. It would have to intervene directly, leading to the largest global conflict since World War II.

There will be those who seek to appease China as its ambitions grow. These voices may even urge the United States to concede Taiwan to China, to withdraw from backing odious regimes such as the Saudis, and to generally negotiate a detente with the Chinese that gives them a global sphere of influence. That approach assumes the Chinese would be sated with a pond in which to play and be content to give the United States the larger share of global power. It’s hard to imagine why a nation four times as populous as ours would take that deal as its economic power grows.

Azar’s trip — though symbolic — shows that the Trump administration is not willing to go down the appeasement route. This is a fraught strategy and the stakes are high. Let’s hope the United States and the West are able to follow through to curtail China’s ambitions before it’s too late.

Biden is rolling back the culture war. The country should thank him.

The Republican Party isn’t in trouble

I get the indignation. But where are the ideas, Republicans?

Time for some more ‘good trouble’ on voting rights, 56 years after ‘Bloody Sunday’

The South’s monuments will rise again