Almost 4 in 10 election-judge jobs in Maryland are vacant. Officials are begging Hogan to change his Election Day plan. 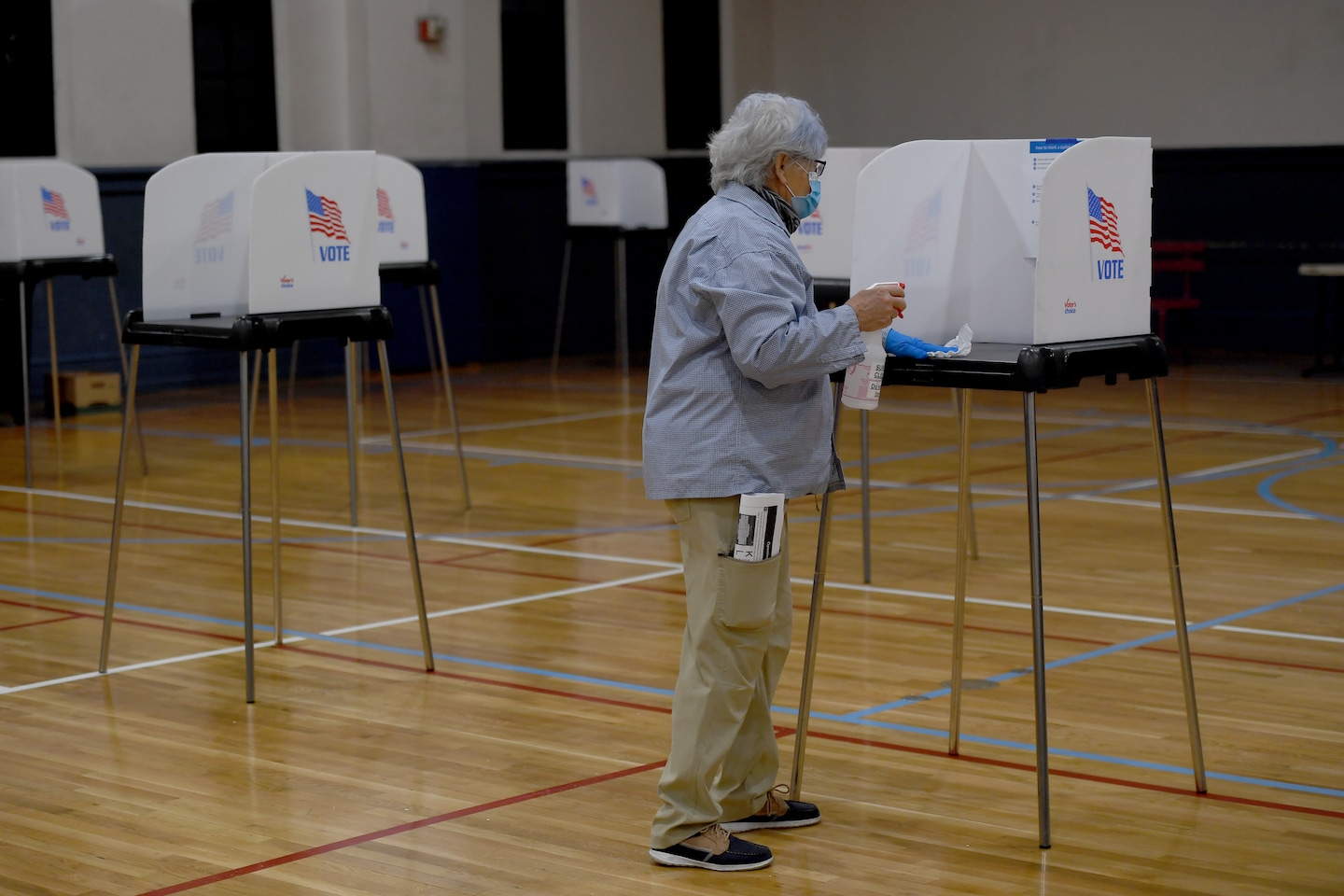 “The success or failure of this election is in your hands,” David Garreis, president of the Maryland Association of Election Officials, told the state board Wednesday as he delivered the sobering statistics about election-judge dropouts.

Local election administrators are planning for a “high probability the public health crisis will worsen in September and October, and election judges will begin to quit en masse,” Garreis said. “Once the majority of the election judges quit, there is not going to be a backup.”

States across the country are grappling with how to conduct the election amid the health crisis and heightened voter interest. Maryland elections administrators are scrambling to execute an expanded vote-by-mail operation alongside Hogan’s unusual directive to also open all the state’s polling precincts.

The board voted Wednesday to move up the deadline to request a mail-in ballot, after the general counsel for the U.S. Postal Service warned in a letter to elections officials that there was “a risk that ballots requested near the deadline under state law will not be returned by mail in time to be counted.”

Garreis said unless Hogan changes another state law, Maryland will be unable to begin counting an expected onslaught of mail-in ballots until after Election Day.

“If we begin to start opening the ballots at that point, it’s going to turn into a mess,” he said, adding that it could take a month to get results.

Local boards are already fielding record volumes of requests for mail-in ballots. Montgomery County, the state’s most populous, has received 71,247 applications so far, more than the record 62,675 requested before the 2016 election. The state, at Hogan’s direction, will mail all 4 million registered voters a mail-in ballot application by the end of August.

Hogan has cast his decision to conduct “a normal election” alongside a mail-in one as an effort to improve voter access, but he has faced widespread backlash. Scores of elderly and retired election judges are refusing to risk their health to serve, and custodians of nearly 100 polling locations have declined to be precincts this year.

Garreis, who met with the governor’s office this week, said local elections officials wanted to keep traditional polling places closed on Election Day and instead use the state’s early-voting centers — which are larger and can accommodate more people with fewer poll workers — to serve people who want to cast a ballot in person.

Hogan spokesman Michael Ricci did not immediately respond to a request for comment on whether the governor would use his emergency powers to switch to voting centers instead of precincts.

Hogan has expressed little trust or patience for the five-member State Board of Elections and its longtime administrator, Linda Lamone. He called the June primary — conducted by automatically mailing ballots to all voters and opening a limited number of in-person voting sites — “an unmitigated disaster.”

The primary had record turnout, with 1.5 million voters — about 42,000 of whom voted in person.

Hogan criticized Lamone and the board in a sharply worded letter Monday that suggested limiting the number of precincts in the general election would again cause long lines and was tantamount to voter suppression.

He said the board should have used the two months since the primary to figure out how to maximize voter participation, recruit enough poll workers and get mail-in ballot applications to every registered voter more quickly.

“This is your sole responsibility and your only job,” Hogan wrote.

Lamone, who has ignored calls from Lt. Gov. Boyd K. Rutherford (R) for her resignation, issued her own letter Tuesday laying out the timeline of bureaucratic deadlines required to send out the ballots.

On Wednesday, the election board’s vice chairman, P.J. Hogan (D), began the meeting with a last-ditch plea to consolidate voting centers and send ballots — not applications — to every voter.

“I literally had trouble sleeping last night,” said P.J. Hogan, who is not related to the governor. The only other Democrat on the board supported the vice chairman’s call for mailed ballots, but the three Republicans did not.

However, they endorsed the idea of voting centers, provided the governor authorized them.

“There’s not a person I’m looking at here that doesn’t have deep concerns about this election,” Chairman Michael Cogan (R) said to the panel. “I don’t ever go into something and expect to fail. I expect to go in and win. And I intend to win in this as well.”