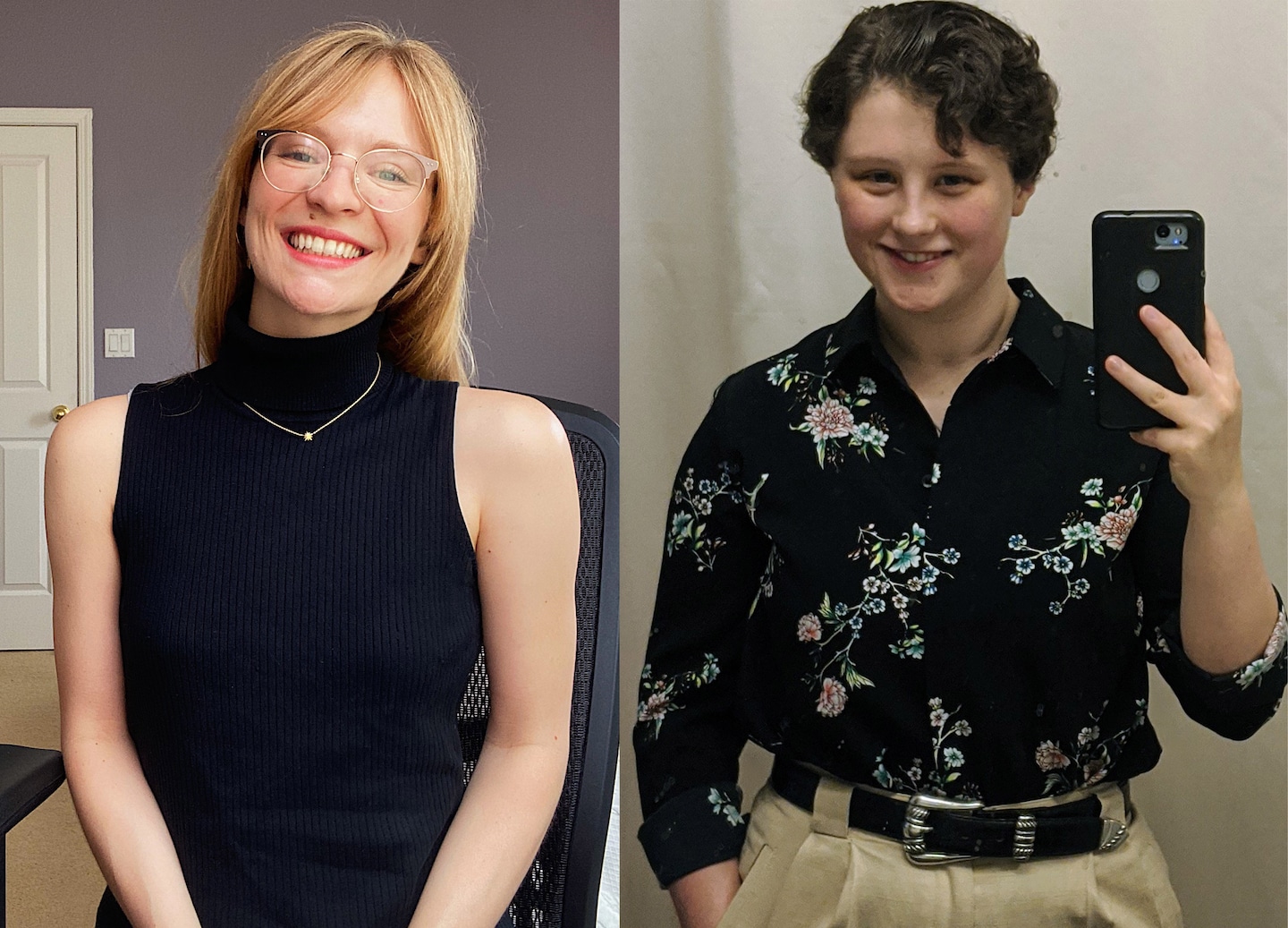 Sarah Akers, a 22-year-old medical scribe, has been quarantining in Fairfax since March when her college sent her packing. Mara Sleeter, 23, normally lives in D.C. but is currently in California, working remotely for the public affairs department of a foreign policy think tank. Mara signed up for Date Lab in November, when no one would have had any idea how a virus would change the column, but she said she doesn’t find it difficult to connect via screen and in fact has been on three or four Zoom dates in quarantine. Sarah, meanwhile, signed up in late May after a period of dating-app frustration.

On her application, Sarah identified herself as a butch cis woman, specifically looking for femme women, cis or trans. “My experience with a plethora of dating apps taught me very quickly that specificity is the soul of narrative,” said Sarah. “You’ve got to describe exactly what you’re looking for, otherwise you’re just wasting your time and that of whoever’s on the end of the line.” While Mara indicated on her application that she prefers someone who is “less femme than me,” during her interview she backpedaled, saying that it’s not an entirely accurate representation of how she dates. “I’m ‘femme’ because I’m a more feminine person, but that’s not how I would identify as a lesbian,” she explained. She said that her outward presentation aside, “When you get to know me, I have a forceful, quote-unquote masculine personality.” Just a small reminder that we humans contain multitudes.

About that outward presentation of Mara’s, here’s what Sarah thought as soon as Mara showed up on-screen: “Wow.” Sarah said that if she had a type, Mara would be “definitively, demonstrably” it. Mara, meanwhile, didn’t feel the same electric shock of physical attraction for Sarah, but “then we started talking and she’s super chill, and I really enjoyed my time with her,” she recalled.

Theirs was an early dinner/late lunch meeting as a result of the three-hour difference, though both waited until after their date to eat (Sarah ordered spaghetti from the Cheesecake Factory, while Mara chose biryani and samosas from her favorite local Indian spot).

Mara said their conversation, while pleasant, was “very surface level, this-is-what-I-like-to-do.” She compared the start of their interaction to an interview, though conceded that things became more natural as they talked. Sarah remembered, “There was a nice balance of her being completely willing and open to sharing things about herself but also asking me plenty of questions.”

Naturally, they discussed how quarantine had changed their lives, and things that they missed while in lockdown. They’re both active, as Mara swam in college and Sarah has been taking 20-mile bike rides during recent weekends. Both enjoy hiking. However, Sarah is a swing-dancing enthusiast, and Mara is not. Sarah said that while she used to take prospective partners at their word when they told her they weren’t interested (or simply couldn’t) dance, “Now, I make more of an effort to see it as less of a thing to be disappointed by and more of a thing to be challenged by: ‘Oh, you can’t dance, but you haven’t danced with me.’ ”

Indeed, Mara hasn’t, but more important, she won’t. “That’s one thing I absolutely never, ever could do,” she said.

Their conversation yielded mutual admiration. Sarah felt that Mara’s work is clear-cut proof that she is doing something with her life, and Mara said she was impressed by Sarah’s ambition. Sarah, who has wanted to be a doctor since she learned what jobs were, plans on applying to medical school shortly. “I was impressed that she had such a clear view of what she wanted her life to be,” said Mara. “That kind of direction is attractive.”

But Mara would only be admiring Sarah’s drive from afar. Though Sarah texted her after the date saying that she would be interested in continuing to see Mara, Mara said she didn’t believe they were ultimately compatible. She added that even if she hadn’t holed up in California during lockdown, the distance between her in D.C., and Sarah in Fairfax, was simply too much for her. Even a short distance can feel like long way away if your heart isn’t in it.