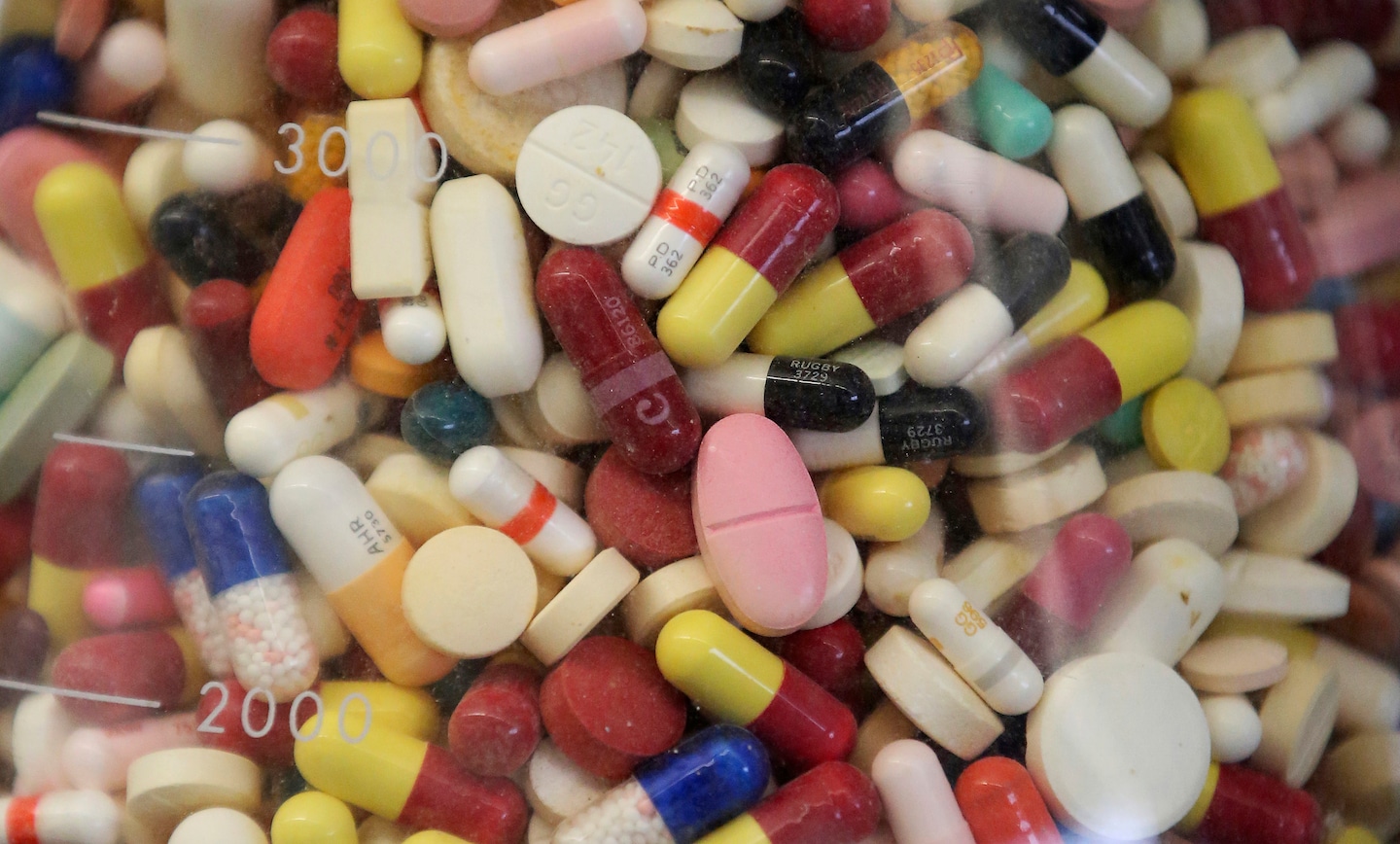 The White House “buy American” plan, which has drawn objections from the drug industry and many economists, has been in the works for months. Trump in a speech at a Whirlpool factory in Clyde, Ohio, said it would bolster the security of the U.S. health system and bring supplies of drugs “home, where they belong.”

“We cannot rely on China and other nations across the globe that could one day deny us products in a time of need,” Trump said. “We just can’t do it.”

The administration has yet to fill in key details of the plan. The Food and Drug Administration will be required to develop a list of the essential medicines that will be covered under the order. The order also would reduce some FDA and Environmental Protection Agency regulations for domestic manufacturers, Trump’s top trade adviser, Peter Navarro, said Thursday in a conference call with reporters.

At a minimum, the order will apply to drugs and supplies needed to combat emergencies such as pandemics, bioterror attacks and other national security threats, Navarro said.

“We are dangerously dependent,” said Navarro. “The United States must protect its citizens, critical infrastructure, military forces and economy against outbreaks of emerging infectious diseases.”

Both Trump and Navarro used the phrase “China virus” Thursday to describe the coronavirus, despite criticism that the term is racist.

Ninety percent of U.S. prescriptions are filled with generic medicines, and the majority of generic ingredients are sourced overseas, especially China and India. The stock price of two of the largest generic manufacturers, Mylan and Teva, on Thursday dropped about 3 and 4 percent, respectively.

The lobbying group representing generic drugmakers, the Association for Accessible Medicines, has been more supportive of the proposed requirements than the brand-name trade group, the Pharmaceutical Research and Manufacturers of America.

AAM said Thursday that it can get behind elements of the executive order but that it wants to see a greater level of detail as agencies adopt it. A key request of the AAM is that the government ensure additional costs of producing drugs in the United States are taken into account in long-term government contracts with manufacturers, said Jeff Francer, the group’s interim CEO and general counsel.

“We also have to make sure that in the middle of a pandemic, we don’t stress, and overly stress, the supply chain,” Francer said, “and that we have to ensure that the U.S. government is working with established manufacturers in a comprehensive way on this issue.”

PhRMA President and CEO Stephen J. Ubl said in a statement that mandating domestic manufacturing would be an unprecedented step:

Navarro has been key in pushing a White House agenda to bring more drug and medical supply manufacturing to the United States. He has seized on gaps in U.S. pandemic readiness, particularly with personal protective equipment like N95 face masks for front-line medical workers as well as ventilators for patients severely ill with covid-19, the disease the novel coronavirus causes. Supply shocks have also caused hospital administrators to scramble to secure enough sedatives and pain medications for seriously ill patients on ventilators.

The crisis has shown how countries around the world are prone to limiting exports and hoarding supplies to protect their own populations, he has said.

“Big Pharma and their lobbyists are going to oppose bringing home our global supply chains, and they are going to tell us that you shouldn’t have to worry about their companies being able to supply American,” Navarro told The Washington Post in an email in April. “But if we’ve learned anything from the China virus, it’s not the companies calling the shots, it’s the countries. And we’ve seen what countries are doing — banning the export of active pharmaceutical ingredients, hoarding [personal protective equipment], interdicting raw materials, price gouging, and so on.”

Trump’s order affects purchases by the Departments of Health and Human Services, Defense and Veterans Affairs. The executive order permits agencies to obtain waivers for the manufacturing requirement, and it was unclear how much change in purchasing would happen, or how fast.

“At a minimum, we need to have enough production to deal with pandemics or CBRN threats,” Navarro said in the Thursday conference call, using the acronym for chemical, biological, radiological and nuclear warfare threats.

Navarro also said Thursday that Trump’s effort to streamline regulations for domestic drug manufacturing is a critical component: “We have a situation where both FDA and EPA have a set of rules that are skewed toward more traditional manufacturing and disadvantages domestic produces over foreign producers.”

Trump last month signed four executive orders intended to lower prescription drug costs, including starting a process to peg U.S. drug prices to an international index and permit imports of prescriptions from Canada. But those proposals have been mired in lobbying fights and internal debate and were not expected to yield results soon. Trump in his Ohio speech portrayed the initiatives as populist.

Trump said he had “a lot of very, very rich enemies out there, and they are not happy with what I am doing.”

The administration also said last month it will loan Eastman Kodak $765 million to produce active pharmaceutical ingredients domestically. The move was expected to create 350 jobs at Kodak’s home base in Rochester, N.Y., and in St. Paul, Minn. In May, the Biomedical Advanced Research and Development Authority, part of HHS, awarded a $354 million contract to a Virginia start-up called Phlow, which is dedicated to domestic pharmaceutical manufacturing.

Navarro said the latest executive order had been delayed by a lengthy White House legal review.