Police with guns confront Black drivers more than I realized. Even after it happened to me. 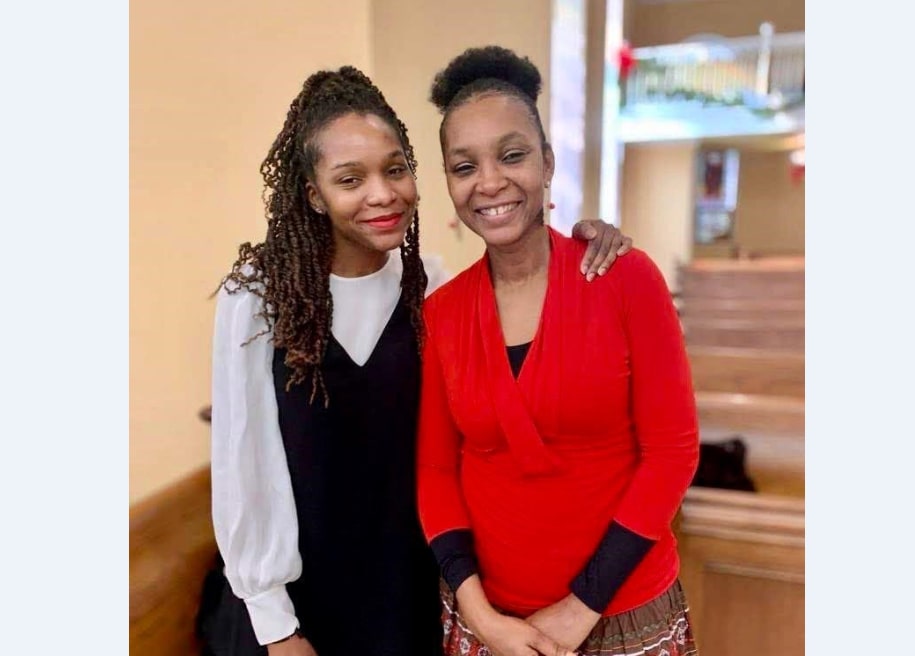 Mine happened when I was 17 and with my mother. We were heading back from a mother-daughter outing to get my ears pierced.

It was 2007, my senior year at Eleanor Roosevelt High School in Greenbelt. I had just gotten into the University of Maryland, and I was ecstatic. My mom promised me I could get my ears pierced to celebrate my first college admission. We made the trip from our home in Laurel to a piercing shop in College Park after my high school soccer game. My team was 4-0, and I was captain. Wearing my soccer jersey, I was on Cloud 9.

On our way home, on Route 1, we noticed several police cars behind us with flashing lights and sirens. We pulled over to a side street because that’s what you do when you see those flashing lights. The next 35 minutes were surreal.

While still sitting in the car, we saw four Prince George’s County police cars behind us and at least four guns pointed at us. Two at my mom, two at me. Spectators began to gather. At least one person was filming.

An officer yelled “DO NOT MOVE” from a loudspeaker. He began to give quick pointed instructions while the guns were still trained on us. He ordered my mom to stick her left hand out of the window, then open the door from the outside. He demanded she come out the car with her hands up. Shaking, she complied.

Two officers — one with a gun drawn — approached and aggressively handcuffed her. The officers gave me the same commands. I stuck my right hand out of the window, opened the door from the outside and stepped out. I was handcuffed by two officers.

The officers pushed us onto the sidewalk curb. We watched while they searched every crevice of the car. They never asked permission to search it. One officer told us they “had run the plates,” and we were driving a stolen car.

My mom and I were barely able to communicate. We were paralyzed by fear and shock. I kept asking my mom “What’s happening?” and “Are we going to be okay?” She was muttering the Hail Mary prayer. We had guns pointed at us.

I realized she needed me to be strong, so I started telling her “It will be okay” and “This is just a misunderstanding.” Bystanders were staring and taking photos — we felt like zoo animals.

After a humiliating and agonizing 30 minutes, an officer walked over and removed our handcuffs. She said “we had run the wrong license plate number” and she told us what we already knew — they had the wrong car.

That was it. No apology or acknowledgment of what we had just endured. The insult to the injury was the nonchalant response from the officers.

There was a young White lady nearby who filmed the entire assault, and we asked her to send us the footage. She was apprehensive to even talk to us, but she took our number and email. She never sent it to us.

Afterward, I felt degraded and angry. We called a lawyer who echoed the common refrain that we could file a complaint and try to press charges but it would be an uphill battle. My senior year continued. My mom and I decided to just leave things alone.

I had so much to look forward to and reliving this painful experience in an effort to find justice was not a priority. We were livid at what the officers did, but we truly believed the one officer who ran our plates had made a mistake — a clerical error. Little did we know.

Now we know we were some of the countless victims of the Stolen Car Excuse. We later learned there is a pattern of police officers stopping Black people and wrongfully identifying their cars as stolen. Little did we know then that we were not unique, we are just Black.

The young Black mothers who reported being victims of the Stolen Car Excuse on July 30 had an eerily similar experience. India Johnson and Yasmeen Winston were headed to the World War II Memorial fountain with their babies. Before they were able to get out of their car, they said, Secret Service officers pointed guns at them and yelled at them to get out and put their hands up. The officers handcuffed them, separated them from their babies and claimed their car was stolen, they said. The two women said they spent nearly an hour handcuffed.

Officers finally confirmed Johnson was the owner of the car and let them go. Like us, the women said they did not receive an apology. Like us, the two Black women felt traumatized by the officers and their inhumane response.

I was not surprised when three days later, on Aug. 2, in Aurora, Colo., another Black mom had yet another similar experience. Brittany Gilliam had planned a girls day at a salon with her younger sister, her daughter and two nieces. Just like me, just like the moms in D.C., the next thing they knew their car was surrounded by officers with guns. Two of the kids were handcuffed and forced to lie on the ground. In a now viral video, the young Black girls, including a 6 year-old, were crying. Again, officers used the Stolen Car Excuse and eventually released the family when they realized their mistake. Gilliam told the Denver Post “there’s no excuse why you didn’t handle it a different type of way … [t]here was different ways to handle it.”

With the national spotlight on race and policing, these terrifying incidents are now making the news. But for most Black people who experience such indignities, their stories are never told.

There is long-lasting impact caused by the trauma, fear, anger and shame from racial profiling and police harassment. But worse, these situations are life or death for us. The viral videos of countless Black people killed in police custody are constant reminders. As Winston said, “I could have been another Breonna Taylor.” And as activist Brittany Packnett has said “every Black person you meet is a miracle.”

Black people, specifically Black women and their children, are regularly forced into life-threatening situations because the police officers who stop them make careless mistakes. And that’s giving the officers and their departments the benefit of the doubt.

We, as a society, can choose to stop this, we can demand our leaders and police departments change their policies now.

These laws and policies have enough momentum to pass only after a Black person’s death hits the national spotlight. Here, we have a chance to make changes now.

Changes that could address this overzealous police problem include: Police departments could require the officer who initially spots the suspected stolen vehicle to call dispatch and confirm key details before asking for backup and stopping the car at gunpoint. Once backup arrives, that officer can be required to also confirm the license plate and details. As consistent with the Use of Force Continuum, police can be trained to only point guns at suspects who are aggressive and resisting.

In my situation, and as far as I can tell in the others, none of us was resisting in any way.

Let’s stop the Stolen Car Excuse now — before we are naming a new law after a beautiful Black mother and her children for the wrong reason.

Nonny Onyekweli is a New York-based lawyer and a former member of the Cleveland Federal Police Monitoring Team.