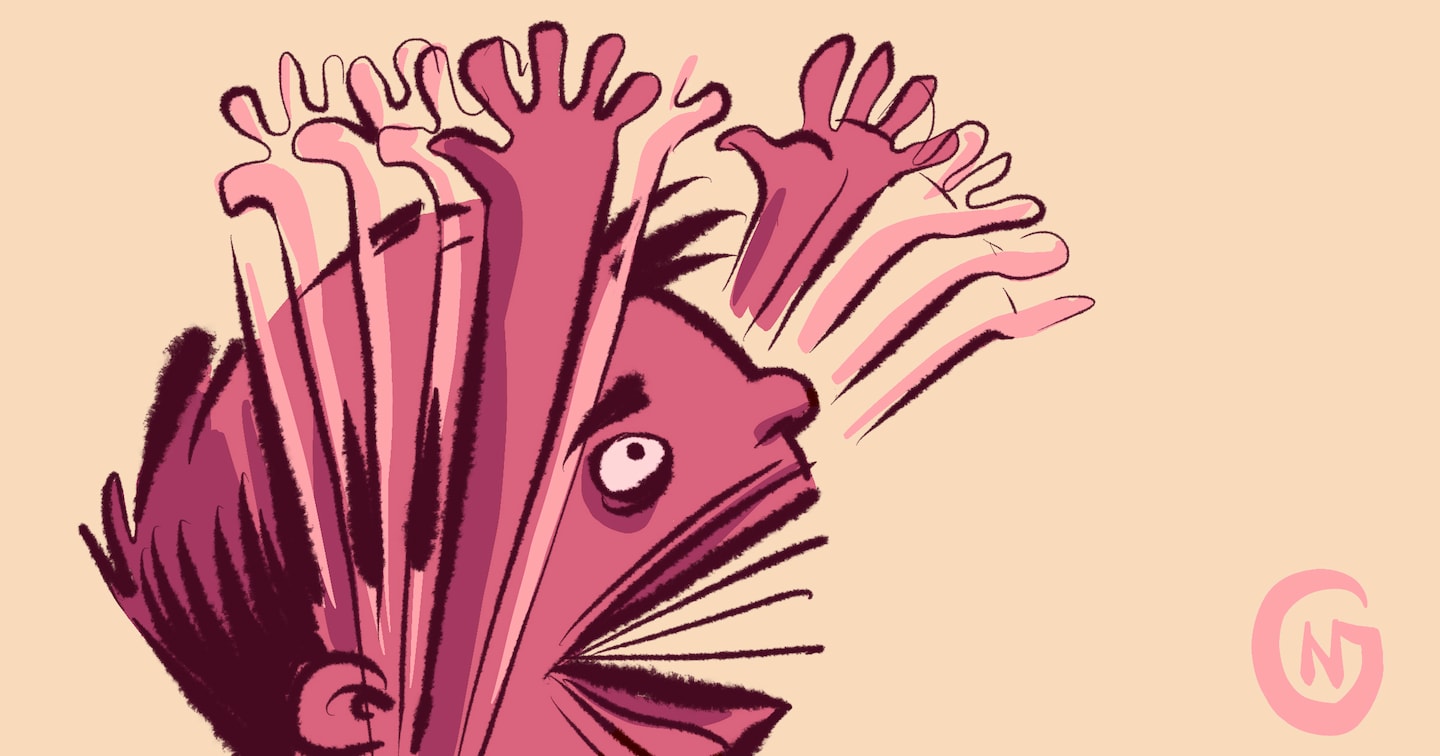 What’s going on with these people? It’s not playacting on their part. They really sound miserable. So why do they stay? I just don’t get it.

— Why Do People Do This?

Why Do People Do This?: Instead of telling, try asking: “If it’s so bad, then why do you stay? I’m genuinely curious.”

●Maybe next time ask them if they are related to Fred Flintstone. Ask them if they are in the Stone Age where that old trope about “the ball and chain” still applies? Just ask them if they are genuinely miserable, or if they think this is what is expected of their gender, to complain about marriage. Because that would just be sad. Be genuine and say it’s getting old, but if it’s genuine, then find solutions to your problems, because it’s no fun to be the listener.

●Next time one of the guys starts complaining, bluntly say, “Tell me one thing you love about your wife.” If they stammer or give you a blank stare, explain that all you hear are the negatives and you want to know something positive about them. Repeat as necessary, and I’m guessing the complaints will slow down.

●It’s not just men — women do this too, gripe about their spouses with no apparent goal of changing things. My working hypothesis is that it’s a form of social bonding, though: There’s an assumption that the Awful Spouse is a shared hardship, which other men/women will understand and sympathize with. And then participating becomes a social ritual — to prove you belong to the group, to prove you understand the shared experience, blah blah blah. It’s a more insidious, more socially harmful variation of everyone griping about the weather, traffic or the awful coffee in the cafeteria.

At least that’s my guess. Me, I have a rule to only ever gripe about my wife when she’s there to return fire.

I’m taking the rest of the day off.

Dear Carolyn: This lunatic single woman is out there having a bunch of conversations with married men where she suggests they divorce their wives? People just want to b—- about their spouses sometimes.

— Happy to Represent the Other Side

Happy to Represent the Other Side: The writer could be a lunatic single male. But, okay! Thanks, everybody.