Amid college inquiry, Mass. congressional challenger says he had ‘consensual’ relationships with students 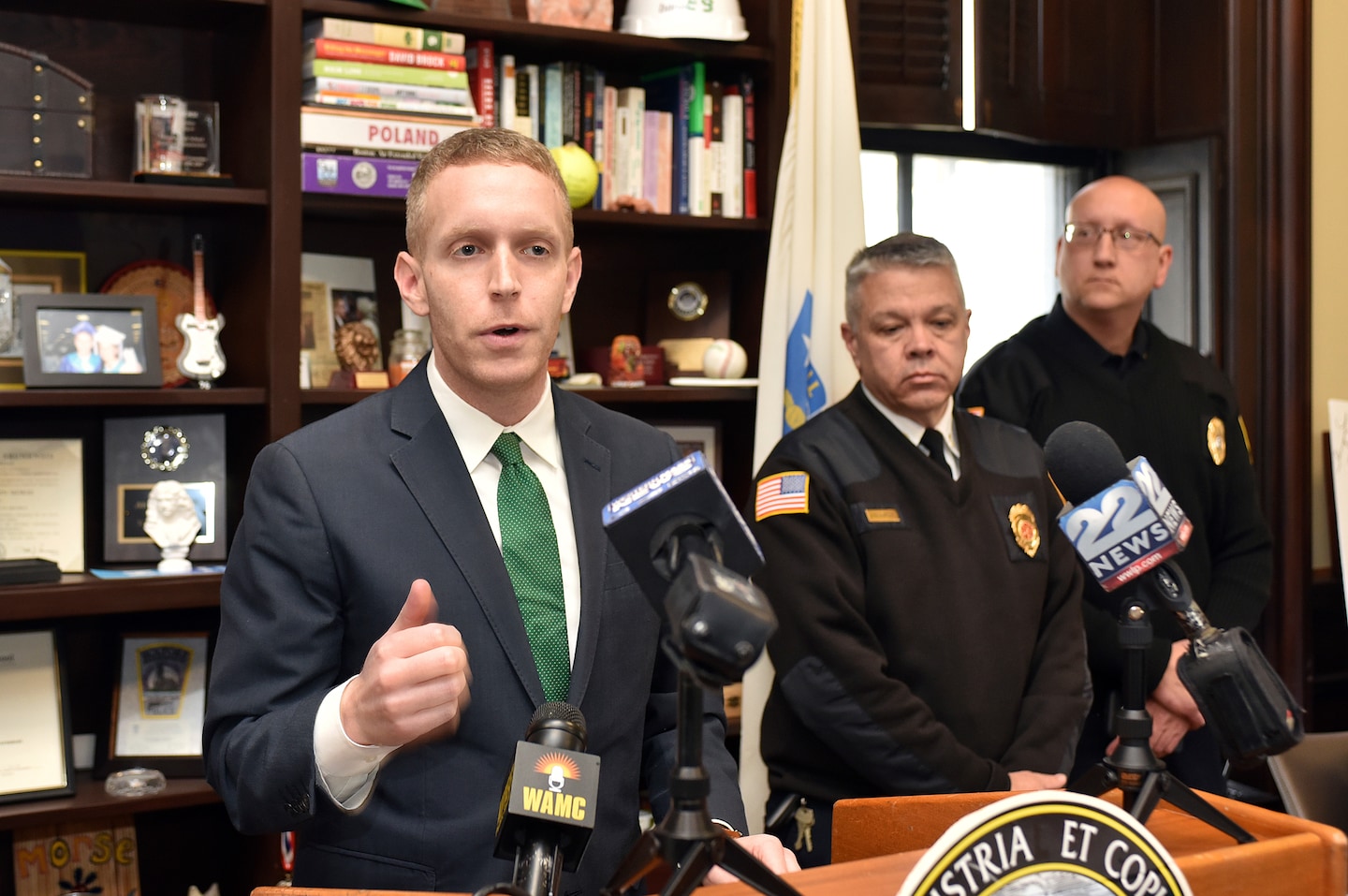 But as allegations emerged that Morse had used his position to make advances on men a decade his junior, he offered an admission on Sunday: He had in fact engaged in relationships with local college students.

In an apology Sunday night, Morse, who also taught college courses for a time, refused to drop out of the race. His sexual orientation had unfairly heightened the focus on his personal life, he said, while denying any accusations of nonconsensual relationships.

“I say this not to shirk responsibility for having made anyone uncomfortable,” Morse said in a statement. “I am simply highlighting the fact that I am being held to a different standard, one deeply connected to a history of surveilling the sex lives of people like me.”

In a letter to the candidate late last week, the statewide College Democrats chapter said the mayor’s behavior was nonetheless inappropriate, disturbing both the organization’s members and other students who were subject to his advances.

“Where such a lopsided power dynamic exists,” the group said in a follow-up statement, “consent becomes complicated.”

An investigation into his conduct by the University of Massachusetts at Amherst, where he taught a political science class from 2014 to 2019, is ongoing, the university said.

The son of a meatpacking plant worker and a day-care operator who met in public housing, Morse first went public with his sexuality at age 16 — on his Myspace profile. He went on to start his high school’s gay-straight alliance as well as a citywide LGBTQ nonprofit that organized a “Pride Prom,” he told Salon last month.

As a 22-year-old college senior, he returned to Holyoke to kick-start his mayoral campaign, winning the office and working to address health and education disparities and extending a hand to the city’s large Puerto Rican community.

Nearly four terms later, he launched a grass-roots campaign for Congress. Among his most prominent endorsements were the Justice Democrats, the liberal group that fueled the rise of progressive primary challengers like Reps. Alexandria Ocasio-Cortez (D-N.Y.) and Ayanna Pressley (D-Mass.).

After a victory by Black Lives Matter activist Cori Bush in St. Louis last week, momentum seemed to be gaining. No polls had been conducted, but fundraising figures showed Morse just barely behind Neal, the powerful chair of the House Ways and Means Committee.

Then, on Thursday, Morse received a troubling set of allegations by email. In a letter obtained by The Washington Post and first reported by the Massachusetts Daily Collegian student newspaper, the College Democrats of Massachusetts told the candidate he would be uninvited from all future events because he had “disturbed” its members online and in person.

The letter alleged Morse regularly matched with college students on the dating/hookup platforms Grindr and Tinder, added others to his “Close Friends” list on Instagram and sent them direct messages on the app, and engaged in “sexual contact” with college students, including those at UMass.

The group did not include specific stories or name any of the students accusing Morse, but said those incidents pointed to “dangerous and inappropriate” power dynamics that complicated sexual consent.

“Even if these scenarios are mutually consensual, the pattern of Morse using his platform and taking advantage of his position of power for romantic or sexual gain, specifically toward young students, is unacceptable,” the letter said.

On Saturday, UMass. said the letter was the first administrators had heard of the “serious and deeply concerning” charges against Morse. The school added it did not currently employ the candidate and would not be hiring him again.

Relationships between faculty and students are banned at UMass, the Daily Collegian reported.

On Sunday, Morse apologized and said he now acknowledged the influence of his position, even outside his day job. But he also insisted he would stay in the race, pointing out what he characterized as “the invocation of age-old anti-gay stereotype.”

“I want my freedom, and I want you to have yours too,” the candidate wrote. “I continue this campaign mindful of the fact that my personal life — and my consensual sexual activity — will be subject to scrutiny and fixation that are all too familiar to members of the LGBTQ community.”

The College Democrats came under additional scrutiny during the weekend for a $1,000 donation the organization had received from Neal. The group said it was “untrue, disingenuous and harmful” to claim its letter was a “quid pro quo” with Neal’s campaign or had been motivated in any way by Morse’s sexuality.

Karoun Demirjian contributed to this report.