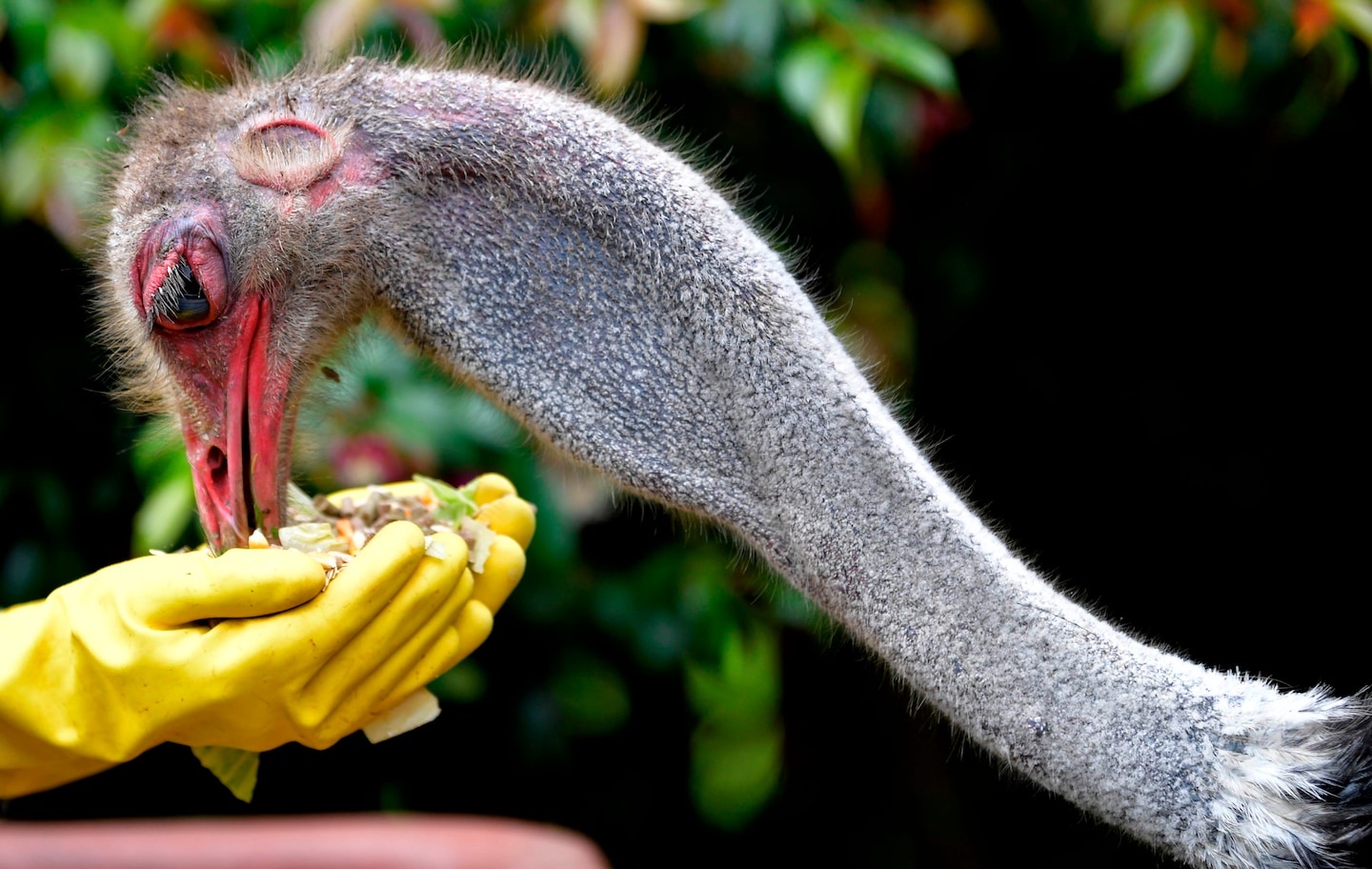 It was a regular Tuesday morning under coronavirus lockdown for residents in a Manila suburb when, out of nowhere, a giant flightless bird came bounding down the street.

As the runaway ostrich dodged cars and turned heads, tailing it in hot pursuit was what appeared to be a dog, but which eagle-eyed observers later pointed out was a goat.

Some on social media likened the spectacle to the “Looney Tunes” cartoon where Wile E. Coyote chases the Roadrunner. Others demanded to know who was playing “Jumanji,” the jungle adventure board game in the 1995 film in which wild animals came to life.

“That’s some goose, bro,” the unidentified man said from the driver’s seat, in a longer cut of the clip.

The ostrich was later found to be one of two that escaped from their enclosure after a handler accidentally left it open.

In another video, one of the ostriches was prevented from entering a private subdivision in Quezon City. “You have no gate pass!” a security guard called out as the bird retreated.

Quarantine passes are a requirement in parts of the Manila area because of the pandemic.

The absurdity of the runaway ostriches — which are not native to the Philippines — made them an Internet sensation and a welcome distraction during one of the world’s longest and most stringent lockdowns.

Locally, the other news of the day was an allegation that officials at a state-owned health insurance agency had pocketed $300 million — a charge they denied. Creative Internet users reacted by channeling the ostrich as a symbol for frustration about corruption. The memes elevated the ostrich to the kind of stardom enjoyed by a badly behaved rhea that pecked at Brazilian President Jair Bolsonaro.

But less than a week later, one of the ostriches died, reportedly because of stress.

One of the birds’ caretakers quit his job soon after the great escape, possibly embarrassed at the media spectacle, said Charlie Pascual, lawyer for the ostriches’ owner, Jonathan Cruz.

The story took an even more morbid turn when Pascual revealed that the doomed bird had been cooked and eaten — although he could not confirm local reports that its final fate was a plate of adobo, a traditional dish usually prepared with chicken or pork.

“Mr. Cruz thought that the ostrich was already buried,” Pascual said. “Then the following morning he came back . . . then the two caretakers admitted that they thought it was a waste to bury the ostrich, and they cooked it.”

The surviving ostrich has been turned over to wildlife authorities and is now in a reserve.

Authorities say they are looking into how the ostriches ended up in the city. The birds were reportedly sourced from a breeder and bound for a farm north of Manila.

“What we’re looking for is the wildlife registration permit,” said Benny Antiporda, undersecretary of the Department of Environment and Natural Resources. Ostriches are considered protected wildlife under government regulations.

Pascual said the ostriches were registered as livestock, not wildlife. He said Cruz had intended to start an ostrich farm — a plan that was derailed by the pandemic — and had been waiting on a transport permit to move the birds.

As some Filipinos shared the clips on social media, they quipped: Nature is healing.