They fought for freedom in Hong Kong. Now, they must find it in exile. 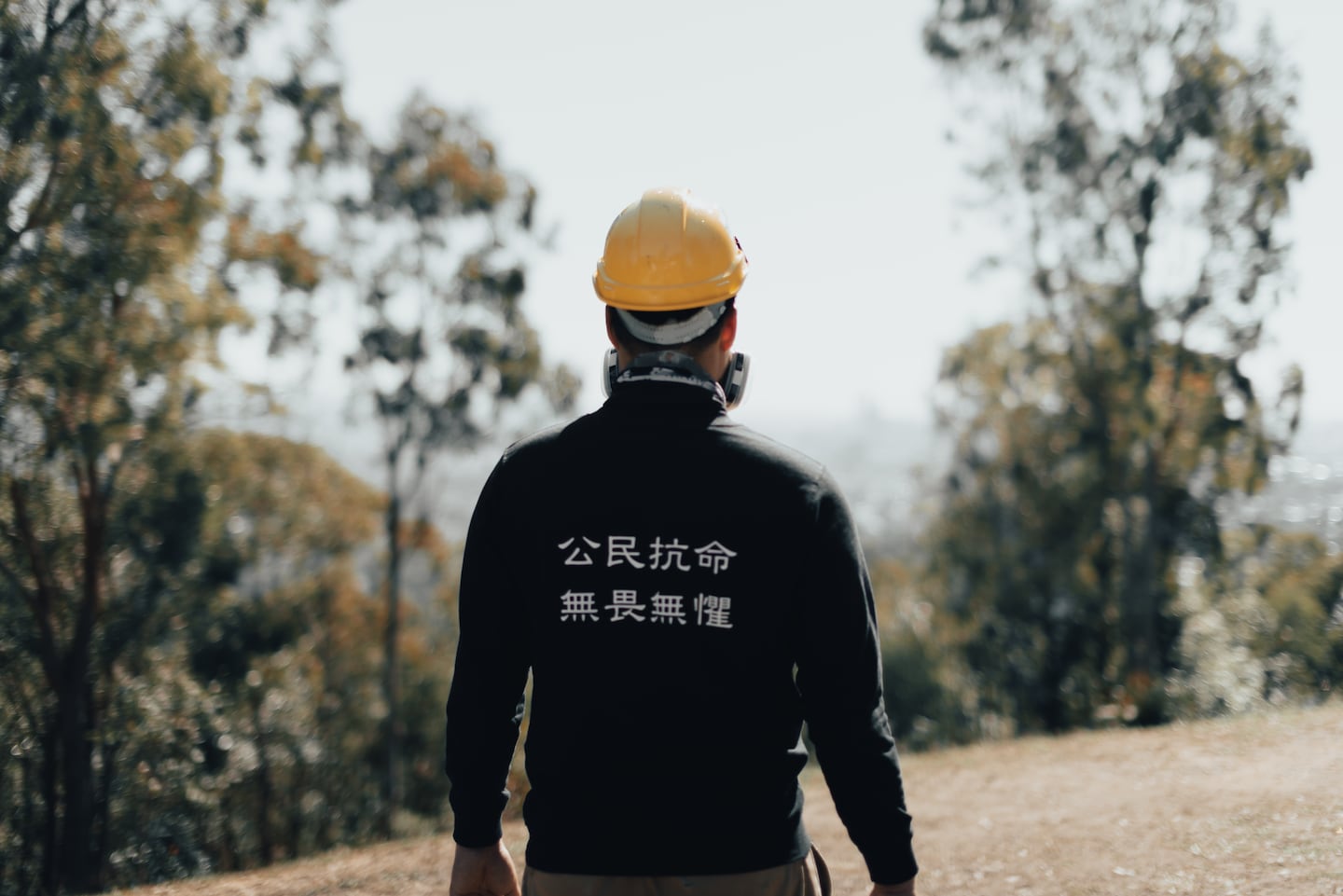 Today, Jack is an asylum seeker, living alone some 4,000 miles away in an Australian city he will not disclose. Struggling with English and the Australian accent, he spends his days repairing vehicles and speaks to almost no one.

“I feel lonely sometimes, but this is my destiny,” said Jack, who gave only his first name for fear of retribution.

Jack is among a growing number of Hong Kong protesters — mostly in their teens and early 20s — who have fled abroad and are living in legal limbo after participating in the months-long uprising against Beijing’s tightening control. Ranging from prominent activists to unknowns who had little political awareness before last summer, they have scattered as far as Britain, Germany and Canada, though many are in nearby Taiwan.

The nature of their departure means the data is incomplete, but resettlement groups and available asylum figures estimate that there are hundreds of these political refugees. Unlike middle-class migrants who secure work or investment visas, many of this cohort left hastily, with little but the clothes they were wearing.

There is no way back. Many violated bail terms by leaving and would face immediate detention if they returned. A sweeping security law that Beijing imposed on Hong Kong this summer has prompted a new wave of departures, among them the activists Nathan Law and Honcques Laus. Chinese state media reported that police have issued arrest warrants for Law, Laus and four other overseas activists — one a U.S. citizen — under the law, which asserts global jurisdiction.

“I have no idea what is my ‘crime’ and I don’t think that’s even important,” Law wrote in a Facebook post. “These are trumped-up charges.”

In response, Western countries have suspended extradition treaties with Hong Kong and are expediting “lifeboat” plans to offer emigres a path to citizenship. But the experiences of young protesters who have escaped offer a window into what awaits: an isolated life, filled with trepidation that they might be surveilled, or harassed by Chinese agents.

On Tuesday, Trump ignored the human rights issues around China’s crackdowns on Hong Kong and framed it as a possible economic win for the United States, saying the territory “won’t be a competitive market, can’t be with a government running it.”

In an interview with Fox Sports Radio, Trump asserted that the United States had spent “billions of dollars making life comfortable for [Hong Kong] for freedom.”

“We’d do that if they were free, but they are not free,” he said.

Many of these young refugees face financial insecurity and have cut ties with their families to protect their safety or over differing political views. Their plight reflects the rapid unraveling of Hong Kong: A city that offered sanctuary to Chinese landowners fleeing the Cultural Revolution and to Vietnamese asylum seekers escaping war is now exporting a new generation of refugees.

Join a protest, emerge a refugee

Jack’s political awakening began in 2014, when he joined an ultimately unsuccessful 79-day street occupation to demand the right for Hong Kong people to directly elect their leaders. That movement planted the seeds of the 2019 revolt, sparked by a proposal to allow extraditions to mainland China but rooted in broader concerns that the ruling Communist Party was subsuming Hong Kong into the authoritarian mainland, violating its promise to preserve the city’s autonomy.

June 12, the day that Jack was arrested, marked the start of more-radical action. With nonviolent tactics yielding no concessions from Beijing, he and others wanted to fight back more forcefully.

An opportunity came less than three weeks later, when, while out on bail, Jack joined a group armed with sticks and metal railings and helped smash into the building that houses Hong Kong’s legislature. Inside, he scrawled the Hong Kong emblem with graffiti, wrote expletives against the Chinese government and smashed facilities.

“When I heard riot police were coming, I ran out of the building so fast, I didn’t have time to put on my mask,” Jack said in an interview. “My fingerprints were everywhere, and photos were all over the media.”

Also in the Legislative Council building that day was Brian Leung Kai-ping, who read out a manifesto on behalf of protesters calling for universal suffrage and democracy. Leung, a PhD candidate at the University of Washington, returned to Seattle the next day. This January, Hong Kong police charged him with illegal entry stemming from the legislature occupation, but on June 9 those charges were upgraded to rioting, which carries a 10-year maximum sentence.

With Beijing’s security law taking effect on July 1 — imposing penalties of up to life in prison for vaguely defined offenses such as secession, subversion, terrorism and foreign collusion, Leung abandoned plans to return to Hong Kong to face his charges, making him a wanted person. Though currently on a student visa, he intends to remain in the United States, probably by applying for asylum.

“I thought I would just go back, be sent to jail for several months, and that would be a reasonable punishment,” Leung said in an interview, admitting such hope was misplaced.

“There’s still an element of shock. I never thought that going to a street protest would make you end up as a refugee — it is still hard to swallow.”

When Jack landed in Australia last September, his clothes were dyed blue. Before boarding his flight, he said, he had attended a protest in the Tsim Sha Tsui neighborhood where he was hit with a stinging blue liquid fired from a police water cannon. He had no time to change before rushing to his gate.

Initially, he did not want to seek asylum as he felt embarrassed at the label. Instead, he applied for a working-holiday visa and planned to go to school for vehicle maintenance and repair. He had no friends and no money, but connected with a group of Hong Kong residents. Few, however, live in the city he settled in.

“I thought of committing suicide,” he said, adding that China’s passage of the security law eventually persuaded him to lodge an asylum claim. Jack’s Hong Kong friends encouraged him to go to church, though he is not a Christian. “They told me I am not alone, and that really helped me,” he said.

A group of four protesters, ages 19 to 23, all of whom declined to be named because of safety concerns, fled to Britain in April and May, having become concerned about their futures after they were arrested last year. As they plotted an exit, Britain stood out as one of the few places that would admit Hong Kong residents without a quarantine period amid the coronavirus pandemic.

Entering as tourists, they rented a small house in a British town they do not want to disclose. They have minimal contact with relatives, who do not know their whereabouts. All were working or studying before leaving Hong Kong, but now spend their days doing nothing while they wait for a more permanent status that would allow them to work legally. Because they were born after Hong Kong’s 1997 handover from Britain to China, they are not eligible for the British National (Overseas) passports that would grant some 3 million Hong Kongers a path to British citizenship under measures London announced recently.

In Australia, Jack admits that he is lucky. His tuition fees are paid by his father, a businessman who took him to annual vigils in Hong Kong commemorating Beijing’s 1989 Tiananmen Square massacre. Jack’s father visited him in January, but the national security law has led Jack to cut ties with relatives in Hong Kong as he fears for their safety. Under the law, anyone who protects those alleged to have broken the security law is also guilty of an offense. Chinese authorities routinely seek to punish activists and others who have fled abroad by intimidating their relatives in China.

Without legal status that would allow them to work, others in exile are similarly dependent on handouts. In Taipei, one Hong Konger in his 20s, who wanted to be identified only as Collins for fear of retribution, fled when a fellow protester was arrested. Police in February raided an empty apartment that protesters had set up as a control center, seizing cellphones, laptops and gas masks that were stored there and would have led investigators to Collins. The engineering student flew to the Taiwanese city of Kaohsiung and told his family only after he arrived.

Although Taiwan has opened a humanitarian office for Hong Kong people living there, it has no clear asylum process.

Collins, while waiting for his student-visa application to be processed, spends most of his time walking around the city, playing video games, watching movies and having dinner with other Hong Kong protesters.

“We laugh at each other’s Mandarin and joke with each other, but the truth is, most of us are suffering greatly from emotional pain and trauma,” he said. “We feel hopeless and rely on alcohol to help.”

Leung and other activists in exile have set up a support group, hoping to break the “shame” of being an asylum seeker from Hong Kong.

“It is shocking to think that this world-class city, that this financial center is producing so many stateless people,” Leung said. “The burden and the blame really rest on this government, who drove a generation of people out of their hometown and forced them to seek refuge elsewhere.”

Jack, meanwhile, has not given up on his home. “This is just my way to protect myself, and wait for the right moment to fight back,” he said. “If we are patient, I believe that we will see the dawn.”

Ryan Ho Kilpatrick and Tiffany Liang contributed to this report.