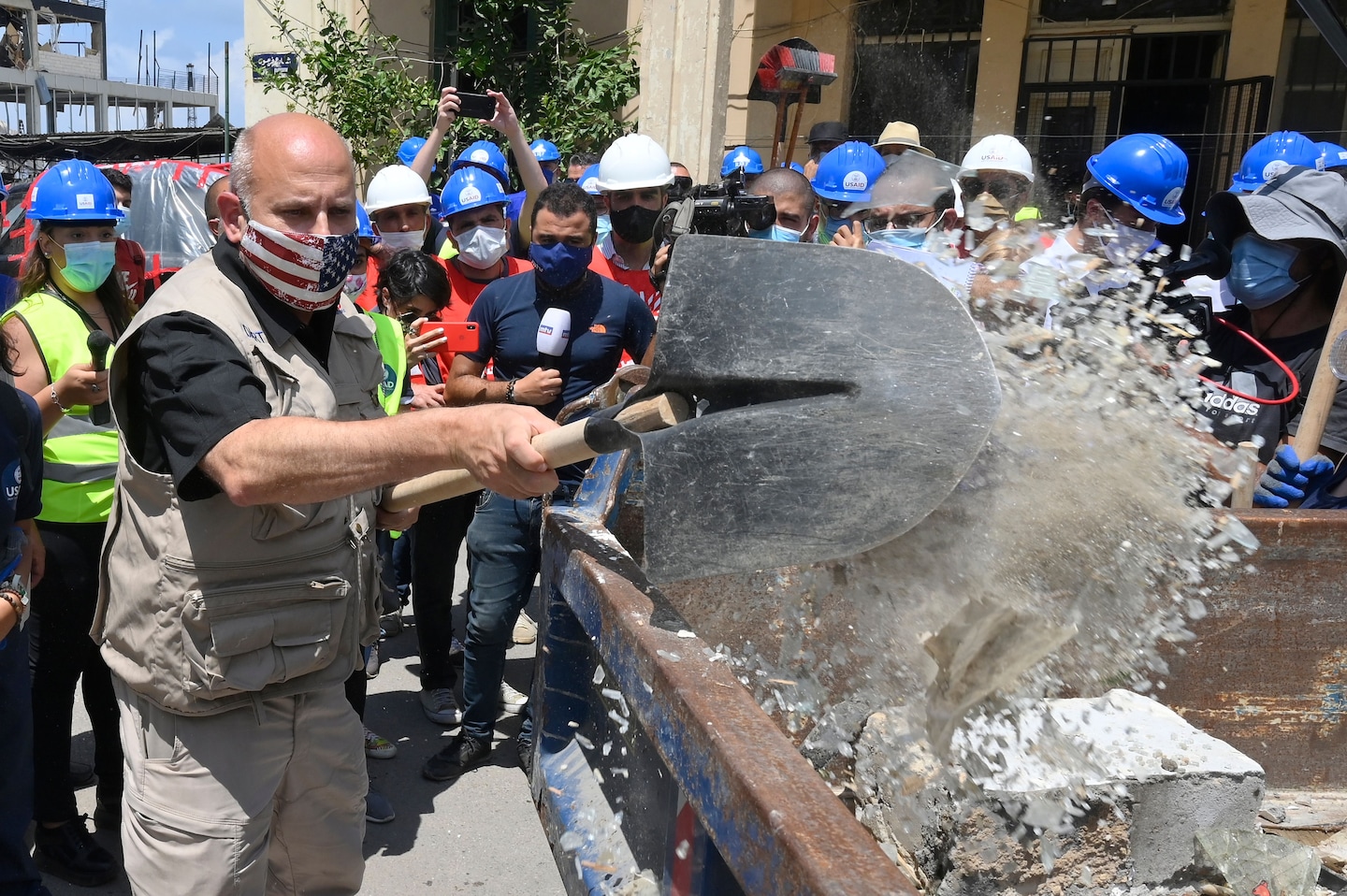 “In the wake of the damage to the grain silos and stocks at the port, [the World Food Program] will deliver 50,000 metric tons of wheat flour to Beirut to stabilize the national supply and ensure there is no food shortage in the country,” the report said.

It said that repairs to Beirut’s port facilities, which remain inoperable, were “essential to avoid interruptions and disruptions in food supply lines.”

The blasts, which officials said were caused by the ignition of 2,750 metric tons of ammonium nitrate stored at the port, killed at least 171 people and wounded more than 6,000, the health minister said. The shock waves devastated wide swaths of the capital, causing an estimated $15 billion in damage.

The assistance from the United Nations came as a senior U.S. aid official toured affected parts of Beirut on Tuesday. John Barsa, acting administrator of the U.S. Agency for International Development, briefly joined rescue workers who were shoveling mounds of glass into the back of a truck. It is rare for U.S. officials to make such high-profile visits to central Beirut.

“Certainly every disaster is a heart-wrenching crisis, but especially more so when it is not a natural disaster like a tornado or a hurricane or an earthquake,” Barsa said. “When you see devastation like this that was caused by acts that were not hands of God, that is even more heart-wrenching.”

His visit coincided with the delivery of relief supplies, including emergency medical kits, USAID said in a statement.