Lebanon’s crises are only getting worse 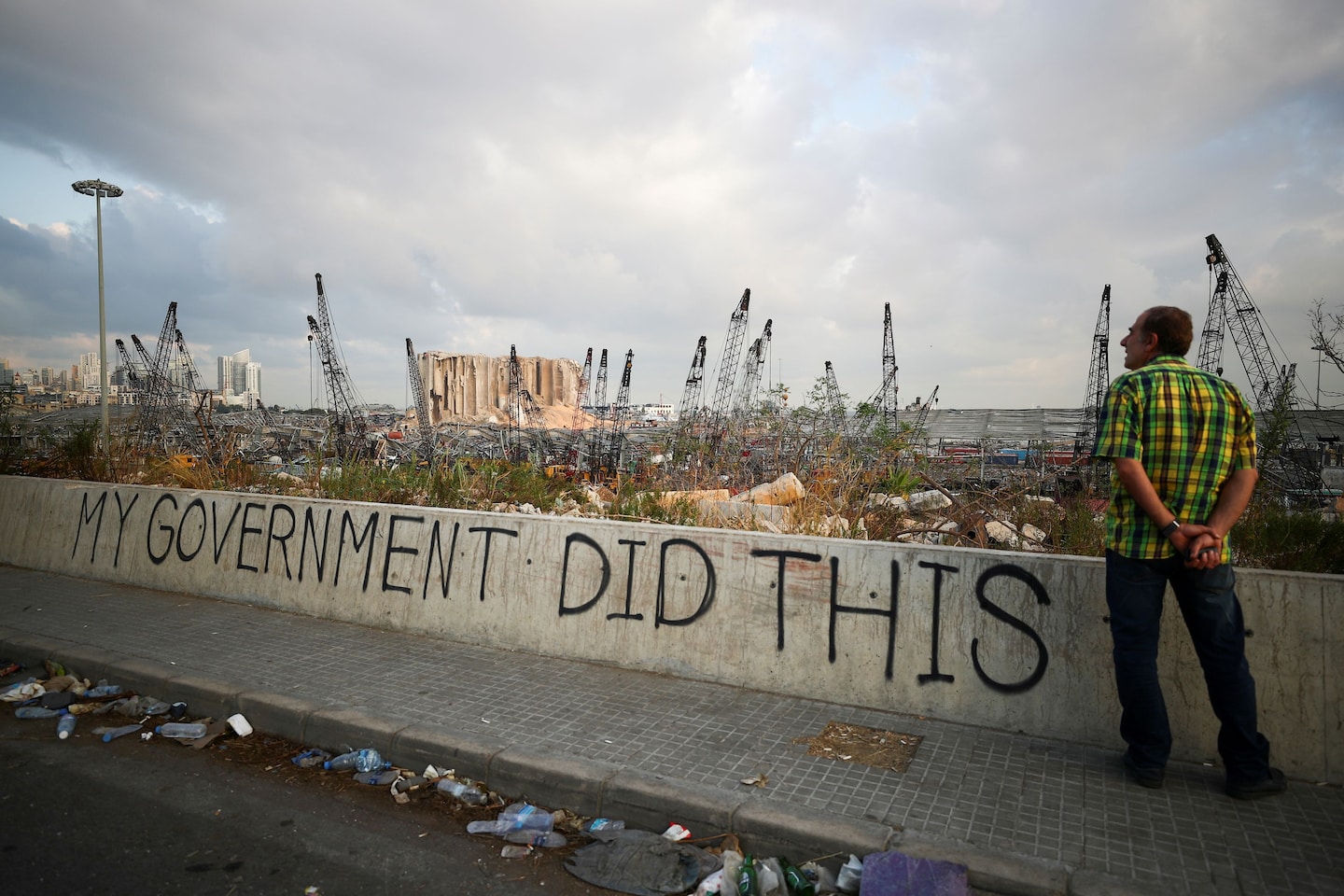 But the solidarity among ordinary Lebanese can’t paper over the broader collapse of the country. The blast was a ghastly punctuation mark to a nearly year-long rolling political and economic crisis that has seen two governments fall and perhaps as much as half the country’s population reduced to poverty. One economic forecast projects that the blast alone could wipe out 25 percent of the country’s GDP.

“Decades of corruption and mismanagement already had left Lebanon in the throes of economic calamity, with the value of the currency shattering and hundreds of thousands of Lebanese sinking below or close to the poverty line in a matter of weeks,” my colleagues reported. “The explosion caused widespread damage to Beirut’s port and destroyed the country’s main grain silo at a time when reserves are low and some food prices have tripled in the space of a year.”

The U.N.’s World Food Program announced Tuesday that it’s sending about 50,000 metric tons of wheat flour to Beirut to help stave off a looming hunger crisis. “As Lebanon imports nearly 85 percent of its food, the severe damage to the Port of Beirut — the largest in the country — would push food prices beyond the reach of many,” WFP warned last week.

Over the weekend, an emergency donor conference in France raised close to $300 million for Lebanon. The office of French President Emmanuel Macron said that these commitments of aid would not come with political conditions or immediate mandates for reform, but suggested that longer-term pledges and assistance will be.

That’s contingent on a political establishment in Lebanon that’s capable of implementing such reform — some thing most experts lament is not the case. On Monday, Prime Minister Hassan Diab announced his plan to resign, blaming endemic corruption and powerful figures in the shadows for the woes of the state. Diab himself came into his role in January after mass protests had brought down an earlier government. A caretaker administration will carry on, but it’s uncertain what could break a status quo where, for decades, political cliques representing the country’s diverse religious communities have essentially plundered the spoils of the nation for themselves. Few Lebanese have any faith in a putative “unity” government to navigate the country out of the crisis.

The current political limbo, though, is fraught with danger, as basic state services fail while outside actors withhold aid on the understandable grounds that they don’t want to reward a reviled and corrupt establishment. “Not only do we have an absence of government and a political vacuum, but we’re going to have a severe problem with the function of the state of Lebanon,” Imad Salamey, a political scientist at Lebanese American University in Beirut, said to the Wall Street Journal. “We are heading toward the unknown.”

“The political vacuum will prolong the misery and time to find solutions, assets are dissipating, people are leaving [the country], institutions are going bankrupt, state services are in really bad shape,” Ishac Diwan, a professor at the École Normale Supérieure in Paris, said during a Tuesday webinar hosted by the Carnegie Endowment for International Peace.

“If we continue like this, if that vacuum lasts a year or two,” Diwan added, “Lebanon becomes Somalized,” — a reference to political chaos that gripped Somalia following state collapse in the 1990s — “the population will find itself living off international aid and charity and remittances from cousins and friends abroad.”

Paul Salem, president of the Middle East Institute in Washington, invoked the same metaphor during the webinar. “There is an acute awareness among European countries and the United States that this blast might be the event that tips Lebanon into full collapse,” he said.

Maha Yahya, director of the Carnegie Middle East Center, pointed to the “talent” widely on view in Lebanese civil society and the apparent formation of new political parties taking place in the aftermath of the explosion. She highlighted two conflicting trends shadowing the country.

“You see this amazing sense of social solidarity from all walks of life, all parts of Lebanon,” Yahya said. But it’s “complemented by a total absence of state institutions. The municipality is barely visible. Even the rescue mission has been botched up by the government.”

My colleagues reported on the myriad ordinary Lebanese who are volunteering to help clean up the ruined capital, including painstaking efforts to enter and help fix countless apartments damaged by the explosion. “Every time I would come back to my apartment, which is obviously relatively destroyed, it would still end up being cleaner and cleaner,” a 32-year-old man said to my colleagues. “This has been the worst week of my life in a lot of ways.” But, he added, “I’ve never felt like I’m more part of a community though at the same time.”