After Beirut’s ruinous explosion, a family waits for a call that never comes 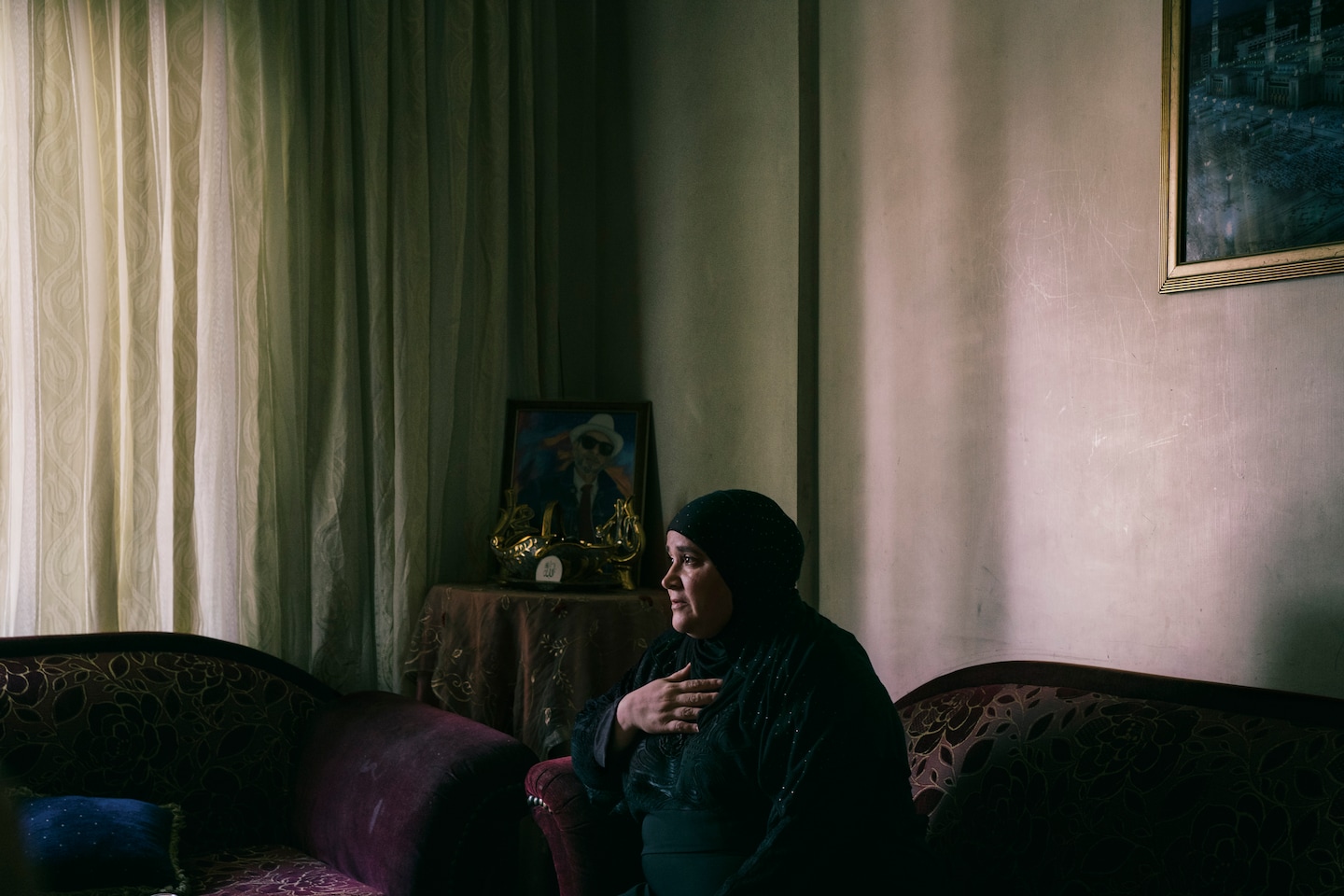 No word from their eldest son.

Ibrahim wasn’t even meant to be in Beirut. When Lebanon’s economic crisis began to bite, his mother had asked that he drop out of school to find a job. But she only meant that he should find one in Tripoli. Up until the day he packed his bags and left, she never imagined that he would leave for the capital.

More than a week after 2,750 metric tons of ammonium nitrate exploded, obliterating Beirut’s port and destroying swaths of the city, their phones are still silent and their home is a picture of grief.

“Why doesn’t he call us?” Ibrahim’s mother, Rania, keeps asking of her 19-year-old son. “He needs to call us. He needs to come home.”

Beirut’s death toll has passed 170, and more than 6,000 people are wounded. As Lebanese and foreign civil defense teams comb through Beirut’s rubble, no one here knows the true number of the missing. Ibrahim’s family has no idea if he is alive or dead.

International groups and Lebanese medical personnel say that there are probably dozens of people missing and that there are dozens of unidentified remains to identify still. The Lebanese Red Cross puts the number of missing people reported to the organization at 38. Lebanon’s government maintains no centralized list.

“There is no list of the missing so we can look for them,” said Marwan Abboud, Beirut’s governor. “Usually, in situations like this, you put together a list and then you search. We’re searching without a list. We don’t know when the search operations should end.”

Families of the missing — in Lebanon, in Syria and in farther-flung parts of the globe — refresh news feeds on their cellphones, share photos of their loved ones on social media and then just wait, as fear settles in their stomachs.

In Beirut’s badly damaged hospital wards, families of the wounded and missing flooded the corridors and nearby sidewalks on the night of the blast. At four major hospitals, doctors described conducting triage on the wounded as families and friends of those missing gathered around, displaying photographs of those unaccounted for.

“The woman I can’t forget was old, she was carrying a photograph,” said Joseph Khalil at Beirut’s Geitawi hospital. “She said that she’d visited three hospitals before this and she couldn’t find him. I can’t get her out of my mind.”

Across Beirut this week, medical groups have set up tents where relatives can provide DNA to help identify missing relatives. Ibrahim’s family would like to share DNA samples, but from Tripoli they don’t even know where to begin. They know only Tripoli and no one in Beirut but their son.

Rania has shared Ibrahim’s picture on social media with her phone number. The lone takers were journalists.

“No one has seen him, no one knows anything,” she said, her voice trembling as she broke into tears. “What do we do? He’s gone and we’re still here. Tell me. What do we do?”

As the oldest child of seven, Ibrahim was cheeky as a boy, Rania said while interviewed in her home Thursday. One day, he slammed the door behind her when she walked into the bathroom and then danced uproariously to music as she yelled at him while stuck inside. Years later, he would copy his father, Jamil, once a driver for the city’s teachers, sitting on a lounge chair and pretending to turn the steering wheel as he told his brothers and sisters to settle in for the ride.

As he grew older, life got more difficult. The country was in a slow-burn economic crisis even before the latest financial upheaval, which has seen the value of the Lebanese currency plummet and food prices triple.

Ibrahim dropped out of school to help the family earn money but moved repeatedly between jobs. Jamil wanted him to find something steady, and they had a fight. Ibrahim felt inadequate. In confidence, both told relatives they were eager to reconcile. But when they came together, they argued more and more.

One night in late December, Rania asked finally that he find a permanent job. “It never occurred to me that he would head to Beirut. It’s not what I told him . . . it’s not what I asked,” she said.

He left quietly from the cramped apartment in early January. He called the family occasionally, but as fights with his father intensified, Ibrahim stopped calling. The number they had for him went out of service. From time to time, Rania checked in with friends who knew him, but she knew he wanted to be alone, and she knew he knew how to get in touch.

Then came Beirut’s blast, and the silence.

In Tripoli on Thursday, the family felt lost. They could ill afford to put food on the table, let alone pay a driver who would take them the two hours to Beirut. If they even got there, Jamil said, they wouldn’t know what do to. “It’s a city. It’s huge,” he said. “We wouldn’t even know where to start.”

Amid the wreckage of Beirut’s port, international and Lebanese search teams aided by sniffer dogs continue looking for any remains of the missing. The work in the scorching heat is slow, as bulldozers shift aside mounds of dirt and debris kicked up by the force of the blast. There may also be remains beneath mountains of corn that spilled out of a demolished grain silo.

Each day, a few bodies are found. On Thursday, a firefighter’s body was found in the sea, still trapped in his car.

Those examining the human remains have become distraught. “Can I admit that we have cried as we did it?” said Hussein Chahrour, a medical examiner with Lebanon’s Justice Ministry. He said he had counted and bagged up more than 40 body parts in three days.

“We don’t even know how many people there are,” he said. “It might be the head and the leg of one person,” or it might be the remains of several.

Rania, in the meantime, waited on her balcony Thursday. Ibrahim didn’t come home. When she heard a car cruising past, with rap music blaring, she was sure it was him. It wasn’t.

Jamil was wracked with guilt. When Ibrahim last called earlier this summer, his sister said, the pair had fought again. “Now he blames himself,” she said. “We asked him why he didn’t ask him to just come home.” Jamil had no answer.

Broken, he hung his head.

Nader Durgham, Sarah Dadouch and Loveday Morris in Beirut and Suzan Haidamous in Washington contributed to this report.