Asked about QAnon, Trump declines to denounce the conspiracy theory 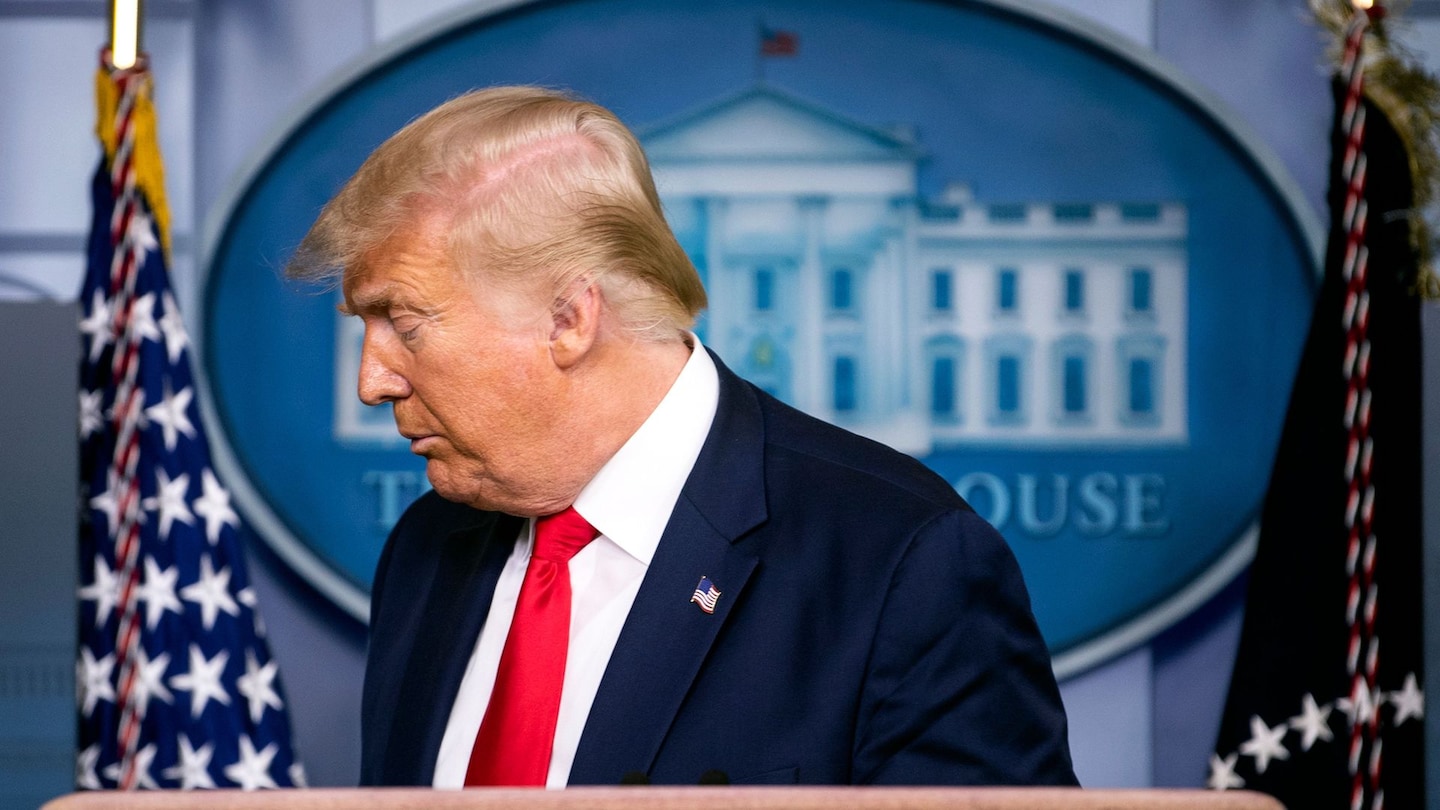 There was good reason to include QAnon. Two months prior, a man allegedly influenced by the conspiracy theory shot and killed a suspected Mafia boss on Staten Island. When he appeared in court for an extradition hearing, he held up the palm of his hand, on which he’d scrawled a Q — a reference to the anonymous figure whose cryptic messages purporting to reveal secret government information power the movement. In June 2018, a QAnon adherent had blocked access to the Hoover Dam, demanding the release of a secret report Q had suggested existed. The month before that, QAnon adherents had gone around the Tucson area looking for secret child sex trafficking camps they believed existed.

At first, QAnon was a somewhat esoteric outgrowth of a conspiratorial world that Trump leveraged for political support in the 2016 election. Over the summer of 2018, QAnon supporters began attracting media attention, popping up at Trump rallies and trying to work Q signs into the background of his speeches. Trump’s words and actions were scrutinized for signals, with supporters unsurprisingly picking alleged signals out of the noise of what the president did.

It’s now become big enough to be a legitimate political movement of its own, if one predicated on bizarre, obviously false allegations. QAnon groups on social media have millions of followers, powered in part by a recent surge in interest. Dozens of political candidates, most Republicans, have either casually or enthusiastically made reference to the movement — at times apparently to reach out to a fringe constituency; at times, apparently, from a sincere belief in what QAnon alleges. As of early July, more than 600,000 votes had been cast for candidates around the country who indicated some acceptance of QAnon.

Another 43,000 were cast this week when Marjorie Taylor Greene won a runoff contest in the Republican primary for Georgia’s 14th Congressional District. Greene falls into the latter category of candidates who flirt with QAnon, expressing, in the past, a full-throated embrace of the theory. She advocated for people to learn more about Q, suggesting in one tweet, since deleted, that people should “trust the plan” — a common phrase in Q circles referring to the broad, murky fight against the evildoers.

After Greene won that runoff, Trump offered his congratulations on Twitter, despite how the victory drew new attention to her views. Trump’s campaign obviously recognizes the utility of a large, highly engaged group of supporters but it has not explicitly embraced or endorsed QAnon. Or it hadn’t, anyway. When Rep. Adam Kinzinger (R-Ill.) called QAnon “a fabrication” that had “no place in Congress” on Tuesday, a communications staffer for Trump’s campaign attacked him.

“You congratulated Marjorie Taylor Greene in a tweet. You called her a future Republican star,” Colvin said. “Greene has been a proponent of the QAnon conspiracy theory. She said it’s something that should be — would be worth listening to. Do you agree with her on that?”

“Well, she did very well in the election,” Trump replied. “She won by a lot. She was very popular. She comes from a great state, and she had a tremendous victory. So absolutely I did congratulate her.”

This, in a nutshell, seems to summarize Trump’s view of the situation: she’s popular and can get votes, so who’s he to object to what she does?

After offering his non-answer, Trump tried to call on another reporter.

“Specifically on QAnon and her appearance to embrace that conspiracy theory,” Colvin pressed. “Do you agree with her on that?”

Trump ignored the follow-up, again calling on another reporter.

There are really three ways in which this could have gone.

Most presidents, it’s safe to assume, would have offered some cautionary words discrediting the theory, particularly if the theory suggested that the president himself was involved in its machinations, as QAnon suggests about Trump.

He could also have offered a bold endorsement of the movement, which was the least likely option. Instead, Trump took the middle road of ignoring the question. He does this sometimes, as he did on Thursday when he was asked about his habit of making untrue claims or lying to the public.

In this case, though, his silence is unlikely to be read as an indicator of indifference or abstention. By not specifically denying or rejecting the theory, he gave it oxygen, intentionally or not. QAnon adherents who parse punctuation in his tweets, the background of images he posts on Twitter or track where he points during speeches for signals that he is part of “the plan” are not going to understand Trump’s silence as a mark of restraint. They are, instead, going to apply the same pareidoliac sensibility that guides the rest of their absorption of Q material and see in his silence a wink.

Trump has a habit of refusing to reject conspiracy theories or obviously false assertions if they’re politically useful; see his embrace of nonsensical allegations about Sen. Kamala D. Harris (D-Calif.) on Thursday or his long-standing claims about Barack Obama’s birthplace. He’s also generally loathe to criticize supporters, not matter how toxic. His rejections of white nationalists who support his administration, for example, are often constrained or belated.

QAnon is an unusual mix of both: toxic, false and risky. But it’s also swelling in an election year and predicated almost entirely on seeing Trump as a hero, a necessary foil against evil. It’s popularity derives from the extent to which it fits the moment for Trump supporters, making it that much less likely that Trump will go out of his way to denounce it.

If history is a guide, we’ll see a prepared statement from the White House, perhaps bearing Trump’s signature, rejecting QAnon in some fashion. But adherents — and, really, most people — would understand that such a statement doesn’t really capture Trump’s views as sincerely as his silence from the lectern on Friday.

QAnon is based on falsehoods but loves Trump and works to attack his opponents. What’s Trump going to object to there?