Trump visits younger brother, Robert Trump, in hospital, says he is ‘having a hard time’ 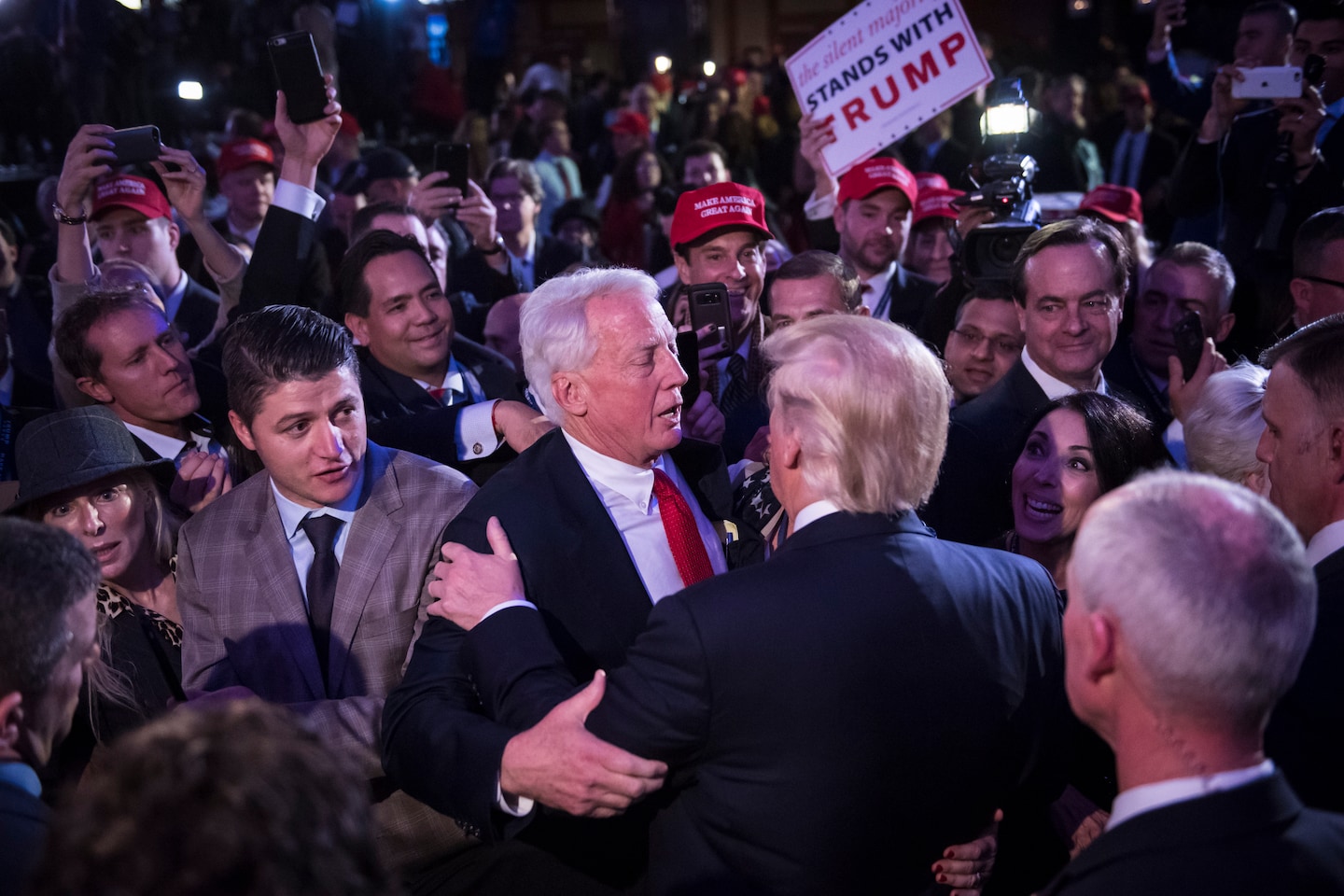 “I have a wonderful brother. We’ve had a great relationship for a long time. From Day One. Long time. And he’s in the hospital right now,” Trump said. “Hopefully, he’ll be all right, but he’s having a hard time.”

The bedside visit was a side trip en route to a scheduled weekend at Trump’s private golf resort in Bedminster, N.J.

Speaking to reporters at the airport, Trump sounded somber.

Trump spent about 45 minutes inside New York Presbyterian Hospital before a helicopter ride to New Jersey.

He did not speak with reporters on the way out. Before going in, however, Trump tweeted mention of his brother alongside a political message about his home state.

He had told the New York Post this week that his campaign was “putting New York in play” against Democrat Joe Biden in the upcoming election.

The president frequently complains about what he calls mismanagement of New York City under a Democratic mayor and governor. New York state has voted for the Democratic nominee in every presidential election since Ronald Reagan was elected and reelected in 1980 and 1984.

Robert Trump, 71, unsuccessfully sought to block publication in the summer of his niece Mary L. Trump’s best-selling tell-all book, “Too Much and Never Enough,” about their family.

Mary is the daughter of the oldest Trump sibling, Fred Trump Jr., who died in 1981 at 42 after battling alcohol addiction.

Robert Trump, like the president’s other siblings, has mostly kept to himself during his brother’s presidency, but said during the last campaign that he supported his brother “one thousand percent.”

When Mary Trump’s plan to write a book became public earlier in the year, President Trump told Axios that his niece was “not allowed” to write the book, and his lawyer Charles Harder filed briefs on behalf of Robert Trump to block it. Robert Trump said in court papers that Mary Trump was prohibited from publishing such a memoir because she signed a confidentiality agreement in a 2001 inheritance case.

Mary Trump described a family riven by traumas, exacerbated by a daunting patriarch who “destroyed” Donald Trump by short-circuiting his “ability to develop and experience the entire spectrum of human emotion.” The White House has said the book is full of falsehoods.

After the president’s father, Fred Trump Sr., died in 1999, there was an inheritance fight over what Fred Jr.’s family should receive.

During this time, Donald Trump relied especially on Robert Trump, who served as a spokesman for the siblings in court documents. In fighting the effort by Fred Trump III to gain support for his son with cerebral palsy, Robert Trump wrote that the family had provided financial support “out of the goodness of our hearts” and had given Fred Trump III $200,000 annually, even though they didn’t have to lift “a finger” for the money.

The case was eventually settled, and the terms remain private.

Mary Trump addressed the men’s relationship during a discussion Friday with the actor and activist Jane Fonda, sponsored by Greenpeace.

“I can’t speak to what their relationship is like now, but when I was still in the family, they hated each other. I’m glad Donald is visiting him in the hospital, I wish he had visited my dad in the hospital,” she said.

“But, you know, that’s good. I don’t think, it doesn’t change anything about who Donald is, unfortunately. But I know Rob has been sick a couple of times in the last three months or so, so, you know. I hope, I hope he’s doing okay.”

While Robert Trump has often sided with Donald Trump in family disputes that have become public, he has had his own clashes with his brother, according to John O’Donnell, a former Atlantic City casino executive who worked with both men. In his memoir, “Trumped!”, O’Donnell wrote that Donald Trump hired Robert Trump to help run his casinos, which were then floundering.

When Donald Trump complained during a meeting with his casino executives that “we’re going to lose a fortune,” Robert Trump responded: “Donald, you know there’s just no way to predict these things,” according to O’Donnell.

Donald Trump was furious with his brother, saying: “I’m sure as hell not going to listen to you in this situation. I listened to you and you got me into this,” according to O’Donnell. Robert Trump replied: “I’m getting out of here. I don’t need this,” O’Donnell wrote.

Donald Trump, in an interview for The Washington Post’s biography “Trump Revealed,” said his brother “never quit” and did a “really good job.”

O’Donnell said in a recent interview that Donald Trump promotes the “image of a strong loyal family,” including his parents, children and siblings. Although O’Donnell said Robert gets along with Donald, he said he thinks the browbeating at the Taj Mahal casino left their relationship “changed forever.”