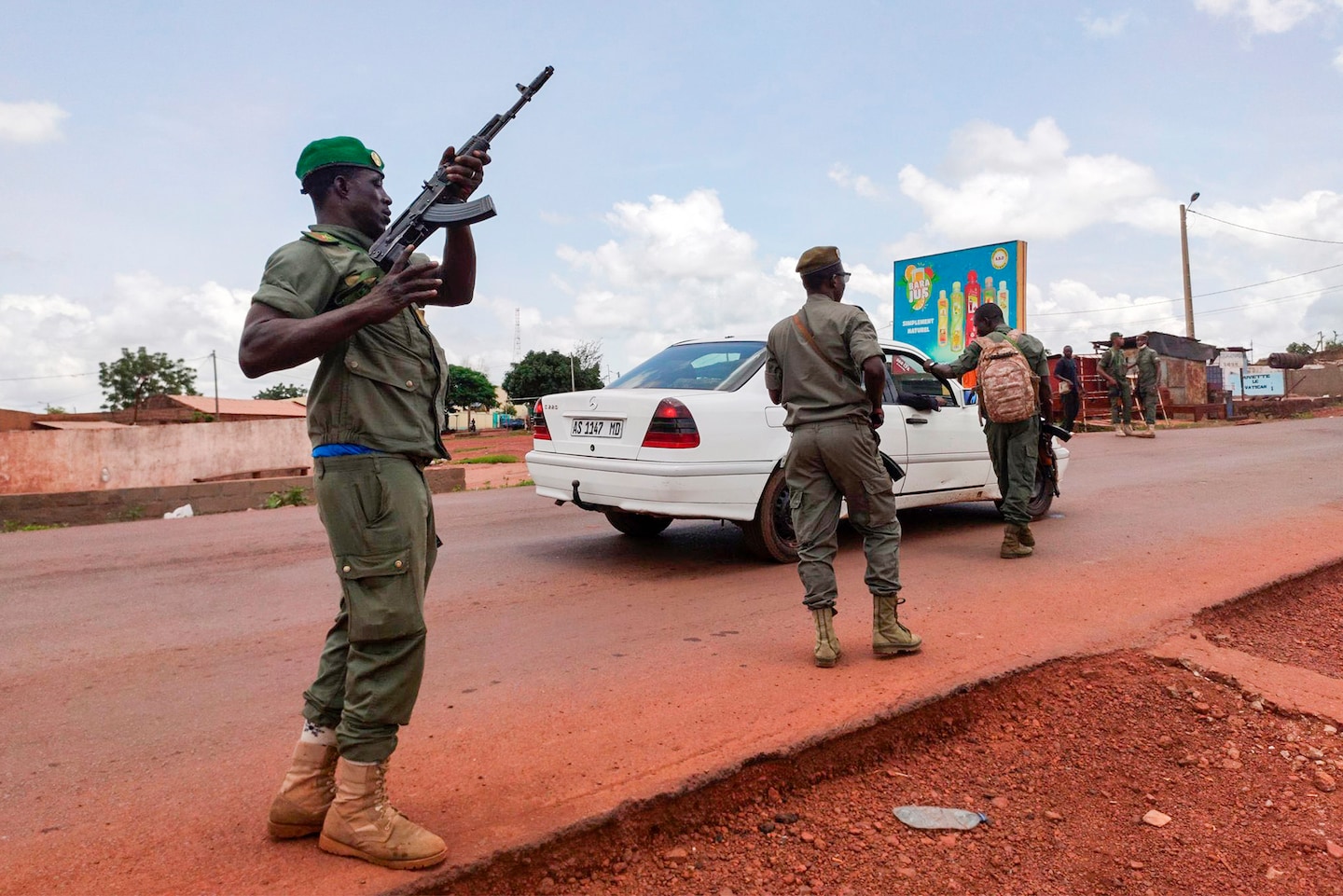 The 15-nation bloc known as ECOWAS said it “vigorously condemns” the uprising, which started with gunshots at an army base and tactical vehicles rolling into the capital, Bamako.

ECOWAS “calls on the military to return to their positions without delay,” the regional bloc said in a statement.

The confusion in Bamako — including reports of blocked roads and officials under military arrest — comes as protesters seek to oust President Ibrahim Boubacar Keïta.

Tens of thousands of Malians have flooded the capital of the West African nation in recent months, accusing Keïta of botching the response to a fast-spreading Islamist insurgency while allowing the nation’s economy to crumble.

The coronavirus pandemic further fanned frustrations after state lockdowns pushed many people out of school and work.

Mali’s prime minister, Boubou Cissé, acknowledged the “legitimate causes” of his countrymen’s anger Tuesday in a statement, but called on the soldiers put down their arms and talk.

“There is no problem that cannot be solved with dialogue,” he wrote.

The Norwegian and French embassies warned their citizens in Mali to stay home on Tuesday.

“The embassy has been notified of a mutiny in the Armed Forces and troops are on their way to Bamako,” the Norwegian Embassy wrote in an alert.

A French military official, who spoke on the condition of anonymity because he was not authorized to discuss the matter, described the scene as a “likely coup” attempt.

Malian soldiers detained the president of the National Assembly and the finance minister, according to local journalists. Troops also closed public squares and erected barricades on roads. Photos circulating on WhatsApp showed the justice minister’s house on fire.

“There is a mutiny, but we do not know what it means yet,” said Mohamed Salaha, a news editor in Bamako. “Everyone is being told to stay inside. Everything is closed.”

In the crowd was Ibrahim Dembele, a 31-year-old pot maker, who covered his face with a black scarf to protect against the coronavirus.

“We heard soldiers are rising up against the president,” he said, “and we will stay here until he resigns.”

The chaos bears resemblance to Mali’s last military rebellion, in 2012, which also started with reports of unrest at the Kati army camp north of Bamako.

Soldiers stormed the presidential palace in the capital that March, then declared they had brought down the government of Amadou Toumani Touré.

International outrage followed. The African Union suspended Mali until “constitutional order” returned. Keïta, who was elected in 2013 and again in 2018, vowed to rebuild peace.

Yet tensions have mounted as the nation grapples with fighters loyal to al-Qaeda and the Islamic State. The militants emerged eight years ago in the country’s north and have since spilled over the border into Burkina Faso and Niger.

Hundreds of West African soldiers have died trying to vanquish the scourge, which has killed thousands of civilians and rendered much of Mali’s countryside uninhabitable.

Protesters — led by an influential conservative imam, Mahmoud Dicko — invoked the bloodshed as they filled the streets of normally peaceful Bamako this summer, condemning what they call a weak security strategy beset by corruption.

They have also taken issue with the army’s heavy-handed responses in rural communities, which, they say, have led to the deaths of innocent villagers. The president’s office has said that such incidents are under investigation.

Dicko’s June 5 Movement will not stop protesting until Keïta resigns, demonstrators have said.

Other West African leaders have traveled to Bamako to hold peace talks with both parties, including the presidents of Senegal, Ghana, Niger and Nigeria.

The heads of state said they aimed to restore stability. A leadership vacuum in Mali, analysts say, could cause the nations’s extremism problem to spill over into coastal nations as yet untouched by violent insurgencies.

Mamadou Tapily in Bamako contributed to this report.