She loves Sanders. She watched the convention to see if Biden can win her over. 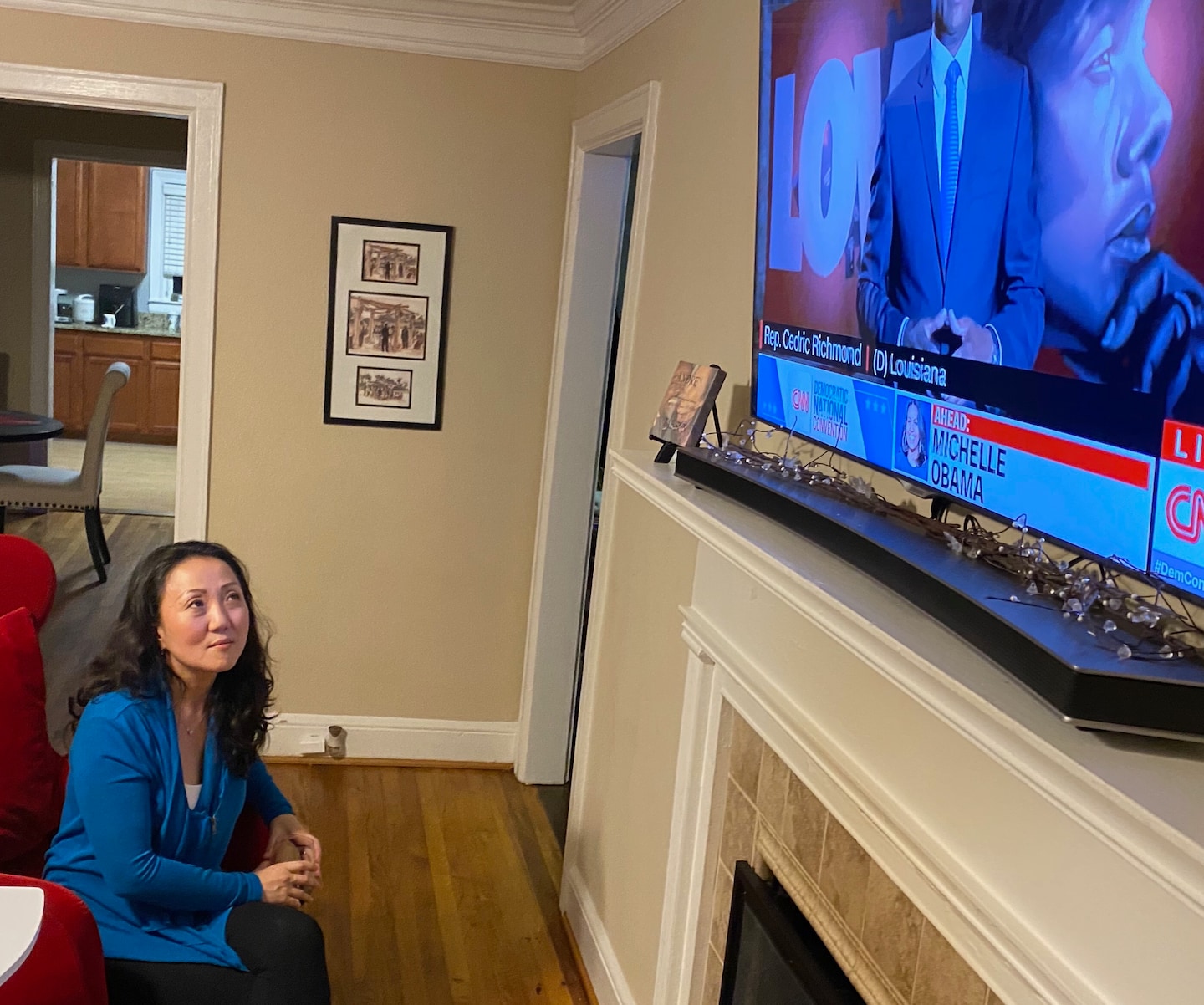 “John Kasich? You’ve got to be joking,” she said. “I’ve been sick to my stomach, seeing how scheduling has turned out.”

Like many supporters of Sen. Bernie Sanders (I-Vt.), Kim had been disappointed when Joe Biden essentially clinched the nomination. She was unexcited by his political ideas, unsure of his mental acuity and resentful of his political record, particularly his authorship of a 1994 crime law that she believes contributed to mass incarceration. Her concerns weren’t assuaged when Biden chose Sen. Kamala D. Harris (D-Calif.) as his running mate. Harris’s prosecutorial record gave her qualms.

She wants Democrats to move left, to address big problems with big, new ideas. She wanted the party to harness the enthusiasm of young, working-class, Black and Brown voters who have helped Ocasio-Cortez and other liberals prevail over establishment Democrats since 2018.

Instead, Democrats were giving Kasich more airtime than Ocasio-Cortez. It didn’t bode well. “When I read the news about [Ocasio-Cortez’s] speaking time,” she said, “I was so frustrated I started looking up the Green Party candidate.”

And so, on Monday night, unenthusiastic but engaged, Kim settled in front of her television with a glass of red wine, watching as Democrats attempted to sell voters across the ideological spectrum on a Biden-Harris ticket.

Kim, a South Korean immigrant, grew up in Portland, Ore., where her parents ran a dry-cleaning business. She attributes her liberal views to her upbringing. “When my family immigrated to Portland there was so many social services we benefited from,” she said. As Koreans, they never embraced America’s ethos of rugged individualism. “We believe focusing on self is selfish and naive.”

With a PhD in anthropology from Michigan State University, Kim, 45, has spent much of her career working with college students of color, many from low-income households. She now leads diversity initiatives for the University of California system, dividing her time between an apartment in Oakland and a Charlotte home she shares with her husband.

She is given to political cynicism. But her harsh pronouncements are often leavened with wit.

She found little to love during the first hour of Monday’s programming. When a speaker promised that Biden would “put the country back together,” she countered that the nation has never really been together. When Kasich delivered prerecorded remarks, she recalled the former governor’s support for strict abortion laws: “He loves women’s uteruses, big time.” Her warmest words were for Eva Longoria, a former “Desperate Housewives” actress who served as the virtual convention’s moderator: “I like her. She was definitely my favorite Desperate Housewife.”

Kim had looked forward to hearing what Sanders, her former candidate, would say, though she had worried he would come across as shell of his democratic socialist self, repackaged for centrists. “Neutered,” she said. “Castrated.”

But the Vermont senator’s speech for Biden left her pleasantly surprised. “He did say they disagreed on health care,” she said. “It wasn’t as pathetic as I thought.”

She wants Democrats to embrace more of Sanders’s policy positions, including free public college and especially Medicare-for-all. “I do believe it’s a basic right. We’re a first-world nation. It’s sad my homeland has better health care.”

Former first lady Michelle Obama, the evening’s final speaker, focused little on those policies. Instead, she denounced President Trump as “the wrong president for our country” and pleaded with America “to be willing to stand in line all night if we have to” to vote for Biden. Obama’s eloquence left Kim a little teary. “She makes you feel good,” Kim said. “She gives you hope. I wish she was running for president.”

It was after 11 p.m. when Kim turned off the TV. Half of her wine remained in her glass. “I thought I’d have to chug it,” she joked, “but Bernie did okay. He didn’t degrade himself.”

Kim had voted unenthusiastically for Hillary Clinton in 2016. She hasn’t committed to vote for Biden. She wants to hear more.

With three convention nights to go, she plans to keep watching. She’s looking forward to former presidential contender Andrew Yang, whose big ideas she admires. She hopes Ocasio-Cortez can land a few liberal plugs during her 60 seconds of airtime. Most of all, she said, she wants to hear from Biden. “I’m really waiting for Joe to speak cogently about what his platform is about.”