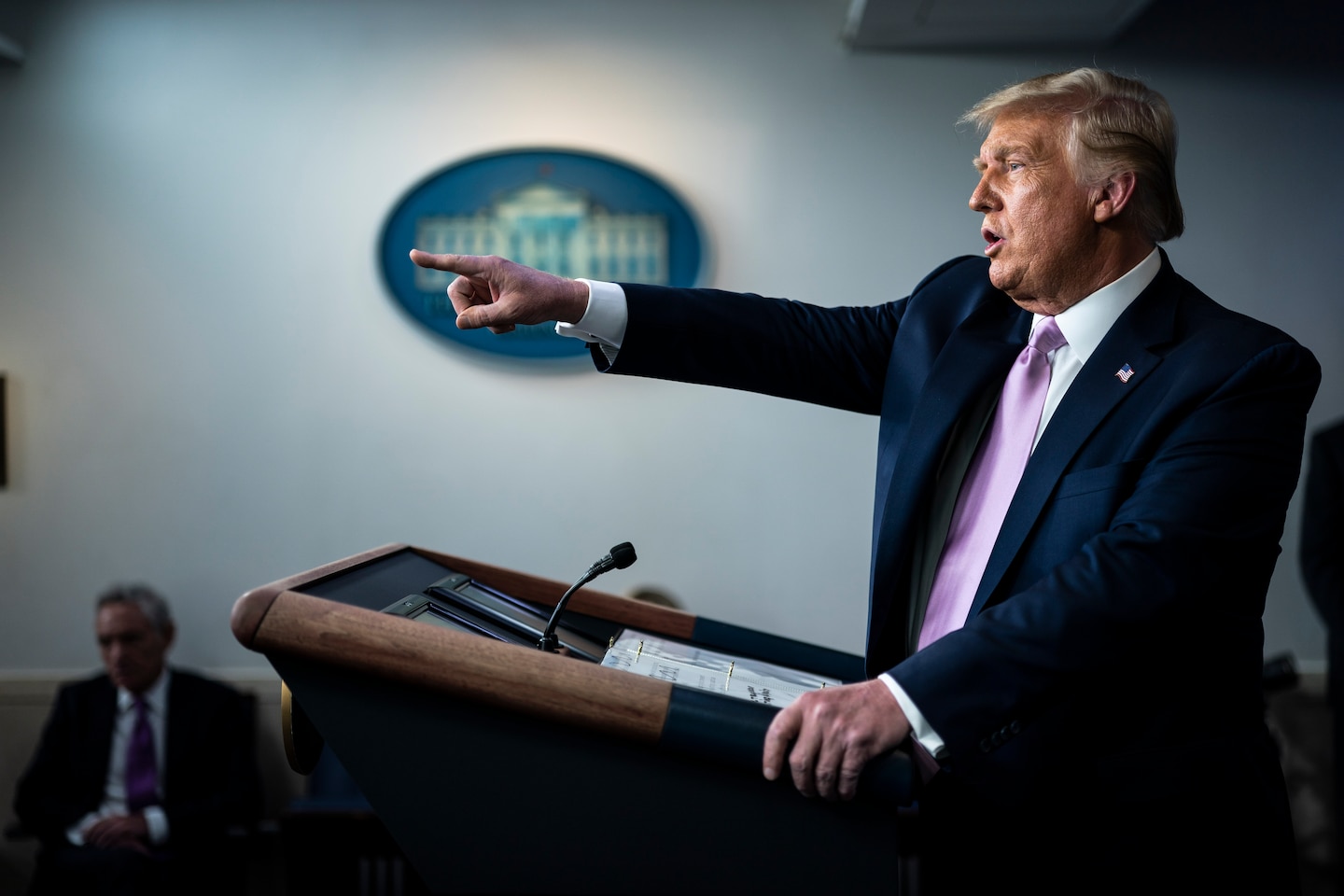 CHARLOTTE — Trump made a last-minute appearance at the Republican National Convention’s roll call, delivering a rambling speech to delegates after he passed the nomination threshold.

Greeted by cheers of “four more years,” Trump joked that he might deserve two more terms in office because of the investigations into his 2016 campaign.

“If you want to really drive them crazy, you say 12 more years,” Trump said, instantly prompting some chants of “12 more years.”

Trump’s stop by the convention was not advertised, but not quite a surprise. Secret Service had prepared the room for guests who would require extra security, and Vice President Pence, who appeared midway through the roll call, told the crowd that a “friend” would show up soon. Trump is scheduled to give his formal acceptance speech Thursday from the White House.

Delegates who had largely stayed at their tables when Pence spoke crowded toward the front of the room to hear the president, who talked briefly about the administration’s response to covid-19 before talking about TV coverage of the convention, the restrictions that prevented an in-person event in the state, energy pipelines, international trade deals, judicial appointments, and his false refrain that the election would be “rigged” by the expansion of mail voting.

“They’re trying to steal the election from Republicans,” Trump said, without evidence. “Just like they did it last time, with spying.”

The unscripted remarks were sometimes contradictory. He criticized Democratic nominee Joe Biden for telling ABC News that he would “shut down” the country if medical experts said it was necessary to combat the pandemic, but also claimed that North Carolina Gov. Roy Cooper (D) would end the state’s restrictions as soon as the election was over.

“You have a governor who’s in a total shutdown mood,” Trump said. “On November 4, I guarantee you it’ll all open up.”

Trump spoke for more than 50 minutes, and some delegates moved back to their seats as he circled around familiar themes.

“They want no guns. They want no oil and gas. And they want no God,” Trump said of Democrats, while criticizing news channels that were not breaking in to cover the daytime portion of the convention. “CNN didn’t have our roll call. I call it MSDNC. It’s true, it’s a branch of the Democrats, right?”

While the Trump campaign released 50 priorities for a second term last night, the president referred to only a few of them. He pledged to “create 10 million jobs in the first 10 months,” and he said that an executive order that would drive down prescription drug prices by using trade powers would go into effect soon.

The president left the stage to the Village People’s “YMCA,” and the roll call continued with the state of Tennessee.