All the glaring contradictions in Mike Pence’s speech 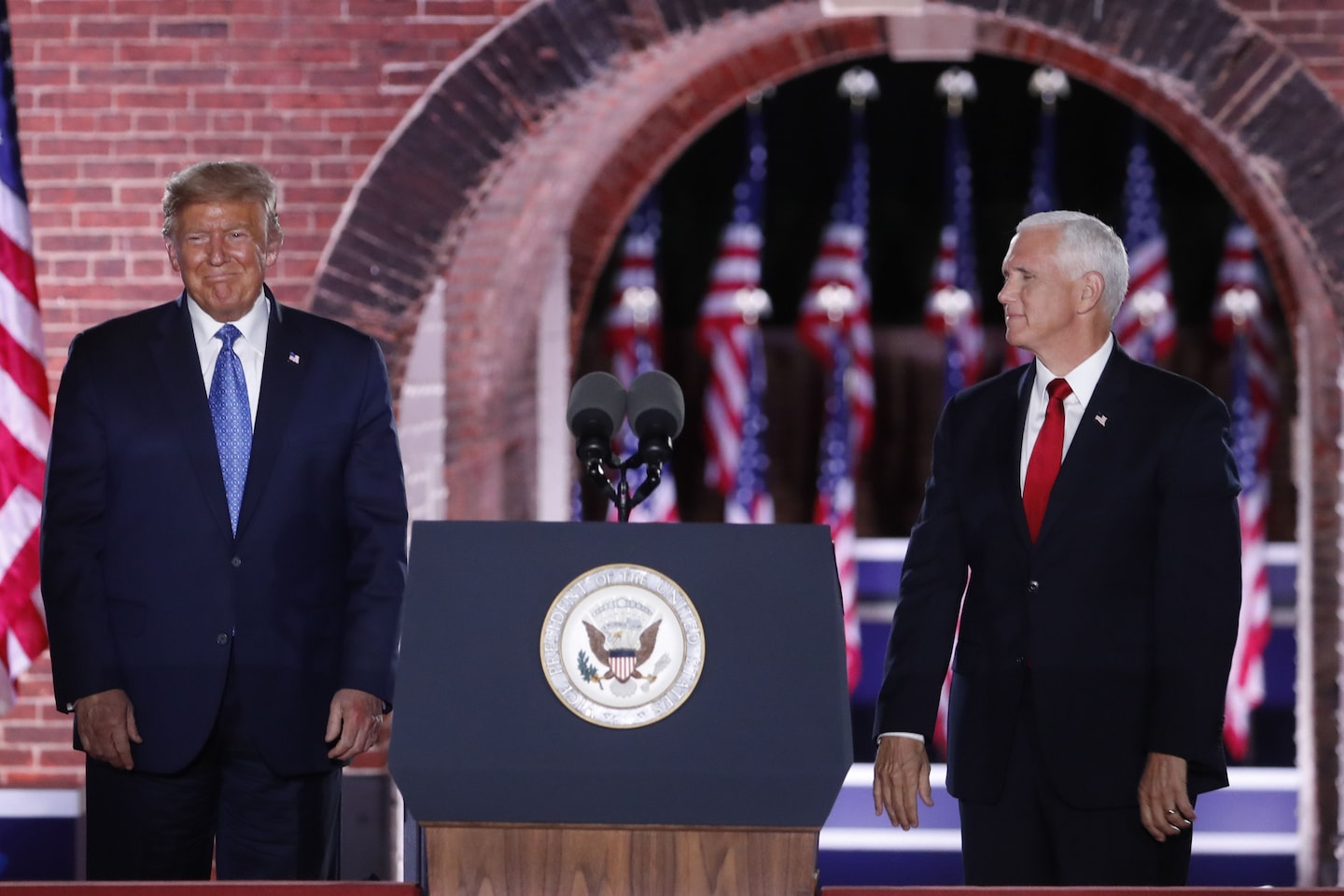 Pence offers a subjective view of Trump, one that his No. 2 is expected to deliver. But what struck me here was: “He sees America for what it is,” which is perilously close to one of the most infamous lines the president has uttered during this pandemic: “It is what it is.” Trump said that in an HBO Axios interview in August when asked about 1,000 Americans dying every day. During the Democrats’ convention, Michelle Obama, Bill Clinton and Senate Minority Leader Charles E. Schumer (D-N.Y.) all used the line to attack Trump — and help make it instantly recognizable and potentially unusable for any politician who wants to defend Trump’s handling of the coronavirus.

“President Donald Trump has kept his word to the American people.”

A wall on the U.S.-Mexico border, paid for by Mexico — the president’s most prominent campaign promise from 2016 — has not been built and certainly not paid for by Mexico. When Trump couldn’t get Mexico or the Republican-controlled Congress to give him money for it, he diverted money from military funds to reinforce dozens of miles of mostly replacement fencing along the border. A separate, private fund to help build the wall ended in criminal charges for the president’s former chief strategist, Stephen K. Bannon, days before this convention.

“Not much gets past him.”

Did Russia offer bounties on U.S. troops in Afghanistan, and was Trump briefed on it? And then was he silent about it? That’s still a very real, outstanding question about the president ever since news of these alleged bounties broke this summer. The White House has muddied whether the intelligence alleging this was presented to Trump, but Secretary of State Mike Pompeo has publicly said he warned Russians to knock it off, which would suggest that Trump was warned about this, too — or that his advisers kept it away from him.

This is simply a rewriting of history, or cherry-picking at best. Trump has rankled even Republicans as he praises dictators and trashes traditional Western alliances, most recently stopping U.S. funding for the World Health Organization in the middle of a pandemic.

“The hard truth is you won’t be safe in Joe Biden’s America.”

Pence was trying to frame this around Black Lives Matter protesters. But he misses the No. 1 issue dominating Americans’ lives and driving their fears for their safety: the coronavirus.

Under Trump’s leadership, six months into this pandemic it is arguably not safe to go to church or a bar, or to send your children to school.

Health experts have blamed in part the Trump administration’s slow response to the virus earlier this year, as it spread largely undetected in the United States, and the president’s push to undermine scientists and their advice to keep Americans safe.

Another contradiction here is that Pence chairs the White House coronavirus task force and is presumably charged with finding ways to end this pandemic. Rather than talk about how to go forward (other than saying a vaccine could be coming by the end of the year), he looked back by repeating familiar (disputed) talking points about how the president stopped travel from China and got masks and ventilators to hospitals at the start of this pandemic.

Biden is “a career politician.”

Pence was first elected to the House of Representatives in 2000 and has served in government ever since.

“Dave Patrick Underwood, an officer in the Department of Homeland Security’s Federal Protective Service who was shot and killed during the riots in Oakland, California.”

Underwood was killed while defending a federal courthouse in Oakland in May. He was serving as part of the president’s campaign to send federal officers to try to crack down on protests springing from the Black Lives Matter movement. But Underwood wasn’t killed by those protesters. Police have charged a man with ties to right-wing extremism, who they said traveled to Oakland with the express purpose of killing police and using the protests as cover to get away.