Cruise enthusiasts stage their own faux voyages at home 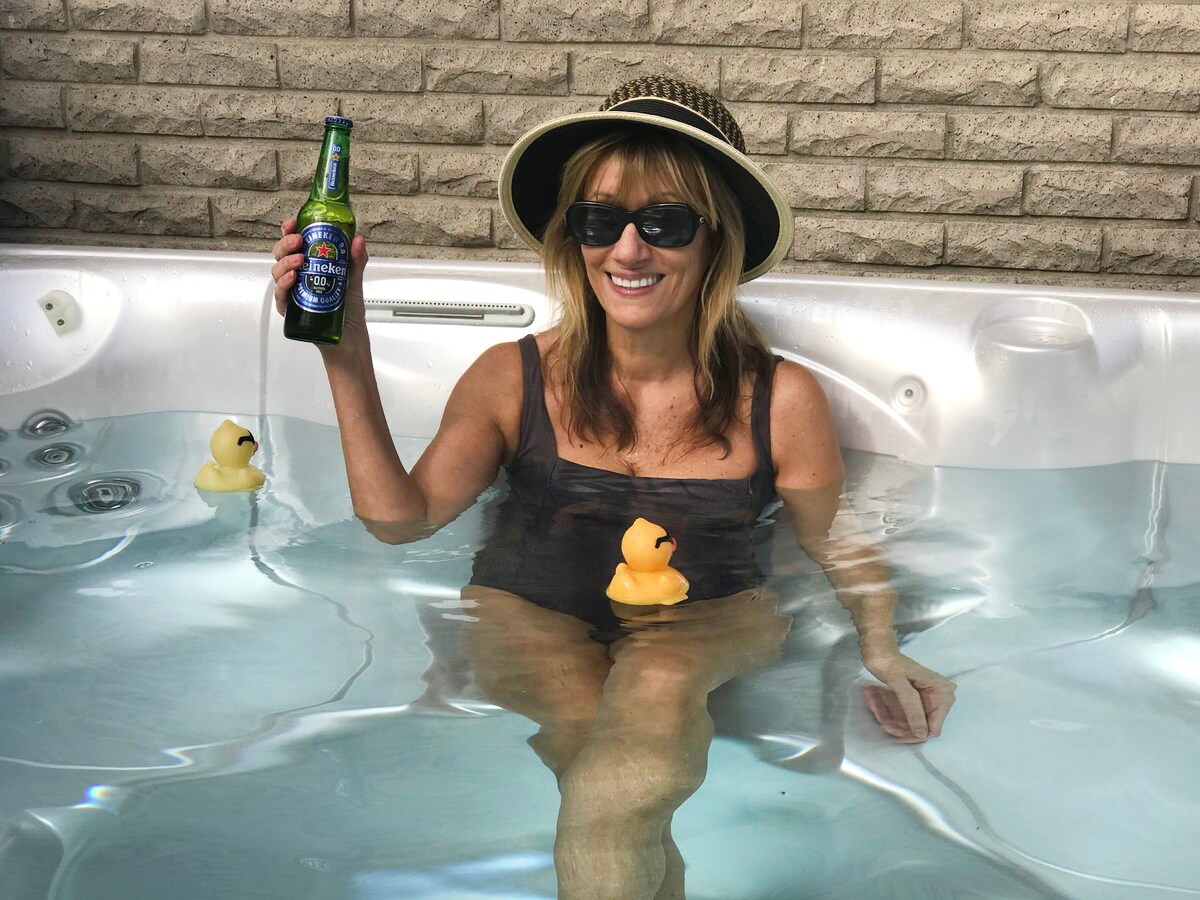 “All of us were collectively missing cruising,” recalls Jen Sternfeld, who has been on 29 real-life cruises. (No. 30, a voyage to Spain and Portugal, was postponed to 2021.) Inspired by friends posting nostalgic throwback photos of previous cruises, “I just said we could do a virtual cruise by taking pictures at home.”

As travel plans remain on pause for most Americans amid measures to stem the spread of the coronavirus, cruises seem particularly fraught. In July, the Centers for Disease Control and Prevention extended a “No Sail Order” for cruise ships through at least the month of September. Some cruise lines, such as Cunard, have opted to pause cruises until at least November.

So what’s an avid cruiser to do? Create fantasy cruises from the safety of home.

While some would-be cruisers have specific destinations in mind, many are just seeking the escapism of the cruising experience.

The robust “Virtual of the Seas” itineraries posted by Royal Caribbean, which started in March as the lockdown began, helped inspire Jen Sternfeld, a private chef, to flex her cooking skills at home. While others whipped up Dalgona coffee or baked sourdough loaves, she began to prepare and photograph multicourse “chef’s table” meals and colorful tropical drinks, the latter often presented in souvenir glasses collected on previous cruises.

Every week or two, the “cruise” and its destination changed. Italian dishes served on the “Costa” line, for example, motivated Sternfeld to use the different types of pasta she’d stocked up on for quarantine. Her attention to detail soon expanded to include drawing up a detailed “cruise map” of their home and a daily itinerary, all posted on Facebook.

“My husband was working from home, we had no time constraints,” she notes. “I’d change clothes and take a picture of myself against some wall in the house. There’s a cruise tradition of taking photos against the grand staircase in the atrium. . . . I put on a gown and took a stairway picture.”

More and more friends began to follow along and comment on a daily basis. “We were more connected that way,” Sternfeld says.

Of course, that connection had its drawbacks. Since many of her husband’s colleagues were among those following along on Facebook, “We had to be careful the bar didn’t ‘open’ until my husband was officially off from work for the day,” she says and chuckles.

For Kirti Dwivedi, a Phoenix-based marketing consultant, a virtual cruise was a honeymoon to follow her virtual wedding, which took place in April via Zoom. In lieu of a planned trip to Hawaii and weary of sheltering in place during a lengthy Arizona heat wave, the couple road-tripped to a rental house in Anaheim, Calif. Their stay included a fancy “Captain’s Table” dinner of truffled potatoes and steak. They broke out the formalwear and toasted with champagne.

“It was like a three-hour reprieve from everything crushing around us,” Dwivedi says. “Even a small escape — the energy that goes into making it special or different is what we need right now.”

And that escape had to take the form of a cruise, she insists. It represented the wedding proposal, which took place on a sunset “booze cruise” in Hawaii, as well as the scuttled honeymoon plans. “The ocean is really special for us. There’s something renewing about it,” she says.

A sense of humor also goes a long way on virtual cruisers. After her planned solo cruise to the Caribbean in March was canceled, Larysa Bolde, an X-ray technician and chiropractic assistant in Sterling Heights, Mich., was — like many — inspired by a viral video posted on Twitter of a septuagenarian Australian couple staging their own faux voyage, wearing white bathrobes, clinking wine glasses and propping up their bare feet in front of a flat-screen TV showing a video of a rolling seascape.

“I said, let’s see if we can take this one step further,” she recalls. “Instead of just one picture, build a whole story.” She channeled her disappointment into a running thread on Cruise Critic, a cruise reviews site. While this is just one of many threads on the site dedicated to fantasy cruises, ranging from long, melancholy missives to sci-fi (one posted under the pseudonym twangster involves a Star Trek-style transporter to zip between continents), this one is lighthearted, a brief journey amid mangled towel animals and lounging pets in sunglasses.

“It was just pure enjoyment for me, the entertainment factor,” Bolde says. And during the worst homebound days of the pandemic, unable to work, unable to travel, she found that the camaraderie from other people was a comfort.

“The virtual cruise helped me,” she says. “It was just the feedback, they were telling me how clever I was. I enjoyed it. Some days you’re just feeling down . . . [but it made me realize], life isn’t so bad right now.”

While cruise No. 1 is a wrap, Bolde is planning cruise No. 2, which is to take place during a lakeside visit.

“Eventually, the real cruises will come back,” she says. “In the meantime, we’ll live vicariously through our imagination.”

However, even the sharpest imaginations can bump up against limits.

After seven “sailings” taken over the course of nine weeks, “I ran out of steam in terms of the activities,” Sternfeld laments. The names of the final cruises reflected her waning fervor: “Cruise of the Whatever,” followed by “Tired of the Seas.” So did the name of a dining room that specialized in seafood dishes: “Captain Apathy’s.”

Set up a virtual cruise at home

Decide where to go: While there’s nothing wrong with a cruise to nowhere, selecting an imagined destination can help inspire meal plans or daily activities. Kirti Dwivedi, for example, brought in fresh tropical fruit and coconut sorbet to evoke sense memories of Hawaii and “make it different from our everyday life.”

Take advantage of resources: Whether online or in your home, there’s no shortage of ways to inform and entertain a virtual journey. Jen Sternfeld, for example, turned to scrapbooks from previous trips, which included daily program guides. Cookbooks, cocktail books and online bartending tools provided recipe inspiration. Look on cruise ship sites and social media for mind-sharpeners like Sudoku and crossword puzzles; or Pinterest for scavenger hunts that can be adapted for around the home or neighborhood.

Share with your community: Everyone interviewed for this article described feedback from others as the most rewarding aspect of a faux journey. “Pictures are key,” Larysa Bolde advises. “You can write as much as you want, but it’s the pictures that draw people in.”

Have fun: Like so much else during this pandemic, this is uncharted territory, so make it yours. “There’s no rules,” Dwivedi says. “You create the experience you want to, however you want to do it. It’s not about what other people are going to think.” Bolde sums it up, “Get creative, get silly, don’t take yourself too seriously.”

In England, a trio of stately homes illuminates a bygone age

Canada, we missed you

She finally got to the Southwest’s most-photographed slot canyon. And it left her speechless.

‘Llama therapy’ in the wilds of Yellowstone National Park

In Alaska, pick Juneau over Anchorage