K/DA, the ‘League of Legends’ K-pop group, is back with a full EP 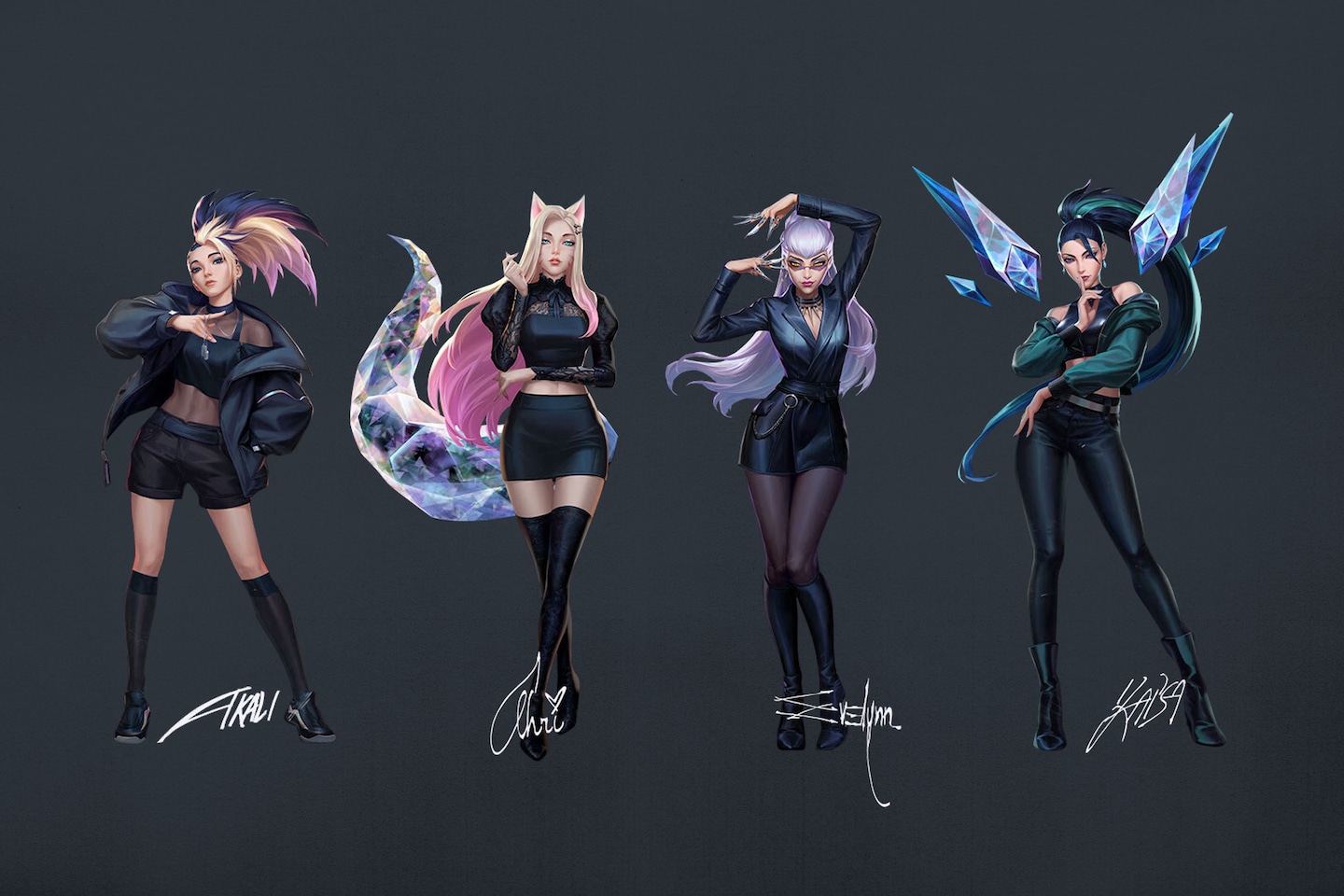 On release, K/DA’s “POP/STARS” topped the Billboard World Digital charts, as well as iTunes’ K-pop charts. While that’s no small feat for a group of made-up fantasy characters, the song’s instant popularity was a testament to the global phenomenon of “League of Legends,” the game behind the planet’s most popular esport. The song debuted with a live performance at the 2018 world championships. The music video currently has 365 million views on YouTube.

The song had appeal outside of the sizable “League” community as well, attracting fans of music and art. Its melody, as well as the high quality animation in the video, stunned and impressed YouTube influencers who cover K-pop and hip hop. Creator BRISxLIFE, who was not familiar with “League of Legends” at all, loved the masked, rapping Akali character, and said in his reaction video from 2018, “Oh my God, tell me she’s somebody that I can pick in the game bruh. This is the most hardest design I’ve seen.

“I’ve heard of ‘League of Legends.’ I know (G)-IDLE is dope as hell, but break down the characters,” he told his viewers.

While Riot Games has only created one other game, the 2020 shooter hit “Valorant,” its become one of the most powerful forces in the industry just on the “League” franchise alone. With K/DA’s return and their upcoming EP, Riot Games seems to be morphing into a next-generation multimedia company. It has already announced plans for a TV series. Riot intends to promote K/DA like virtual stars similar to Hatsune Miku and Lil Miquela, digital creations that have amassed a fan following.

Riot Games says to expect more announcements about collaborating artists in the coming months, including track details for the EP, which currently doesn’t have a scheduled release date. The social media accounts for the K/DA members are going to feature “day in the life” type Instagram posts that mimic real life influencers.

Whatever the ladies of K/DA have in store for Instagram, they’ll be walking a trail blazed by Rabbid Peach from “Mario + Rabbids Kingdom Battle.” Rabbid Peach has been posting as a virtual influencer since 2017, with saucy bedroom and bejeweled makeup selfies, one year before the debut of K/DA.