The Democratic and Republican national conventions are in the books. During four nights each of prime-time programming spread over the past two weeks, both parties featured scripted and carefully thought-out messages they hoped would appeal to voters. So what were they banking on, and how did those messages differ? One way to examine that is to isolate the words they used — and how the word choices differed between the two parties.

Below is a look at words each party emphasized.

These phrases were used during the DNC 0 times and during the RNC 31 times. Speakers include Mike Pence, President Trump and Ben Carson.

“The Biden-Harris ticket is the most radically pro-abortion campaign in history. They and other politicians are Catholic in name only and abandon innocent lives.”

The topic of abortion was much more a focal point at the GOP’s convention. Republicans on Wednesday featured successive speakers arguing that President Trump is without compare when it comes to opposing abortion rights, while claiming the Biden-Harris ticket is the most pro-abortion-rights ticket in history. Democrats didn’t mention “abortion” once, but they did make some more oblique references, including when vice-presidential nominee Kamala D. Harris spoke about inequities in “reproductive and maternal health care.” But it clearly wasn’t as big a focus for them. 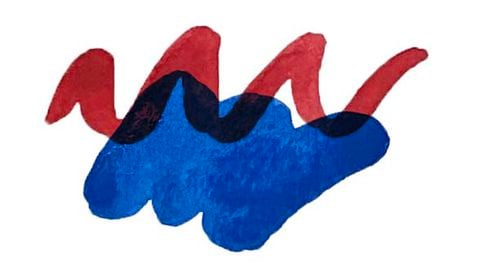 These phrases were used during the DNC 77 times and during the RNC 69 times. Speakers include Andrew Cuomo, Gretchen Whitmer and Joe Biden.

Democrats put the novel coronavirus front and center in their convention, casting it as the deadly result of an unfit president. But Republicans largely avoided delving into detail on the topic — perhaps reflective of the liability it is for Trump and Trump’s own desire to turn the page on the pandemic. When they did mention it, they focused not on the hardship the outbreak has created, but on the fact that the virus originated in China, and pointed to the Trump economy that existed before it. White House economic adviser Larry Kudlow even spoke of the outbreak in the past tense. 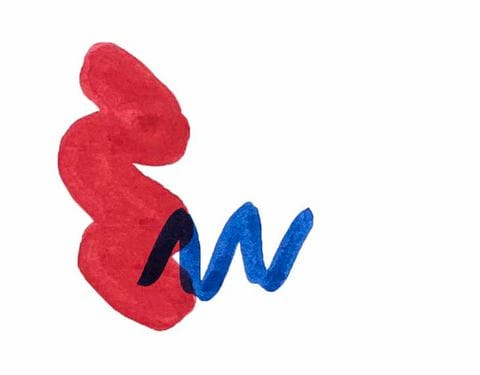 These phrases were used during the DNC 10 times and during the RNC 132 times. Speakers include Eric Trump, Charlie Kirk and Joni Ernst.

Trump, in closing out the convention Thursday, painted a picture of a completely unsafe country if he’s not reelected. He and Republican speakers regularly referred to more violent elements of the racial justice demonstrations as the “mob” and made regular references to our country being “destroyed” from within. The GOP also used such words to refer to more extreme elements of the Democratic Party, including when it comes to political correctness. 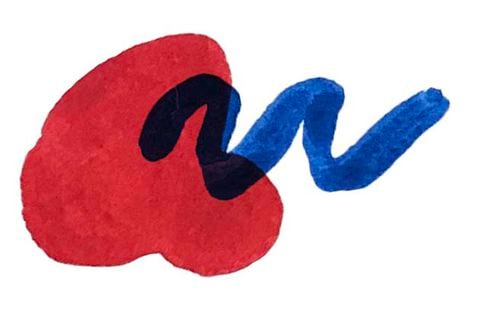 Those phrases were used during the DNC 4 times and during the RNC 113 times. Speakers include President Trump, Rand Paul and Nikki Haley.

“Last time, Joe’s boss was Obama. This time it would be [Nancy] Pelosi, [Bernie] Sanders and ‘the Squad.’ Their vision for America is socialism. … Joe Biden and the socialist left would be a disaster for our economy.”

The GOP’s focus was often not so much on labeling Biden as an extremist but in arguing that he’d be an enabler, a stalking horse — or even a pushover — for the more liberal and socialist elements in his party. One speaker, Cuban American immigrant Maximo Alvarez, compared what he was hearing today to what he heard from the Cuban revolutionary Fidel Castro. All told, two dozen GOP speakers invoked the word “radical,” and nearly two dozen referenced socialism or even communism in some way (55 mentions), with many using both. 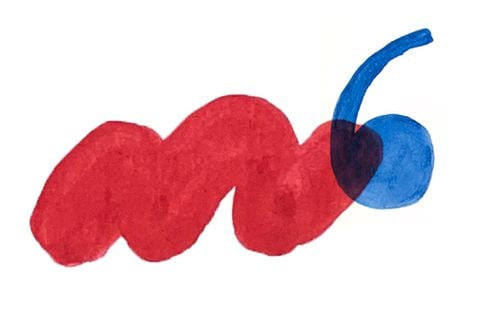 Those phrases were used during the DNC 3 times and during the RNC 105 times. Speakers include President Trump, Marsha Blackburn and Mike Pompeo.

“For far too long, members of both parties allowed our country to be ripped off by our trading partners, especially China, who dumped steel into our markets and slapped tariffs on our products.”

Trump’s trade war with China and his effort to blame the country for the coronavirus pandemic made this into the most-spoken major term at the GOP convention. While the words “China” and “Chinese” were uttered just three times at the Democratic convention last week, they were invoked more than 100 times — the single-most-used word and variant on this list — at the Republican convention. Many mentions featured GOP convention speakers accusing China of unleashing the coronavirus on the world, while others suggested Biden would be comparatively soft on China. 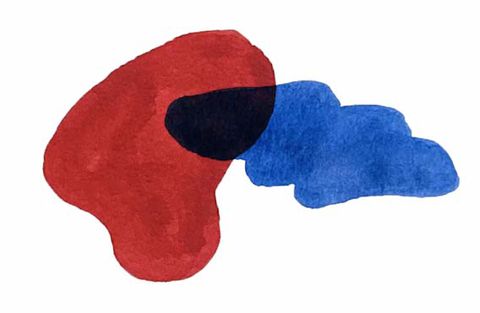 These phrases were used during the DNC 6 times and during the RNC 146 times. Speakers include Kamala Harris, President Trump and Michael McHale.

“They will defund, dismantle and destroy America’s law enforcement. When you are in trouble, and need police, don’t count on the Democrats.”

Racial justice demonstrations, unrest and at times rioting were a feature of the GOP’s convention, echoing Trump’s warnings that, while these things have transpired on his watch, they would be worse under a Democratic administration. A particular focal point for Republicans was casting Democrats as anti-law enforcement. The GOP speakers mentioned these terms well over 100 times, compared with just a handful for Democrats. When Democrats did bring up the topic, it was often in the context of racial justice and police killings of Black people. 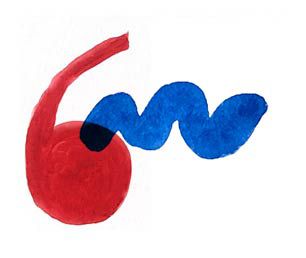 “Here at home, as George Floyd, Breonna Taylor and a never-ending list of innocent people of color continue to be murdered, stating the simple fact that a Black life matters is still met with derision from the nation’s highest office.”

The Republican convention made a concerted effort to feature lots of Black speakers who supported Trump. That’s despite Black voters massively favoring Democrats for decades — to the tune of a 91 percent-to-6 percent margin for Hillary Clinton over Trump in 2016 — and Harris vying to be the first Black vice president. GOP speakers said the word “Black” or “African American” far more often than Democrats. One key difference, though: Republicans almost completely avoided thornier issues of racial justice and the cause of Black Lives Matter protesters. 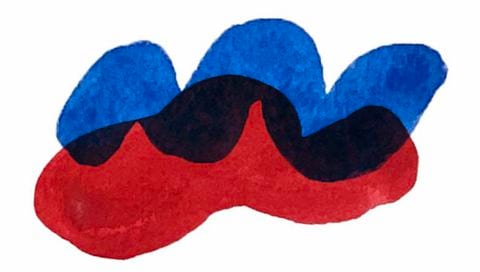 “A corrupt Ukrainian oligarch put Hunter on the board of his gas company, even though he had no experience in Ukraine or in the energy sector. None. Yet he was paid millions to do nothing. He only had one qualification that mattered: He was the son of the man in charge of distributing U.S. aid to Ukraine.”

One name that didn’t come up much at the GOP convention: Hunter Biden. Trump risked his presidency, becoming the third impeached president in the process, over his efforts to get information from Ukraine about dubious allegations of wrongdoing by Hunter Biden. Yet only one GOP speaker mentioned him: former Florida attorney general Pam Bondi. (Not even Rudolph W. Giuliani, who spearheaded the effort in Ukraine, mentioned the topic.) Bondi named him more times in the space of about a minute than he was mentioned in total at the Democratic convention. And, in fact, it was the other Biden son who was mentioned more overall: the late Beau (28 times overall, all at the Democratic convention). 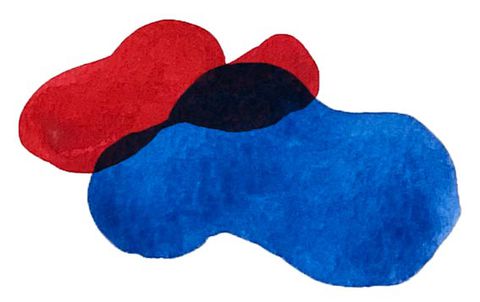 Was used during the DNC 30 times and during the RNC 16 times. Speakers include Amy Klobuchar, Andrew Cuomo and Doug Jones

“Today Donald Trump has divided our country, diminished our greatness and demeaned everything that this statue represents. He even hid in a bunker as Americans were tear-gassed and beaten.”

While the GOP went after Democrats for being extreme, Democrats repeatedly painted Trump as having “divided” Americans or being “divisive.” They used such words about twice as often as Republicans.

Was used during the DNC 35 times and during the RNC 4 times. Speakers include Amy Klobuchar, Barack Obama and John Kerry.

Democrats were also much more likely to invoke “democracy,” casting Trump as a threat to it. They focused on the idea that Trump was trying to suppress the vote, including through controversial decisions at the U.S. Postal Service and his dubious allegations of impending widespread mail-ballot fraud.

“President Trump built the most inclusive economy ever. Seven million jobs created pre-covid-19, and two-thirds of them went to women, African Americans and Hispanics.”

The fast-growing Latino and Hispanic community received remarkably little emphasis at either convention — both in the choice of speakers and the messages. The GOP convention focused exponentially more on African Americans. When this demographic was invoked, it was often mentioned alongside other demographic groups, rather than speaking specifically about it and its priorities. If you had said this demographic would get such short shrift at both parties’ conventions a few years ago, or even a few months ago, it would be hard to believe. 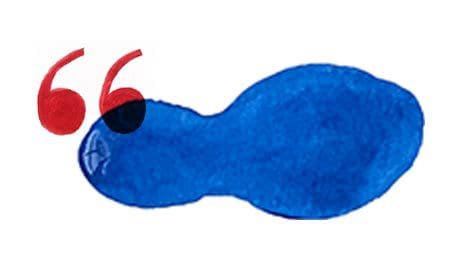 Other prominent words at the RNC

Other prominent words at the DNC

The Washington Post collected every word from speech transcripts of the Democratic and Republican 2020 conventions. The Post threw out common words such as “and,” “or,” “but,” “here” and “there.” The Post counted how many times each remaining word was used. The versions of a word were combined, such as “America,” “American,” “Americans” and “America’s.” For both the Republican and Democratic conventions “America/American” was the most common word. To find words that each party is more likely to use than the other party, The Post calculated how often each word was used at each convention. The scores for the separate conventions were compared to see which words were more prevalent for each party. For instance, “media” was used twice at the Democratic convention, making it tied for the 294th most common word. It was used 46 times at the Republican convention, making it tied for the 92nd most common word. That showed that it was a much more important word for Republicans than for Democrats.