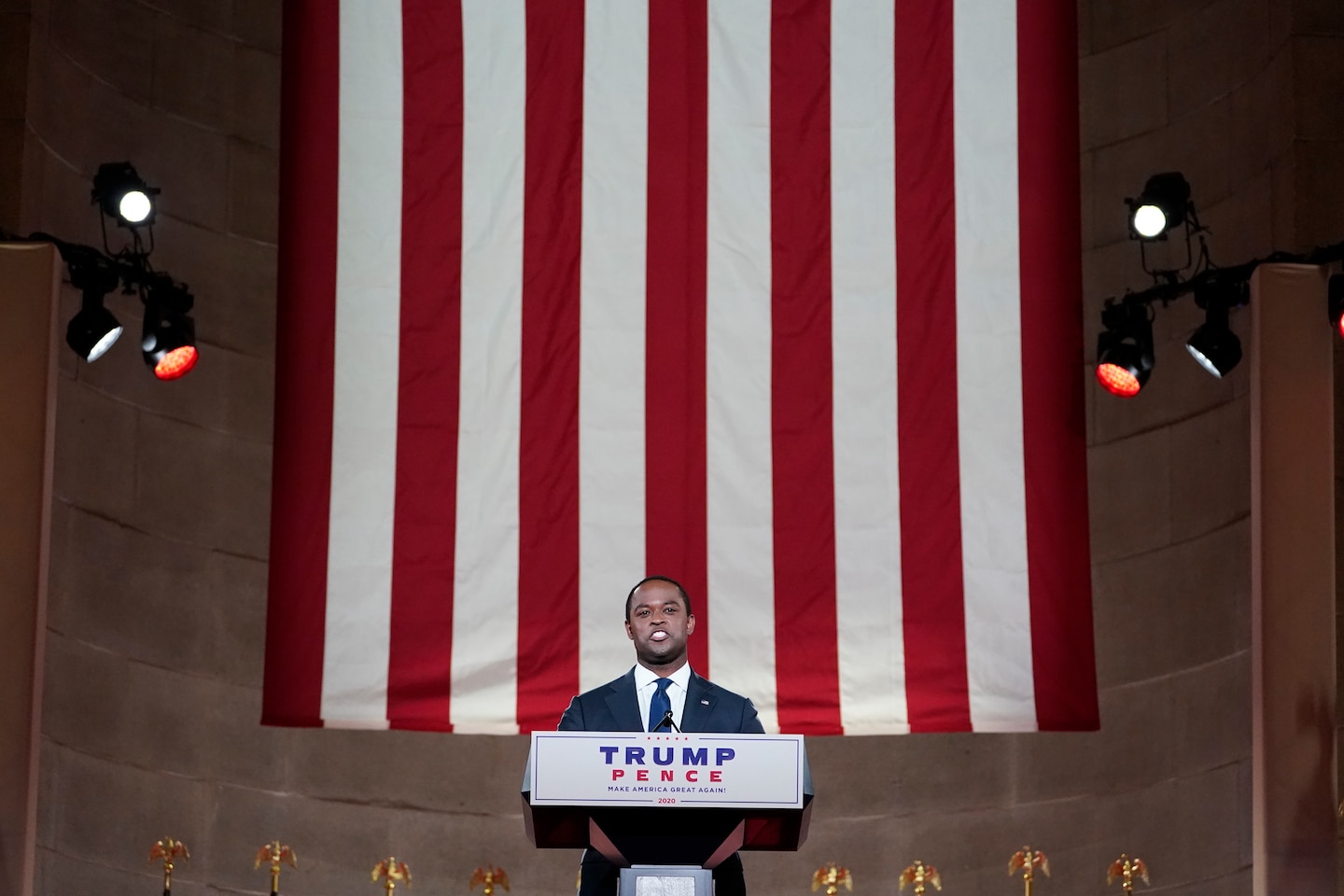 There’s a lot of information included in those circles and squares but also some demographic categories that are missing. Two speakers, for example, used wheelchairs, including congressional candidate Madison Cawthorn. Ric Grenell, a former administration official, is openly gay, as, perhaps, were others.

In other words, there was diversity present that isn’t captured by the graphic above. But it does, nonetheless, capture one dynamic: About half of the speakers were White men.

In total, 72 of the speakers appeared to be White. (Here, too, things can be blurry, requiring our making assumptions that may be incorrect. If they are, we’ll update this article.) In a population of 93 speakers, though, that’s about what you would expect from a Republican convention. After all, the party itself is about 80 percent white, according to data provided to The Washington Post by Pew Research Center.

Two groups (understandably) overrepresented in the speaker lineup? Republican candidates and elected officials, who made up about a quarter of the total. Another quarter of the speakers were either members of the Trump family or current or former members of the campaign staff or administration. (Note that these groups are exclusive; we counted President Trump as a Trump and not an elected official.)

There should be one aspect of the graphs above that jumps out, though: the density of Black speakers. About 12 of the convention’s 93 speakers were Black, 13 percent of the total. That’s more than four times the density of Blacks in the party itself.

For every three White woman who spoke, one Black man spoke. In the party itself, White women outnumber Black men by 17 to 1.

This isn’t some big mystery. The Trump campaign has been actively reaching out to Black voters for months. To some extent, it’s an effort to present Trump as a big-tent Republican, someone who is not racist (despite that view being held by 80 percent of Black Americans) but an ally. To some extent, though, it’s meant to try to peel Black voters, especially Black men, away from the Democratic Party. If Trump manages to depress enthusiasm for former vice president Joe Biden among Black voters, it makes his path to reelection much easier. (When Black turnout dropped in 2016, Trump publicly celebrated the development and thanked Black voters for staying home.)

That Trump is viewed more positively by Black men than Black women is something that has been captured in polling and which the campaign clearly sees as an opportunity. In both presentation and content, the convention tried to reinforce that the party and its president were welcoming to Black men. Testimonials of Republican and even Democratic Black men broached the subject directly.

It may be a bit heavy-handed, but the campaign certainly doesn’t care — any more than it is likely concerned about how obvious its electoral focus was. Speaker after speaker hailed from Minnesota or from Wisconsin or from Michigan. The places Trump wants and needs to win got to see their (relative) neighbors making the case for the president during the four nights of the convention. In these cases, of course, there was an added benefit to the campaign: Local news outlets will almost certainly profile and elevate the appearances by people from those states.

Will all of this work? At the very least, it was worth a try. Trump won Michigan by 11,000 votes in 2016. Every Black voter in the state whom he persuades to stay home in November is a vote he doesn’t need to pick up elsewhere.