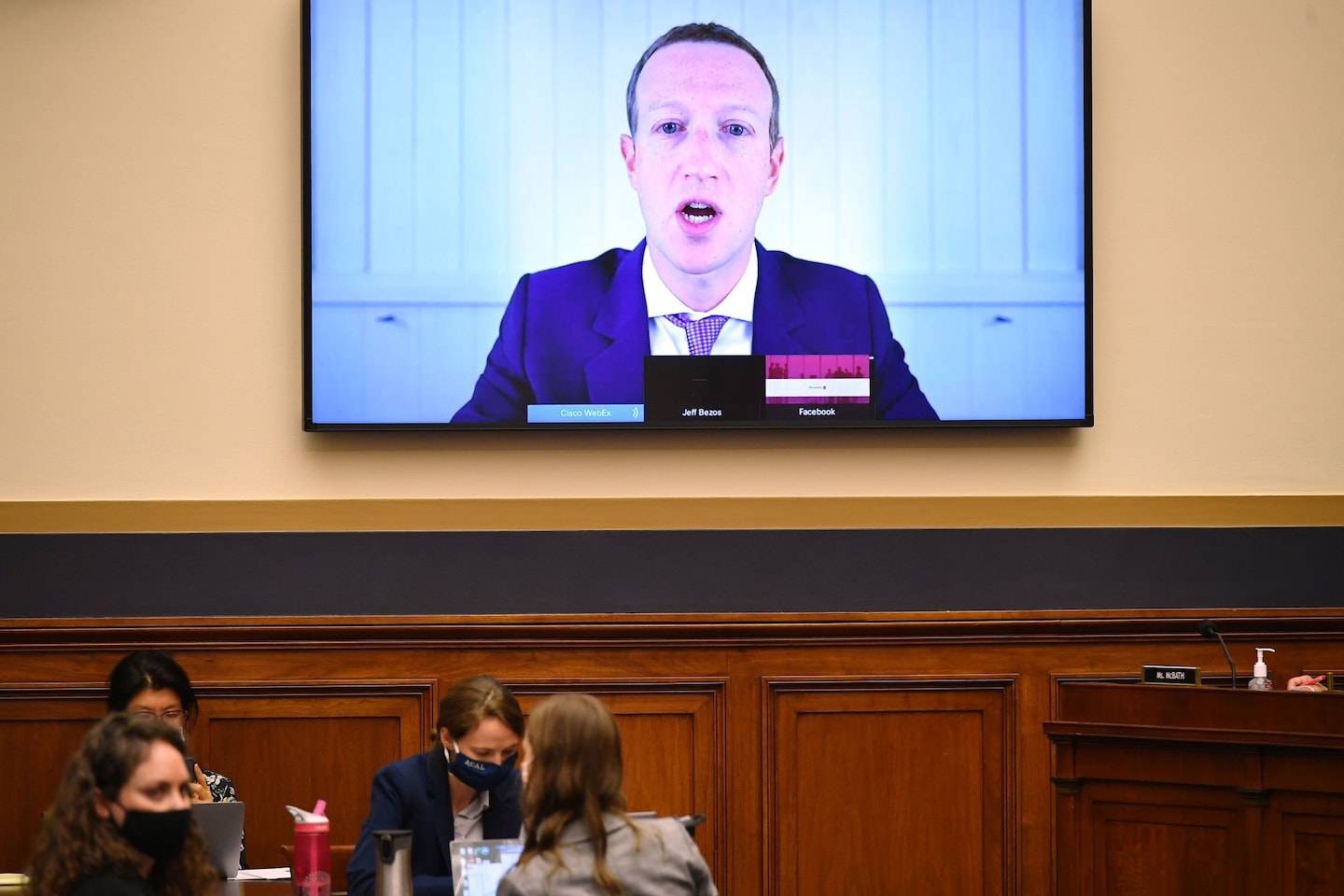 Facebook removed the page for the “Kenosha Guard” and an event listing for “Armed Citizens to Protect Our Lives and Property” after the shootings Tuesday night in which Kyle Rittenhouse, 17, allegedly killed two men and seriously wounded a third.

Looking somber in a blue T-shirt and speaking in a slow, halting manner, Zuckerberg said the page and event listing violated Facebook’s policies and should have been removed after the company received numerous complaints about their violent nature. He called the error “largely an operational mistake.”

“The contractors, the reviewers who the initial complaints were funneled to, didn’t, basically, didn’t pick this up,” Zuckerberg said. “And on second review, doing it more sensitively, the team that’s responsible for dangerous organizations recognized that this violated the policies and we took it down.”

Zuckerberg, whose remarks were first reported by BuzzFeed News before Facebook made them public, didn’t say if the contractors had been disciplined for not removing the page and event listing or if Facebook would undertake additional training or consider changes to policies as a result of the event. He did not make an apology to the victims of the violence or their families in the video post.

Zuckerberg said there was no evidence that Rittenhouse followed the Kenosha Guard page or that he had been invited to the event page calling for an armed response to protests in the city.

The incident is the latest in a long succession of failures by Facebook to effectively police its platforms, including the photo-sharing site Instagram, for posts that incite, organize and glorify violence. Last week, the company had announced initiatives to intensify its efforts against militia groups and potentially dangerous conspiracy theories, such as QAnon, but Zuckerberg agreed with critics that the company failed to act appropriately against the Kenosha Guard page and the event listing.

Zuckerberg has been the subject of intense criticism from both inside and outside Facebook for not doing more to keep the company he has led since its creation in 2004 from becoming a conduit for violent ideologies.

Facebook long has had ties to serious violence in the real world. The company acknowledged in 2018 it had been used to “foment division and incite offline violence” during ethnic cleansing of the Rohingya minority group in Myanmar. Last year, a gunman live-streamed on Facebook the shooting of Muslims in a New Zealand mosque that left dozens dead.

This year, a movement called “the boogaloo,” espousing violence against government officials, spread widely on Facebook and other social media. A boogaloo adherent who was later charged with killing a security guard at an Oakland, Calif., courthouse amid protests in May wrote on Facebook, “Use their anger to fuel our fire. Think outside the box. We have mobs of angry people to use to our advantage,” according to court documents.

“It’s optimized for growth and profit, and not optimized for safety, integrity and security,” Robinson said. “The system’s not broken. It’s performing the way it’s designed to.”

The use of Facebook in encouraging armed people to convene in Kenosha has drawn particularly sharp criticism, including in an internal meeting among employees, according to news reports.

Hours before Tuesday’s shootings, an administrator of the Kenosha Guard page urged Facebook users to “take up arms and defend out [sic] City tonight from the evil thugs,” according to a review of social media postings by the Atlantic Council’s Digital Forensic Research Lab. The post continued, “Nondoubt [sic] they are currently planning on the next part of the City to burn tonight!”

Facebook has removed the Kenosha Guard page for violating the company’s policies against “dangerous individuals and organizations.” The company also called Tuesday’s shooting a “violating event” and deleted affiliated content and accounts, including that of the alleged shooter, who has been charged with first-degree homicide.

Zuckerberg opened his remarks by describing how he felt personally troubled about this and other recent events in which Black people have been killed by police or by civilians acting as vigilantes against widespread unrest in recent months.

“There’s just this sense that things really aren’t improving at the pace that they should be, and I think that’s really painful, really discouraging,” Zuckerberg said. “And it’s just another reminder that there’s a lot more to do.”