A slip in support for Black Lives Matter? 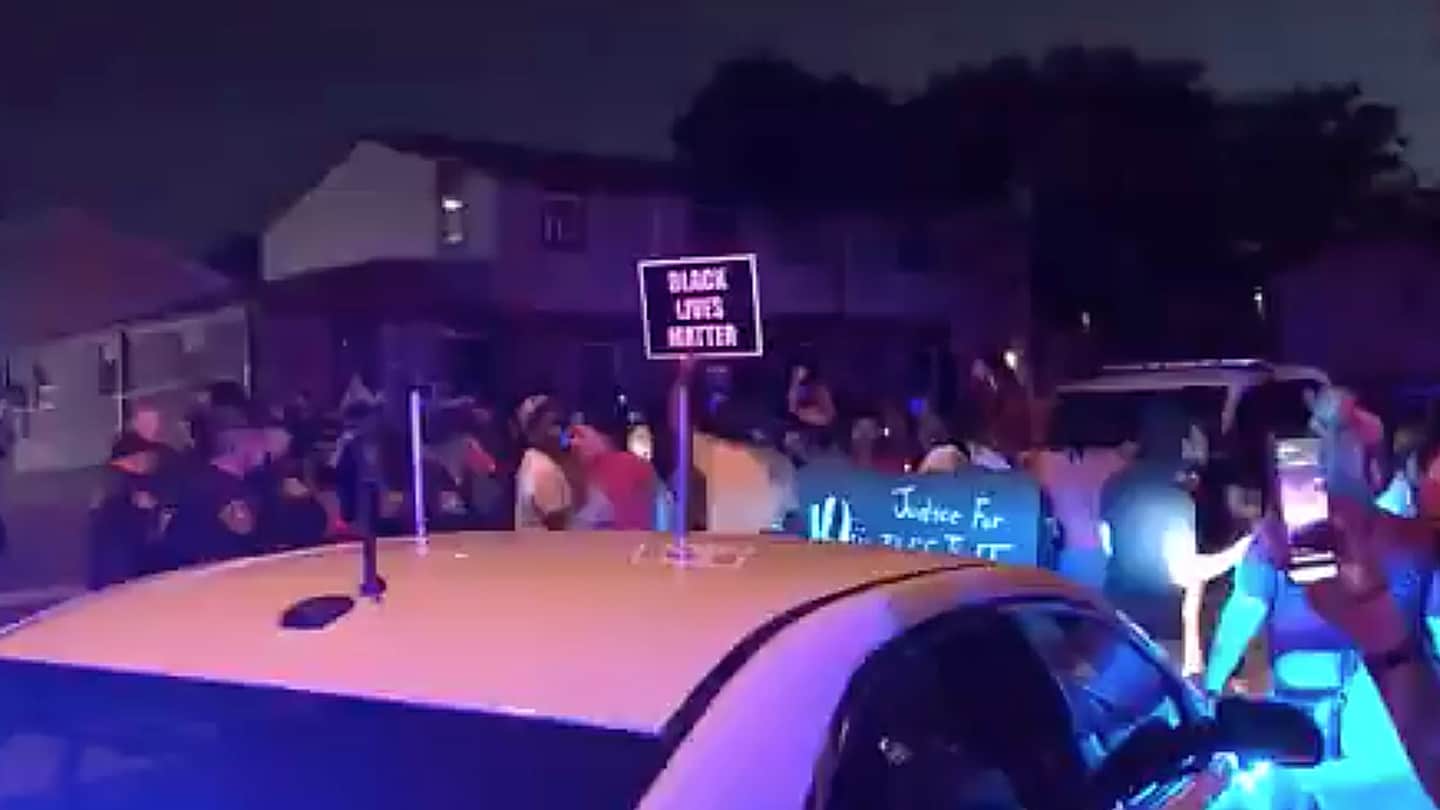 Whether they will or not — and how much they actually vote on the issue — is a crucial 2020 question. But some recent polls suggest White Americans may not be as supportive of the Black Lives Matter movement as they were earlier this summer.

There has been limited polling on this in recent weeks, and none publicly released covering the period since the police shooting of Jacob Blake in Kenosha, Wis., last weekend. But what we did see before then suggests the spikes we saw in favor of Black Lives Matter protesters following the police killing George Floyd in Minneapolis had subsided.

While polls after Floyd’s death show big increases in support for Black Lives Matter and a belief in systemic racism in American law enforcement, recent polls suggest things returning closer to the mean.

Perhaps most striking was, coincidentally, a poll in Wisconsin. The Marquette University Law School poll in mid-June showed residents supported the Black Lives Matter movement by a 61 percent to 38 percent margin. But by earlier this month, those numbers had evened out — 48-48.

The reason: White Wisconsinites. There was almost no shift among racial minorities, but Whites in the poll moved from 21 points in favor of the movement (59-38) to six points against (45-51).

The results were similar to a Yahoo/YouGov poll from late July, which showed views of Black Lives Matter at 47 percent positive and 48 percent negative overall. It also showed the movement underwater among Whites, 41 percent to 51 percent.

The decline was less severe in an NPR poll this week, but they also showed lower support than previous polls. The poll showed Americans overall supported the Black Lives Matter movement by a 51-30 margin, but White Americans were just 47-41 in favor.

And finally, a Roanoke College poll of voters in Virginia — a state that has gone blue the past three presidential elections — showed 51 percent overall support for Black Lives Matter, with Whites in favor by a 43-35 margin.

The numbers are all lower than previous polling on the topic. Polls this summer showed record support for Black Lives Matter, including up two two-thirds of Americans supporting it and its aims. A Washington Post-ABC News poll last month showed that 63 percent overall supported the movement, including 46 percent who “strongly” supported it. Whites supported the movement 54-37 — a 17-point margin not replicated in any of these more recent polls.

The data lead to a few questions:

First is how significant and lasting this is. It’s tempting to attach these numbers to the scenes of unrest that have been played up particularly by Trump and conservative media. But those scenes had faded in the weeks during which these polls were conducted. Plenty may have changed in the past week, following the police shooting of Blake.

The second is cause and effect. While people could possibly be reacting to those scenes, it’s also possible the inverse is true: that they find the scenes that actually set off the unrest to be more powerful and compelling — and that what happened in Kenosha could serve to reinforce those concerns. The ebb in White support for the movement could just as easily be explained by these issues fading from prominence as they could be by the scenes Trump and his allies have played up — which, notably, existed following the Floyd protests and were very prominent in conservative media, but at that point didn’t seem to alienate the vast majority of Americans.

Finally there’s the fact that, even with the apparent dip in White support for Black Lives Matter, it hasn’t seemed to impact the race for president much. Joe Biden’s lead has been remarkably static since he became the presumptive Democratic nominee, and even in the past few weeks, when views of the protests might have shifted, his lead in the national RealClearPolitics average remains at 7.1 points. That’s little changed from earlier this month and only slightly smaller than earlier this summer.

Wisconsin polling is also instructive in this regard. While Marquette showed the biggest decline in support for Black Lives Matter, Biden’s support in Wisconsin hasn’t really changed much from mid-June. Save for a GOP pollster who employs a novel method seeking out supposed secret Trump supporters, Biden’s lead is still very much in the mid-single digits.

Not to mention the movement, even if it has declined, is hardly unpopular.

What’s more, attaching Biden to the violence is not only undermined by the fact that these scenes have occurred during the Trump presidency, but also by Biden himself having denounced the violence. He has clearly and repeatedly said such tactics are not the answer.

The GOP’s argument, then, is apparently that Biden has not been forceful enough and that he’d been weaker on the topic than Trump has. There seems to be less sympathy for the movement, which complicates things for Biden given that it’s associated with the left, but there’s also little evidence that Americans think he’d actually makes things worse — and that it’s affecting the race much. Indeed, recent polls suggest Americans may actually trust him more on issues of law and order.

All of that comes with the caveat that we don’t yet know how the scenes this week in Kenosha and elsewhere will register, and any changes in the polls could also reflect the two parties’ conventions.