‘I am a mother to 79 kids’: Foster family brought unconditional love to youth facing hardships 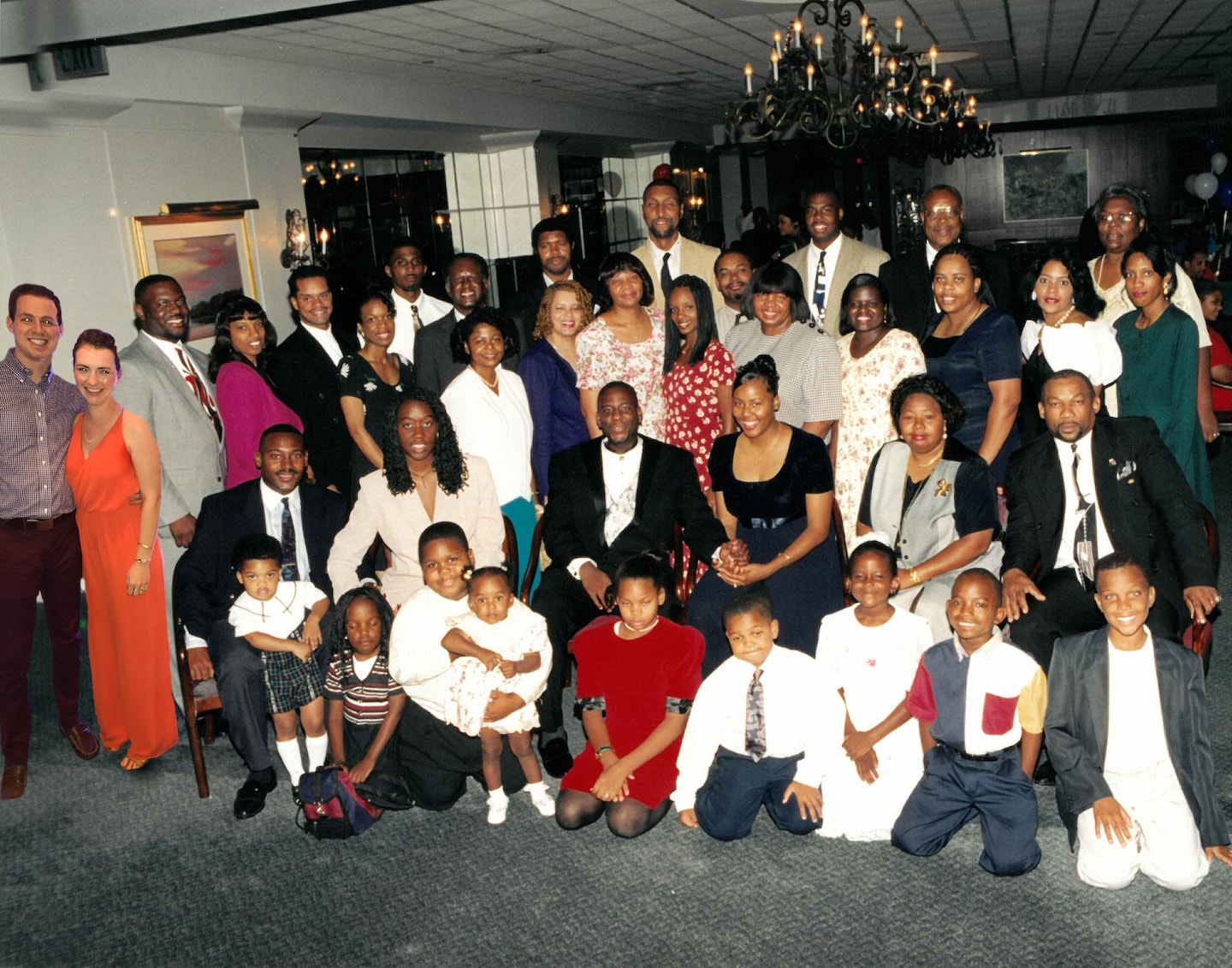 She and her late husband, Monroe Ballard, started serving dinner every Sunday night at their humble home in North Memphis. It was always an open invitation, she said, and typically 20 people from the area would show up. Some started spending the night.

Child after child would trickle in, and the couple welcomed each one warmly. Between 1968 and 2008, the Ballards became known as “Mama JoeAnn” and “Daddy Monroe” to 75 orphans, abuse victims, runaways and young adults in need of support.

Ballard was born in Mobile, Ala., but grew up in Lucedale, Miss. She, too, was a foster child.

“I was in foster care from the time I was six months old,” she said. “My foster parents had already supported 45 children over a long period of time when my brother and sister and I got there.”

“We had the best experience that anybody could ask for,” Ballard continued, adding that her foster parents were her biological great aunt and uncle. “My parents poured love into our lives. I felt that unconditional love, and I wanted to give it back. When the opportunity came, that’s what I did.”

Despite being abandoned as an infant, Ballard went on to have a stable, wholesome upbringing — which she attributes to her foster parents’ steadfast support.

Ballard was 21 when she moved to Memphis in the summer of 1965. She had just graduated from the now closed Nazarene Bible Institute in Charleston, W.Va., where she studied ministry and social work.

A few months after she arrived, Ballard met her husband at church. He was a sixth-grade teacher.

“My husband was not raised in foster care, but he had eight brothers and sisters, so he knew how to take care of a lot of people,” she said.

When the two met, “poverty in Memphis had really begun to show itself,” said Ballard, adding that civil unrest and racism had contributed to widespread financial inequality in the city. “There was a greater need among children of color.”

Living on a schoolteacher’s salary, the Ballards raised four children of their own, plus 75 others — many of whom were students of Monroe’s — over four decades.

They each stayed with the Ballards for between one and 11 years, and the couple had as many as 12 foster children living with them at a time. Eventually, they saved enough money to purchase another home across the street to house more people.

“We were going to help them by any means necessary,” Ballard said. “We did whatever we needed to do. After teaching all day, my husband would take an 11 p.m. to 3 a.m. shift doing odd jobs. In the summer, we painted houses, cut down trees, mowed lawns and collected cans for money.”

“My parents were very resourceful,” echoed Ballard’s biological daughter, Ephie Johnson, 52. “My mom would go to the back of the grocery and dollar stores and ask if she could have the discarded things. She wore the same three dresses to church every Sunday for years, and my daddy would shop at thrift stores. They never did anything for their benefit. It was always about benefiting other people.”

For Johnson, who grew up surrounded by people, “my foster siblings always felt like brothers and sisters to me.”

“Monroe was my teacher in high school, and I used to go home with him on weekends,” said Ester Britton, 58, who was an orphan living with her sister at the time. “Down the line, they took me in.”

Britton lived with the Ballards for 11 years. They helped her get into college, she said, and raised her as their own.

Mattie Neal, 67, had a similar experience. She was 18 and homeless when she moved in with the Ballards and stayed with them for four years.

“They are the ones who started my life,” she recalled, adding that they helped her get into the University of Memphis, where she studied to become a teacher. “They offered me complete protection. They are people who love other people.”

“When my mom passed, they took me in as one of their own,” said Knox, who moved in with the Ballards when she was 16. “I saw them as my parents. I still do.”

Ballard said they most often housed older teens and young adults, as it’s considerably harder for them to find homes and support beyond the age of 16.

“The streets are full of kids who have aged out of the foster care system,” she said. “To me, they are the most in need.”

“If you look at who has had the greatest impact on the city in the last 40 years, JoeAnn would be in the top five,” said Larry Jenson, 67, a longtime friend of the family. “You’d go by their house and it was like a dorm. There were kids everywhere.”

Of the 75 children the family took in, every one attended college or trade school.

Still, the enormous need in the area extended far beyond what they could independently support, so Ballard decided to start a nonprofit to broaden their reach and touch more lives.

In 1978, Neighborhood Christian Centers (NCC) was born and has grown over the past 42 years from one center to nine across Memphis. The organization supports people and families in crisis throughout the city, providing emergency food, housing, job training, legal and financial counseling, tutoring and other critical services to those in need.

“We serve roughly 60,000 people a year,” said Ballard, who ran the organization until her husband’s death in 2008. Since then, her daughter, Ephie Johnson, has been at the helm of the charity.

“It’s a joy to be a part of,” said Johnson, adding that some of her foster siblings also have gotten involved with NCC. “We work to move families from crisis to stability.”

According to data collected by the U.S. Census Bureau in 2018, there is an overwhelming number of families and youth that need support in the city. The child poverty rate in Memphis is nearly 45 percent.

Beyond starting NCC, fostering 75 children “was the best part of my life,” Ballard said. She knows supporting them also had generational resonance.

Shoneia Boler, 41, was raised by one of Ballard’s foster children and considers Ballard her grandmother.

“We had a traumatic background,” said Boler, who was brought up by her mother’s sister. “Without the teaching and love that my aunt received from Mother JoeAnn, I’m sure we would have continued the generational curse. But because of the time that she dedicated to her, we didn’t have to go through another cycle of poverty and abuse.”

“With the right love and the right heart, you don’t just touch that one person, but you touch generations to come,” continued Boler, who works as a corporate tax accountant and has three children of her own.

Today, Ballard lives in an apartment with one college student whom she supports. But she misses the hubbub of it all, she said, and especially the joy of watching underprivileged youth find peace and stability.

“If I could still do it, I would,” said Ballard, who suffers from joint problems but is otherwise healthy. She continues to work for NCC, training community leaders and mentoring individuals.

Ballard facilitates regular family reunions with all her children. The most recent event was postponed in the wake of the pandemic, she said, but they all keep in touch regularly.

“There’s desperate need out there,” she went on. “But what people need most is love.”