How the U.S. Supreme Court affects the world 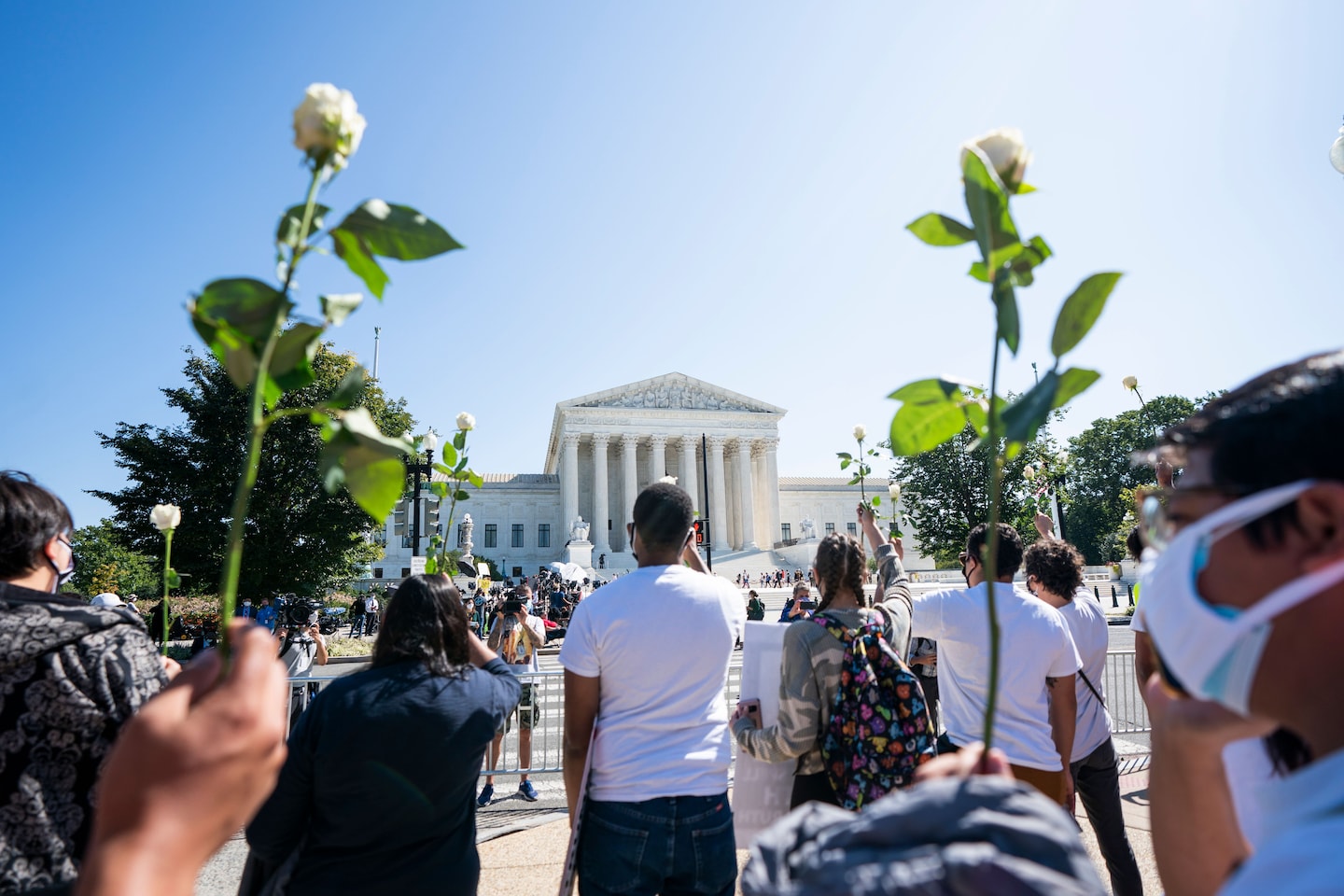 But just because the court is a thoroughly American institution, that doesn’t mean its impact stops at U.S. borders. Its decisions affect foreign citizens, and the political wrangling over its future will resonate globally for years.

The brewing battle over the seat vacated by liberal Justice Ruth Bader Ginsburg, who died on Friday at the age of 87, is being watched closely by international legal experts. President Trump has pledged to move forward with a high court nominee before the November election, potentially enshrining an overwhelming conservative majority on the court.

“Justice Ginsburg was a globally significant jurist,” Adam Goldenberg, a lawyer at McCarthy Tétrault in Toronto and former clerk at the Canadian Supreme Court told Today’s WorldView. “This story is going to captivate people in our profession around the world.”

Decisions made by the Supreme Court can have significant practical impact abroad, especially when they involve commercial or administrative law. They can also affect people outside U.S. borders even when rulings come down to interpretations of the U.S. Constitution.

One high-profile ruling in June 2018 found that the president has the authority to ban travelers from majority-Muslim countries if he thinks it necessary.

The impact of domestic politics on the court in that decision was hard to miss. A Republican-led Senate had blocked the appointment of the Obama administration’s nominee to the court after the death of Justice Antonin Scalia in February 2016, which would have resulted in a liberal majority.

The conservative who eventually replaced Scalia, Justice Neil M. Gorsuch, was among the five who sided with the government — ultimately upholding a travel ban activists say has affected hundreds of millions of people overseas.

The Court is slated to hear more cases with clear international implications soon. This summer it agreed to take up a case that would decide whether foreign plaintiffs could use a 1789 law to sue U.S. corporations for alleged human rights abuses that occurred abroad.

The case, due to be heard in December, revolves around allegations that the U.S. company Cargill and the American branch of Nestle had allowed the use of child slave labor on cocoa farms in Ivory Coast. David Orentlicher, a law professor at University of Nevada at Las Vegas, said that the “the implications for holding domestic corporations liable are huge” and he could see deep divisions among Justices.

Other forthcoming cases with international implications include one relating to artwork stolen from Jewish art dealers by Nazi Germany and property taken during World War II by the Hungarian government. The current governments of Germany and Hungary are parties to these cases.

Despite their ideological divides it is not always clear how Justices will rule in cases outside of constitutional law. FiveThirtyEight reported this summer that the Court’s decisions had been in line with public opinion in all but two cases last term.

But there are cases with international implications where a new conservative justice could shift the landscape. In June, the Court rejected the Trump administration’s attempt to dismantle the Deferred Action for Childhood Arrivals program, a program that protected undocumented immigrants who entered the United States as children.

The decision to protect the DACA program was one of two cases this year that saw Chief Justice John G. Roberts Jr., considered a conservative, side with Ginsburg and other liberals in a 5-to-4 ruling that rested on administrative law. Trump has decried these moves as “shotgun blasts” into the faces of Republicans.

The Trump administration has shown no signs of giving up its fight against DACA. But ending protection for up to 650,000 DACA participants would have considerable international implications: Some “dreamers” who left the United States preemptively have described rough transitions to life in their old homes.

Despite its capacity for global impact, the Supreme Court can be an insular institution. During the Senate confirmation hearings for now-Justice Sonia Sotomayor in 2009, there were fierce debates about the extent to which the court should cite foreign law in its own rulings, which was viewed as “radical” by some.

Here, the loss of Ginsburg may be felt, too. Along with Justice Stephen G. Breyer (who wrote a book on the subject), she advocated for the Supreme Court taking a more international view of its responsibilities. University of Chicago professor Paul Poast argued that it was one of the key legacies she left behind.

The Court still has isolationist tendencies. Oona Hathaway, a professor at Yale Law School, said she thought the 2009 debate had “scared a lot of justices away from citing foreign judgments. And it’s hard to write about international law if you can’t cite foreign judgments.”

The story cuts the other way, too. Though the court’s power remains considerable, its prestige has been waning for years. In 2008, the New York Times’ Adam Liptak observed that American legal influence was declining, with citations of U.S. law in Canada and Australia dropping sharply as “sophisticated constitutional courts,” often more liberal than the U.S. court, rose elsewhere.

Others suggested the problem was not just the court itself, but disdain for U.S. policy. “It’s not surprising, given our foreign policy in the last decade or so, that American influence should be declining,” Thomas Ginsburg, then a law professor at the University of Chicago, told Liptak.

Goldenberg, the Canadian lawyer, said that the focus on textualism and originalism in U.S. constitutional law meant the Supreme Court’s decisions offered little guidance to foreign legal experts. And though many lawyers will be watching the battle for Ginsburg’s seat, it’s not something they’d want for themselves.

“You won’t find many lawyers outside the United States who envy the American nomination and confirmation process,” he said.