How the pandemic has affected abortion rules around the world 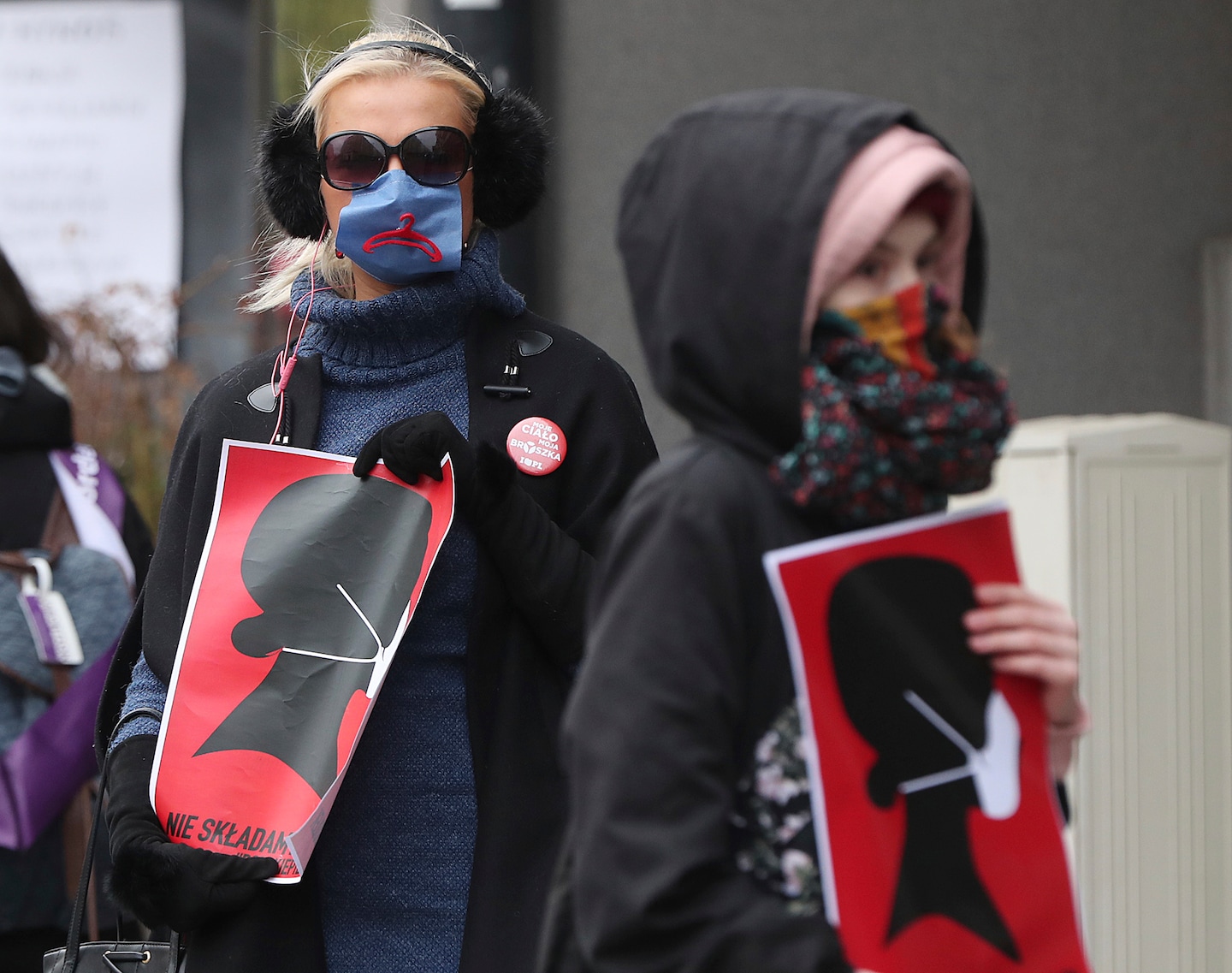 This spring, Socorristas en Red’s more than 500 members shifted to working virtually: By phone and online, they advised women about medical abortions and connected them with doctors who would help. Between March and June, they helped more than 6,000 women navigate the abortion process, nearly half as many as in all of 2019.

Across the globe, the pandemic has made it harder for women and girls to access reproductive services, as clinics close and barriers to medical care rise. The United Nations warned that millions of unintended pregnancies could result, with some 47 million women potentially cut off from modern contraception.

Some programs and policies have succeeded in thwarting this trend, such as Britain’s expansion of telemedicine for self-managed abortions. Global groups like Women on Web provide virtual consultations and help deliver abortion pills to homes, a way to bypass local restrictions.

But as the pandemic grinds on, the U.N. predictions echo the reality of millions of women in countries without legalized services or plans in place to cope with prolonged disruptions in reproductive care.

Argentine law permits abortion only in cases of rape or threats to a mother’s life. The law allows doctors to opt out on religious or other grounds. In practice, even women who legally qualify are often denied access.

In 2018, Argentina’s lower house passed a bill to legalize abortion during the first 14 weeks of pregnancy. The Senate narrowly rejected it. But by then, public opinion had shifted. President Alberto Fernández pledged to legalize abortion when the legislature resumed in March, despite the Catholic Church’s opposition.

Then the novel coronavirus came. Congress went virtual. The bill lay in limbo.

Some politicians argued that the country’s health-care system was too overwhelmed by the virus to take on abortion procedures. Mariela Belski, the executive director of Amnesty International-Argentina, disagreed.

“The excuse of the government saying that the health system is overcrowded is not enough to justify not debating the abortion [law],” she said. “Abortions are for sure going on outside the system in not safe conditions.” Legalizing it, she argued, would put “less pressure on the health system.”

Colombia was also on the cusp of change at the start of March, as the country awaited a Constitutional Court ruling on whether to legalize abortions during the first 16 weeks of pregnancy. On March 3, the court ruled not to change the law, which permits abortions within limited periods for pregnancies that result from rape, that pose a risk to the mother’s life or involve a fetus with serious health problems.

In the following months, the coronavirus made it harder for millions of Colombians to access reproductive services, said Catalina Martinez Coral, the regional director for Latin America and the Caribbean for the Center for Reproductive Rights.

As in Argentina, Colombia’s Health Ministry issued guidelines saying abortions were essential services. But many doctors still refused to administer them, a particular problem for isolated women in poor and rural communities. About half of Colombia’s 50 million people lack Internet access, complicating telemedicine, Coral said.

So in mid-September, a coalition led by Causa Justa Movement, a community organizing group, filed a lawsuit against Colombia’s top court. The case argued that classifying abortion as a crime “violates the fundamental rights of women and health personnel.”

“Precisely because we are living this pandemic and the pandemic is exacerbating access to essential health services, we need to ensure access now,” she said.

Before the pandemic, women in England, Wales and Scotland could visit a clinic for a consultation and for medically induced abortions, there or at home. Under emergency legislation in late March, in force for the next two years, the same service can now be provided entirely online. No ultrasound is needed in most cases, and pills are sent to homes.

Aiken’s research analyzed demand for Women on Web’s services in eight European countries: Five countries saw significant increases, while England was the only country where requests decreased. She attributed this to women having their needs met through the formal health-care network.

“If the outcomes of these abortions are just as good as the medical model we had before, why not make this the status quo?” she said.

In Northern Ireland, the coronavirus was a “quirk in the system” that served as the final push for implementing services, said Dawn Purvis of Alliance for Choice, an abortion advocacy group there.

Last year, the British Parliament ruled that Northern Ireland’s highly restrictive abortion laws contravened Britain’s human rights obligations. By March 31, it said, Northern Ireland’s devolved government had to make abortion services available. Before that, those seeking one were forced to travel to elsewhere in the United Kingdom.

The rollout was rocky. Abortion remains contentious in Northern Ireland, and the conservative Democratic Unionist Party strongly opposes the procedure. Activists accused the health minister of stalling implementation, leading to a brief period when women had to travel by ferry to England for abortions after airlines cut services. By mid-April, medical professionals offered abortions as required.

Still, Purvis said she worries about “the most vulnerable women” — like those who are poor, migrants or caught in abusive relationships.

“The coronavirus restrictions have enabled some, but disabled many, many others,” she said.

Poland has one of Europe’s most restrictive abortion laws, which Parliament discussed tightening in April. A similar proposal met with mass protests in 2016. This time, women similarly took to the streets — but in violation of coronavirus-related restrictions.

Around Europe, access has not been even. While some countries declared abortions an essential procedure, others, such as Romania and Croatia, did not. In Italy, Human Rights Watch accused the government in June of failing to ensure time-sensitive reproductive care.

As The Washington Post has reported, some U.S. states have tried to ban abortions by classifying them as elective medical procedures that were stopped as part of coronavirus emergency orders.

U.S. officials in May accused the United Nations of using the pandemic to promote abortions through emergency aid for sexual and reproductive health services — a charge it denied. President Trump has banned U.S.-funded health-care providers from providing or discussing abortions. Democratic presidential nominee Joe Biden has pledged to overturn that rule if he wins in November.

Tired of waiting for asylum in southern Mexico, thousands of migrants march north