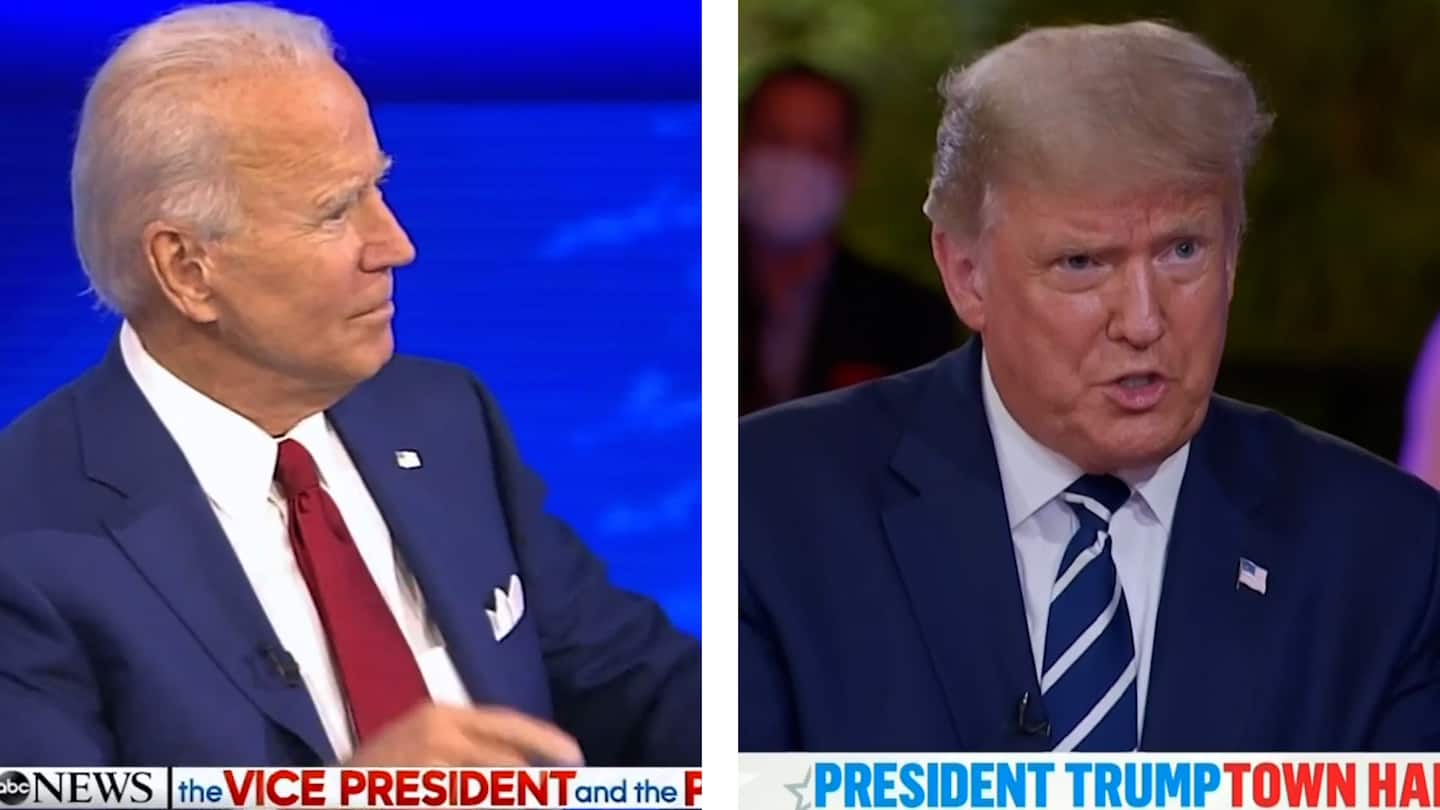 According to ABC, “The Vice President and the People” is the network’s most-watched prime-time telecast since the Oscars in February.

These figures from Nielsen includes streaming services such as Roku or Apple TV viewed on television sets. While both town halls began at 8 p.m., Trump’s NBC event lasted one hour, whereas Biden’s went on for an additional 30 minutes, spilling into the 9 o’clock hour.

These final numbers slightly narrow the ratings gap for NBC from Nielsen’s preliminary data earlier in the day, which counted television-only viewers and found 13.9 million watching Biden compared to just over 13 million who watched Trump across the three networks.

The second presidential debate had been scheduled for Thursday, but Trump refused to participate under the new rules established for it. The nonpartisan Commission on Presidential Debates had announced after the chaos of the first debate that it would “ensure additional tools to maintain order are in place for the remaining debates.” And after the president’s positive coronavirus diagnosis, the commission announced the second debate would take place virtually. When Trump refused to participate, Biden accepted ABC’s standing invitation to conduct a televised town hall Thursday.

In response, Trump accepted NBC’s standing invitation for a town hall, to take place at the same time as Biden’s — a move for which NBC was roundly criticized, given viewers would have to choose between watching Trump or Biden, rather than being able to watch both candidates live.

Both candidates have now participated in town halls hosted by ABC and NBC. Trump’s Sept. 15 town hall on ABC was seen by 3.8 million people, per Nielsen. Biden’s NBC town hall last week was seen by an estimated 6.7 million across the affiliated three networks.

Trump has a long history of fixating on television ratings, dating back to his time as a reality TV host on NBC. Even as president, he has chimed in on the TV ratings for everything from the Oscars to NFL games as evidence of his popularity.

More recently, Trump boasted about Republican National Convention ratings beating the Democratic National Convention by citing a figure that appears to have been sourced from a Fox News report that attributed the higher ratings figure to an unnamed Trump campaign official.

This story has been updated with Nielsen’s final ratings numbers.

Shopping with the pros: Sheila Bridges’s favorite picks from Anthropologie

The first debate was a horror. The second was scrapped. Now it’s up to Kristen Welker.

Why ‘moderation’ is the worst weight-loss advice ever

In a World Series Game 2 with an endless parade of pitchers, Rays top Dodgers to even things up

Lebanon names Saad Hariri as prime minister, almost one year after he resigned