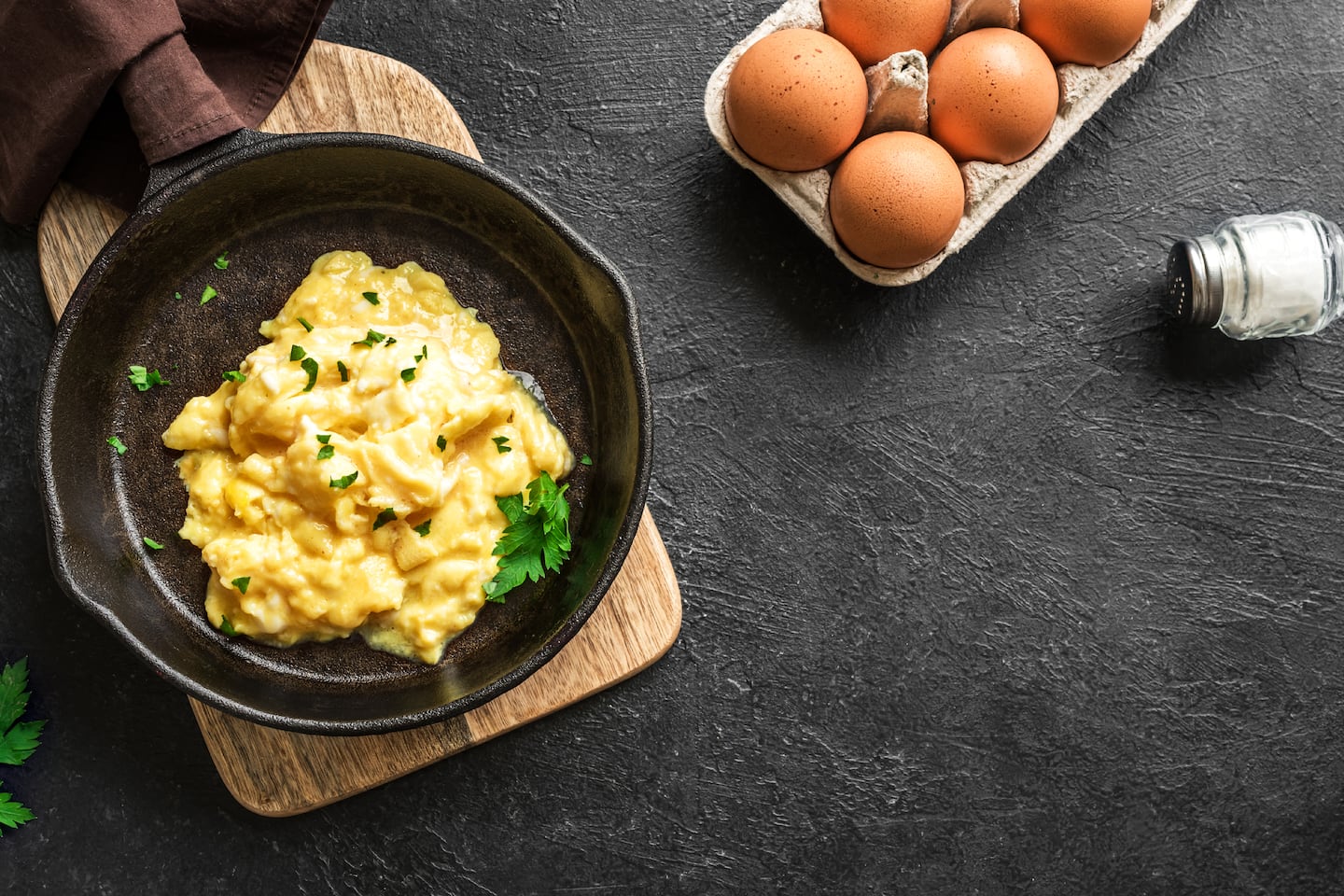 If we set aside the huffy comments about overcomplicating a simple food, there were actually plenty of great reader tips for how to make the breakfast, lunch and dinner staple. Here’s a selection, broken out by category.

The fat in dairy can help stave off rubbery eggs by keeping proteins from bonding too tightly and squeezing out water. Milk, half-and-half, cream and butter all can improve the texture and richness of scrambled eggs, but readers had other ideas for what they like to add. BASIL- goes with a tablespoon of sour cream or Greek yogurt per two or three eggs. Grateful Fed uses cream cheese. In fact, cheese was a fairly typical suggestion. Among the varieties: Quintascott recommends cottage cheese, Georgia Lib cheddar and Slick Salmon Boursin. I’m a fan of goat cheese, too.

In a somewhat related strategy, quite a few readers said mayonnaise is their preferred addition. It’s a bit similar to adding extra egg yolks to the mix, since mayo includes eggs, as well as other fat.

Quite a few readers advised skipping the skillet altogether and making scrambled eggs in the microwave. Says tempsperdu: “Start in 30 or 40-second bursts, stirring with a fork between each to break up the eggs as they cook, and then down to 20 seconds and less until the eggs start to look the way you want them. I also add little cubes of Swiss cheese, which slowly melt and seem to keep them moist and fluffy.” Business casual observer uses a lidded soup mug for cooking in the microwave. Mishte says some of the same advice for a skillet applies in the microwave: “residual heat is key — don’t overcook.”

Naturally, commenters offered different ideas on when and how much to scramble. Multiple said they prefer to crack the eggs directly into the skillet and only then start stirring and breaking them up. InsidiousRex1 likes to whip the egg whites first and then add the egg yolks back in to combine. To get a light and fluffy result, DB_Austin beats “vigorously in a bowl with fork until air bubbles are seen.”

I get the best results when I use a traditional nonstick skillet — no egg adhering to the bottom and burning. Camelofdk endorses a ceramic nonstick, as do several other readers. Well-seasoned cast iron is another option, and that’s the equipment Haird prefers, adding olive oil right before the eggs go in. A couple of commenters recommended a wok, including gregmuon, who goes with very high heat: “watch them bubble up and get crispy.” Or you can go the complete opposite direction with very low heat. Quite a few folks chimed in to swear by the double-boiler method, in which the eggs are cooked in a bowl set over a pan of simmering water. “It makes a big difference. Nice soft curds, no rubber, no char,” says Fred Garvin. Adds NDOKVHA, “It takes longer, but the results are well worth the time and effort.”

What are your keys to scrambled egg success? Share in the comments below.

In Official Washington, Chasten Buttigieg is a stranger in a (very) strange land

Carolyn Hax: How can he clean if he doesn’t see dirt? A marital mystery.

After months in lockdown, we need some new memories. But can you ‘make’ them?