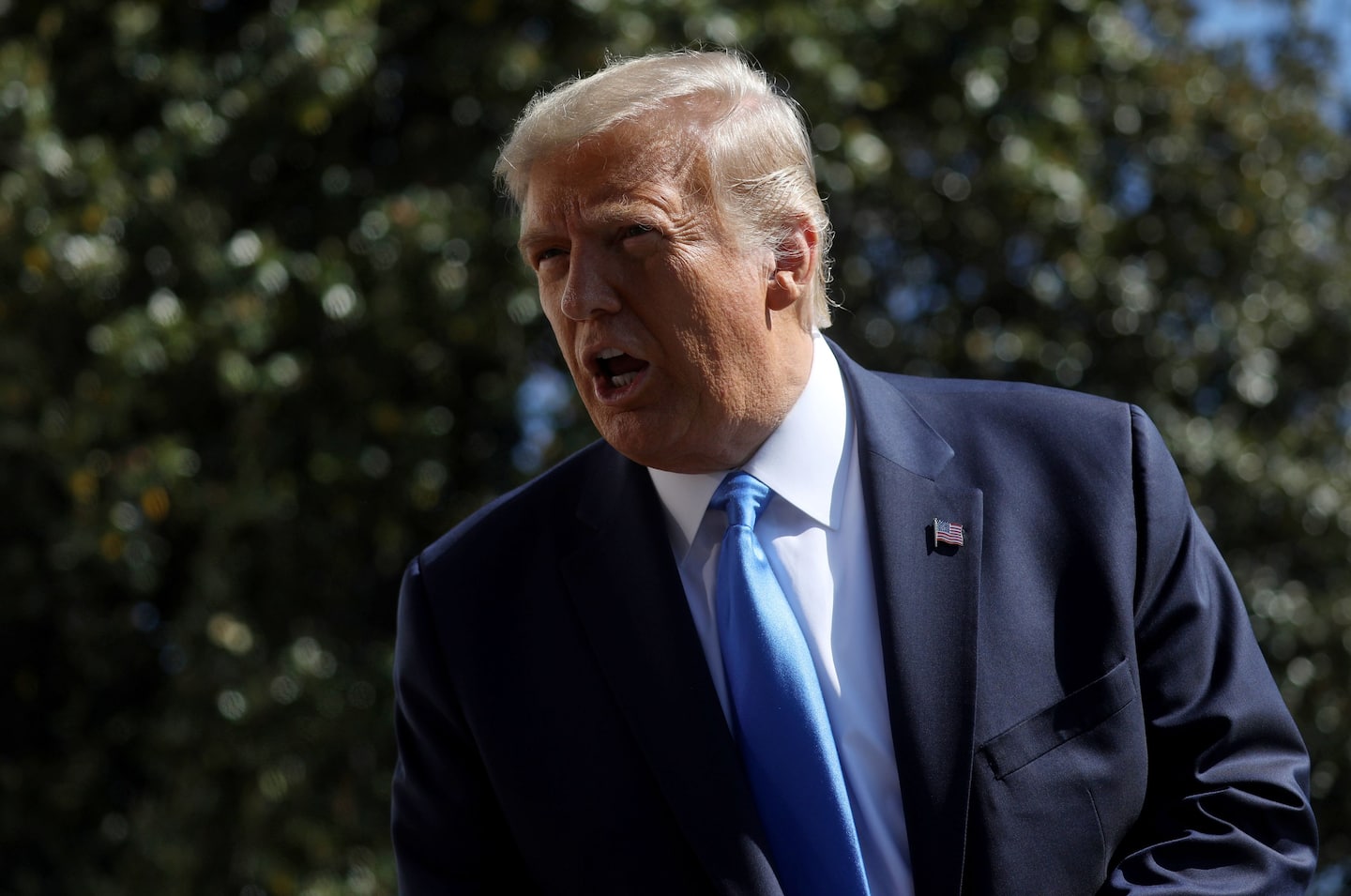 The resulting tweet looks almost like an original post, save for a small tag at the bottom of the video that reads “From Team Trump.” Unlike a retweet or quote tweet, the original tweet’s format is lost when sharing this way, making it harder to spot that the content has been shared from another user.

Trump is famous for using his Twitter account as a primary form of communication with the general public. He has made many major announcements on the site to his 87 million followers, including when he announced he had tested positive for the coronavirus earlier this month. He also uses Twitter to directly communicate with his supporters and boost their calls of encouragement. He often tweets and retweets dozens of times each day.

Trump has tangled with Twitter and Facebook regularly over the past six months as the social media companies increasingly crack down on tweets that violate their policies. In response, Trump has lashed out at the companies for “censoring” him and threatened to try to repeal a law that protects them broadly from liability.

His tweets have been labeled numerous times — with fact checks for claims he made about mail-in ballots and for violating policies against manipulated media, among other issues.

However, he has so far apparently avoided more serious Twitter sanctions, like those that have been doled out to his press secretary Kayleigh McEnany and son Donald Trump Jr.: locking the account until an offending tweet is deleted.

Twitter spokesman Brandon Borrman said the company only requires the original poster to remove the material that violated content.

“We only take enforcement action on those who uphold it organically,” he said.

It’s not the first time Trump’s campaign has born the brunt of the crackdown from social media companies.

In August, Twitter locked the campaign’s account until it removed a video in which Trump said children are “almost immune” from the coronavirus. Trump had also posted the video by sharing the campaign’s tweet. His account was left untouched, but after the campaign removed the video, it was also removed from his tweet.

This week, Team Trump’s account was again locked until it removed a video about Biden that related to a New York Post article reporting that Trump’s personal attorney Rudolph W. Giuliani and his former top adviser Stephen K. Bannon claimed to have obtained and leaked a trove of private materials from Hunter Biden. Some of those suggested the younger Biden once gave a Ukrainian executive the “opportunity” to meet the former vice president. The Biden campaign said his schedule indicated no such meeting took place.

Twitter and Facebook both took quick action to limit the sharing and posting of the article, even before their partners had fact-checked it. That decision drew ire from Trump and his supports. Trump called the decision “terrible.”

A message from Twitter posted by a Trump campaign staffer showed that Twitter said it violated its policy against posting private information when it posted the video about Biden later that day. Campaign spokesman Tim Murtaugh accused Twitter of trying to rig the election.

“This is election interference, plain and simple,” he said.

Trump had shared the same video from the campaign’s account. Trump’s tweet is still up, but it now shows a link that takes app users to a notice that reads “This Tweet violated the Twitter Rules.”

The White House referred a request for comment to the campaign.

Twitter offers a few ways to share others’ videos and photos without retweeting them. One is by pressing and holding on the video using the phone app and choosing “Tweet Video.” Another is by finding the tweet’s embed code, usually used to add tweets to a website, and editing it down to a certain part.

By sharing it in this way, which shows the original video’s views, Trump is making his post seem more influential, said Jennifer Grygiel, a professor at Syracuse University and social media expert.

“I think that he knows that his @realdonaldtrump account is pretty much immune to most things except for some of these direct violations,” Grygiel said. “I think that he gets away with even more.”

Section 230: The little law that defined how the Internet works