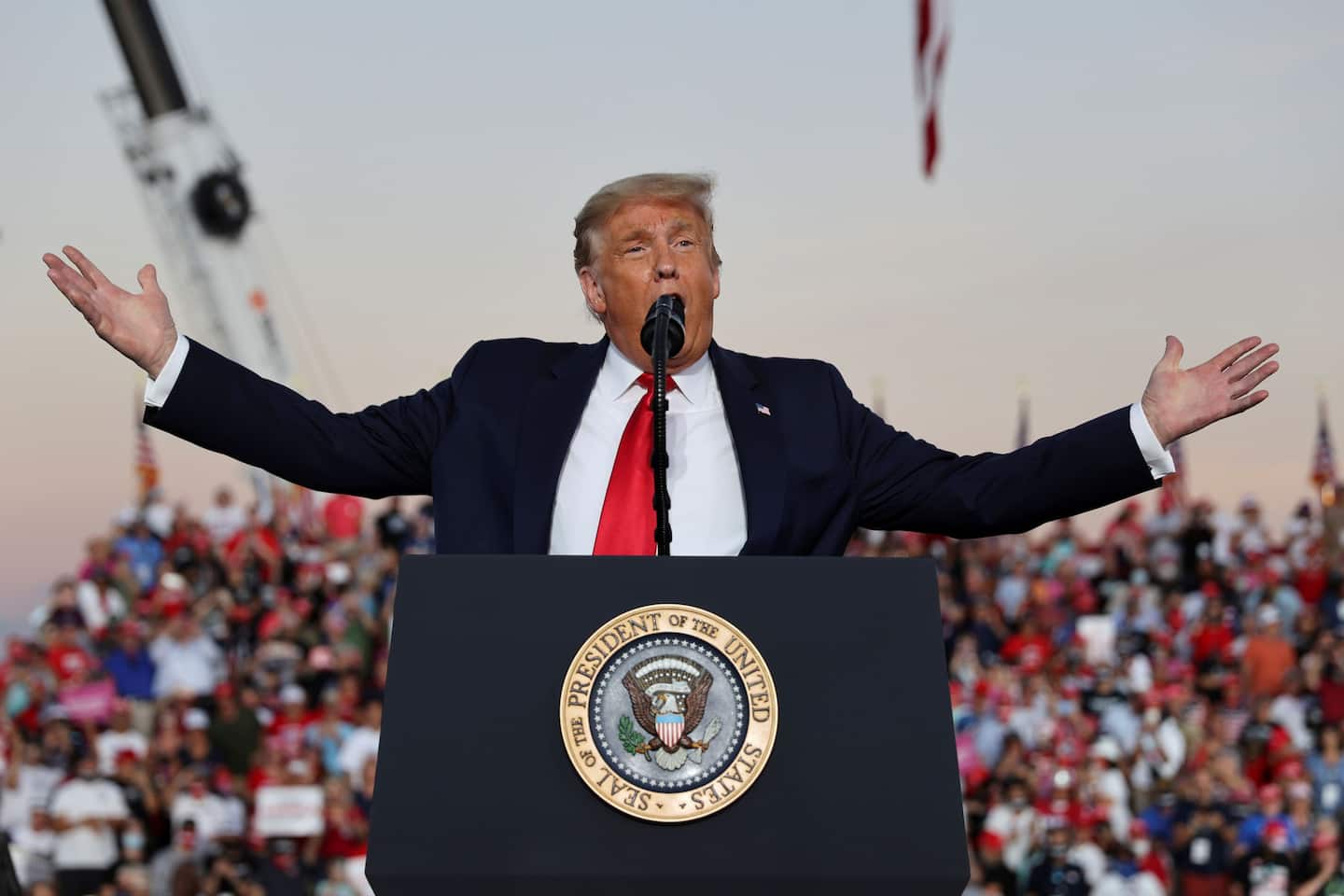 This is transparent garbage, and not simply because I know of no workplace outside of television where the top dog is constantly stymied by underlings and dark plots. It’s because both Trump and his Republican enablers are quite competent and capable of action when it comes to serving their own needs, and those of the most monied Americans.

From almost the beginning of the U.S. response to the coronavirus pandemic, it has been clear that while many Americans were going to suffer economic losses, one rather small group would do just fine: the wealthiest Americans. The economy is “strong,” as Trump said at NBC’s Town Hall Thursday night — strong, that is, if you are a member of this lucky cohort. Even as tens of millions of Americans lost their jobs — almost another 900,000 in the past week alone — and lines at food banks stretched for miles, big-money interests barely felt a thing.

Trump, for all his protestations to the contrary, remains uninterested in the plight of the less-than-well-off. Sure, he says he wants a “big” deal on the stimulus and that it’s his treasury secretary, Steven Mnuchin, who “hasn’t come home with the bacon” and made it happen. Please. If Trump were serious, the person he would call out isn’t Mnuchin or House Speaker Nancy Pelosi (D-Calif.) but Senate Majority Leader Mitch McConnell (R-Ky.), who has refused to commit to putting a White House + House Democrats deal, should one be reached, up for a vote on the floor of the Senate.

What Trump and the White House remain engaged in is helping themselves, and their wealthy friends and supporters. The New York Times came up with the receipts this week. First, there was yet another installment in its series on Trump and his taxes, this one centered more on his activities in the White House — or, as the Times put it, “the swamp that Trump built.” It quickly became known among lobbyists and those seeking favor from the administration that joining Mar-a-Lago, (where the initiation fee doubled shortly after Trump was elected president, and is now $250,000) buying drinks at the Trump International Hotel in D.C., and hosting meetings and conventions at family-owned properties was a way to make a favorable impression.

Many people, including The Post’s David A. Fahrenthold, have made these point again and again, so much so that Norm Eisen, co-founder of Citizens for Responsibility and Ethics, told me in 2018, “The president is essentially holding out a tin cup and shaking it.” But the Times put the pieces together in a devastating way. Somehow the deep state so desperate to stop Trump couldn’t put an end to that epic money-making spree.

And then there is the fact that even as Trump and his advisers played down the threat of the coronavirus to the public this past winter, they made sure connected insiders got word that things were not looking good. According to the Times, administration officials in February told a gathering of board members from the conservative Hoover Institution that they could not predict the virus’s impact on the economy — a message that many in attendance rightly took as a warning. A hedge-fund consultant attending the gathering wrote up a dire summary of what was said, one that quickly made the rounds of connected Wall Street insiders.

This was hardly the only way word got out. Take the case of Sen. Richard Burr (R-N.C.), now under investigation for his February stock sales. Even as he assured the public all was A-OK, he told private groups of donors a different story, warning them, for example, the virus might cause them to “alter your travel.”

Trump and Republicans have played a neat trick these past four years, claiming to act on behalf of the economically and politically disenfranchised, and then getting them to turn a blind eye to the fact that their own actions in office are designed to line the pockets of elite supporters. But as the coronavirus pandemic continues to claim victims and disrupt lives, the evidence of Trump’s perfidy is harder than ever to ignore. Little wonder some turn to outlandish conspiracies such as QAnon to justify their continued belief in Trump. As crazy as it is, it’s less embarrassing than admitting you are just another patsy in Trump’s lifelong con.

Why winning rural areas should be a progressive priority